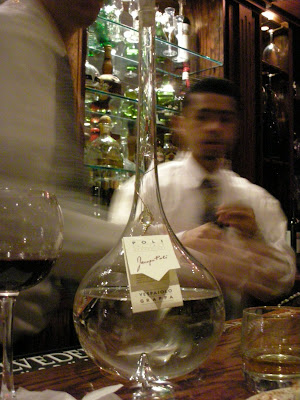 This past Tuesday I had the privilege of attending the grand re-opening of Il Punto Ristorante, formerly named Osteria Gelsi. Guests were treated to a generous sampling of the restaurant's authentic Italian fare, as wine, prosecco, and cocktails flowed free like the Tiber River itself.

As is my nature, upon entry I immediately shot to the bar for a cocktail. And as is my tendency when in an Italian restaurant, I ordered a Negroni served straight up, to start things off properly.

While enjoying my Negroni the bartender George (along with a few regular patrons) suggested I try the special Smokey Martini--like the original martini except vermouth is omitted, and instead the inside of the martini glass is rinsed with a Scotch that has notes of peat which impart a smokey flavor (traditionally of the Islay variety), and the vodka or gin is stirred alone with the ice and strained into the glass. I'm not one to go against the grain alcohol, so I ordered one. Not only was it tasty, but to my delight they used my favorite single malt Scotch, Ardbeg.

Eventually I managed to pry myself (temporarily) away from the bar to sample the fare, which was offered both in the form of passed hors d'oeuvres as well as food stations manned by the chef himself, Michele Orsino. 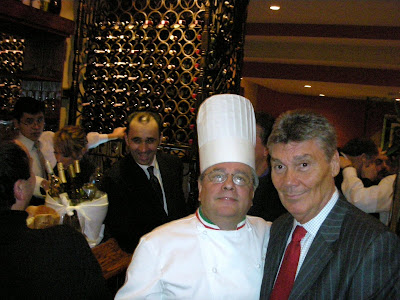 For some reason (probably because of the initial cocktails) I didn't end up with good quality pictures of the food that could do it justice, so I'll just go ahead and rely on the old school power of the word instead. Of the numerous offerings, the standouts were the seared pepper-crusted steak hors d'oeuvres, stuffed roasted pork, and the risotto with peas.

For dessert we were offered tiramisu and Italian cheesecake. I opted for the tiramisu and polished it off with a couple fingers of Ardbeg, the smokiness of which paired so amazingly well with the espresso flavor in the cake--although in hindsight I regret not following the crowd and trying some of the grappa from their collection, such as the one in the picture above.

As far as Italian restaurants go, in my experience they tend to fall in two general categories. One is the fancy and often ultra-upscale type that's often tailored to the foodie crowd, with big celebrity chefs lending their names and reputations, where one may be hard pressed to find a single Italian beyond what is on the plate. The other type is the more humble neighborhood restaurant that tends to be family owned and operated. Il Punto falls into the latter category, to the point where it was like being invited to an Italian family celebration, replete with the Opera-bellowing relative and all (yes, there was an old guy singing). In the end I could not ask for greater generosity from strangers, nor greater conversation from a bartender--two principles all restaurants should live by. 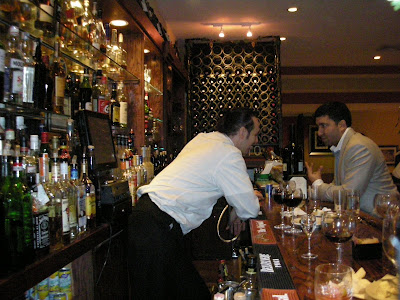