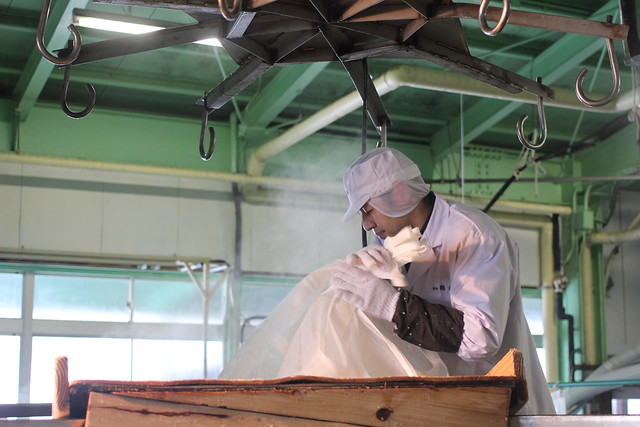 Kayoko and I go to Niigata every February. Our friends in Tokyo gasp in horror, "Why would you go somewhere so cold? In the middle of February?" The reason is kind of simple: it's low season and getting around is cheap and less crowded. And the cold is not actually that bad. The locals are so used to getting snowed-in that snow plows are rotating regularly, keeping the streets clear and walkable. It's also really charming to go to snow country when it's actually snowing. These neat piles of snow reminded me of giant mille-feuille! 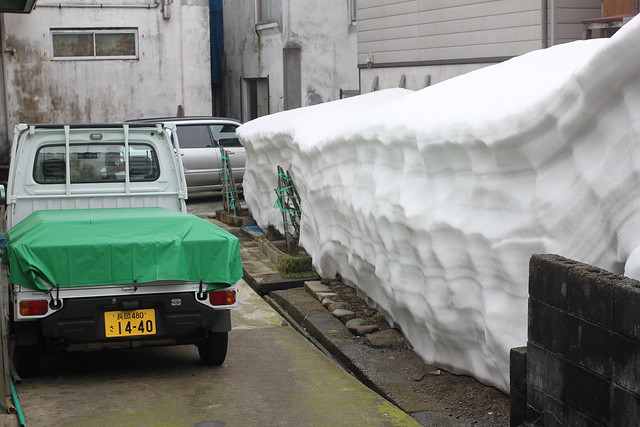 During our last visit to Niigata, we were lucky enough to go to two sake breweries. With our new offerings back home in Oakland, we were excited to delve deeper into the sake world by visiting these generations-old breweries. One brewery we visited was the Aoki Brewery in the little town of Shiozawa. The main road in Shiozawa is perfectly preserved and it felt like a scene out of Totoro. Little wood storefronts stand side by side. 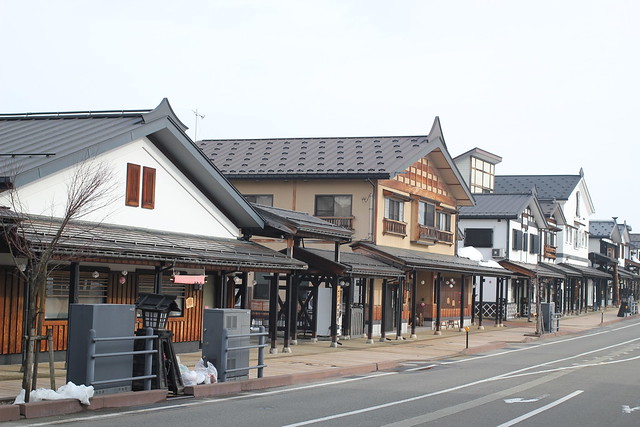 It was really relaxing and picturesque. There was a moment I thought about how I'd love to retire here, as I stood outside the brewery. 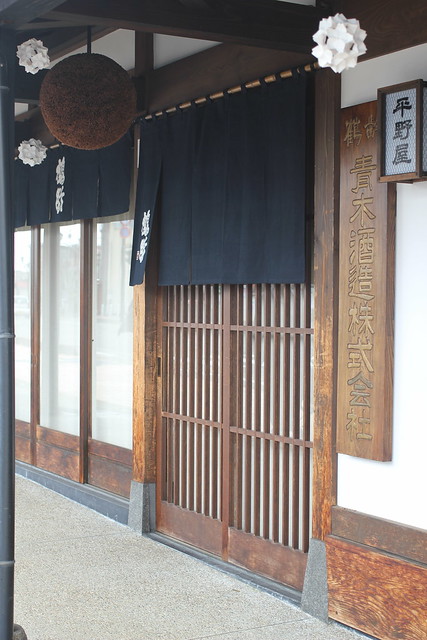 When we stepped out of our taxi, Mr. Abe greeted us into the nearly 300 year old brewery (in its 12th generation). He gave us these nifty hairnets and lab coats! We were happy to pile on more clothes. 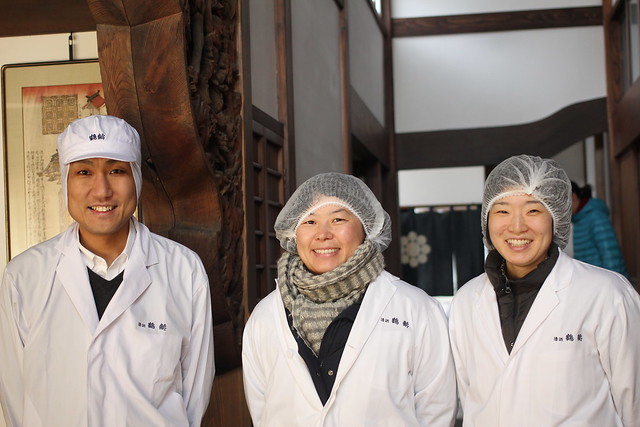 I was frankly not very happy that our appointment was at 8am when I was rolling out of bed at 6am. But once we were there, I was really glad to be there that early, since most of the action at sake breweries happen early in the morning, including the handling the steamed rice. 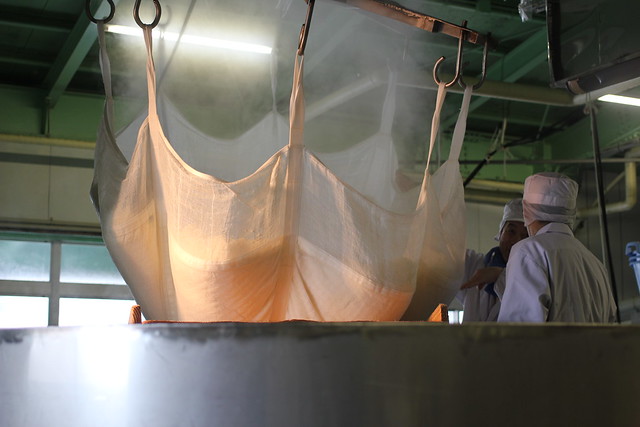 It's all about the rice! 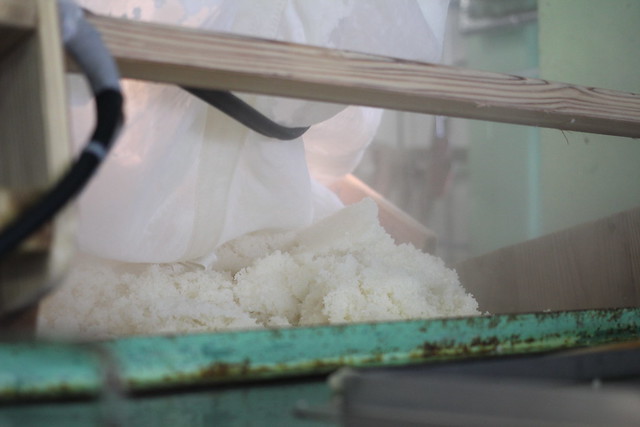 Here's some rice polished down to 55% of its original size. For the next ginjo batch perhaps? 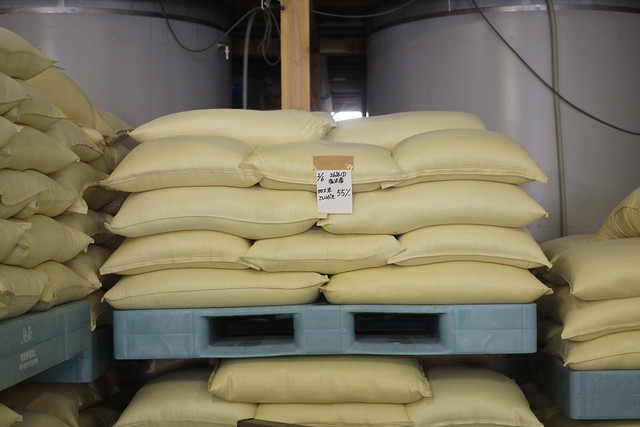 Always thank the sake gods. A female god, of course! 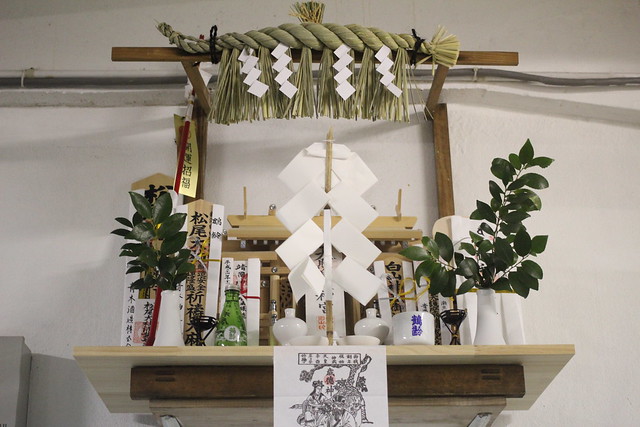 These are some of the different yeasts they use for various sakes: 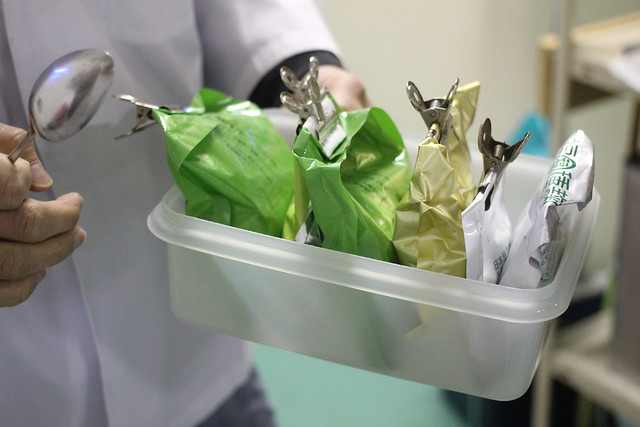 Here's the piece of equipment that has catapulted Aoki Brewery into the future of sake-making: 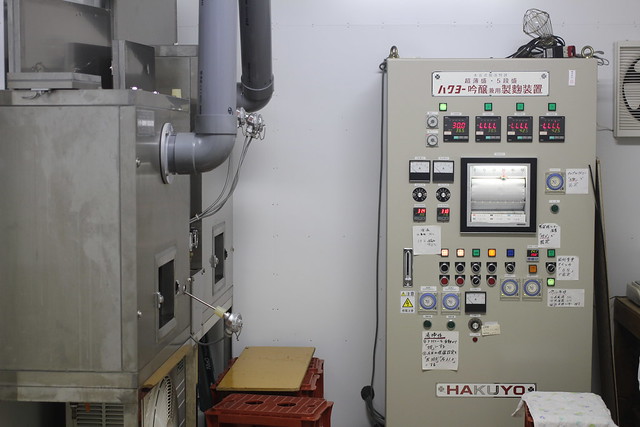 This machine replaces the job of a brewer keeping vigil all night to make sure that the temperature of the rice for the shubo (main mash) stays at an optimal temperature. This machine will keep the temperature constant automatically, rather than a human turning the dial every 30 minutes. Mr. Aoki informed us that this cost as much as a down payment on a house in Shiozawa! That was as close as we got to a robot in Japan. When we went into the next room there was a human, who is still required to monitor the fermentation process. 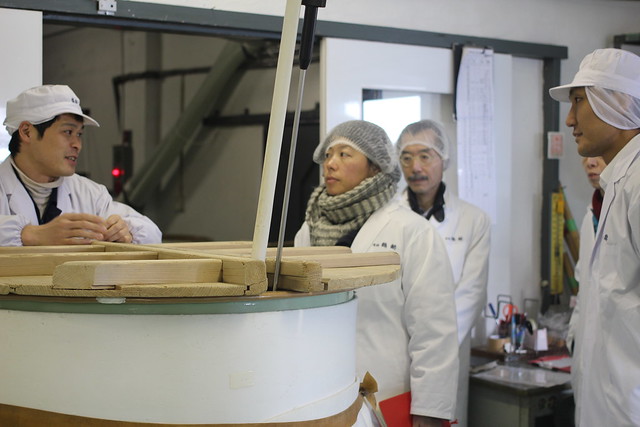 Notice everyone's smooth skin (another benefit besides the obvious, to working at a sake brewery). And then we moved into yet another room where sake was fermentation to meet the happiest sake worker in the world! 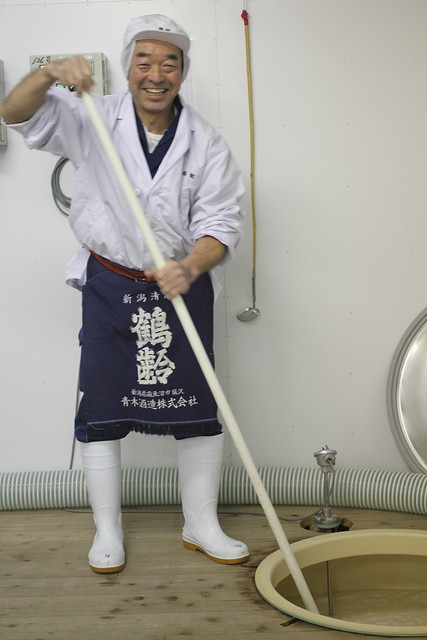 Again, notice that skin, as shiny as the rice he brews! Bubbling fermentation. 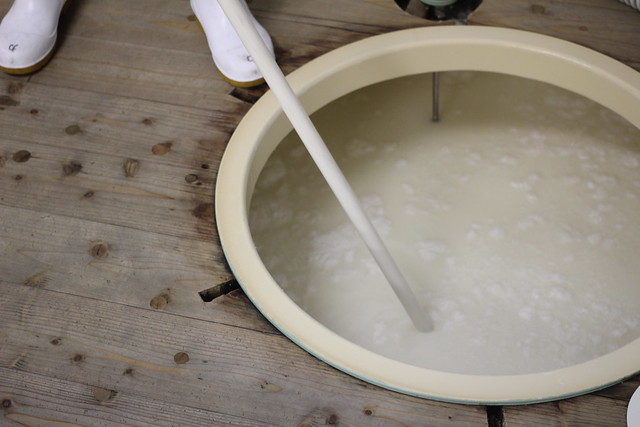 This Yabuta press is used to squeeze the clear sake liquid that we are familiar with from the sake lees. 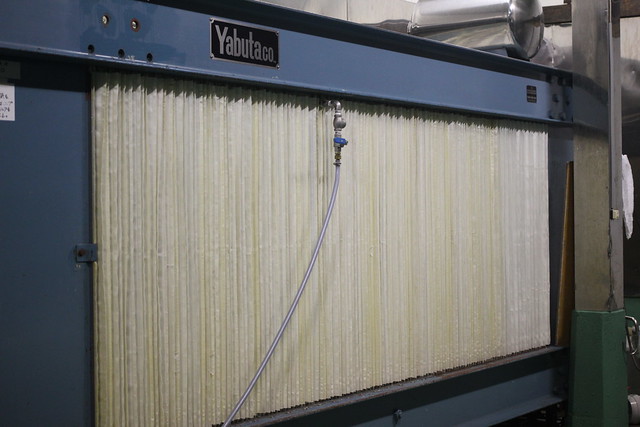 Mr. Abe took us down a row of aging tanks. Sake typically ages for 3-6 months. 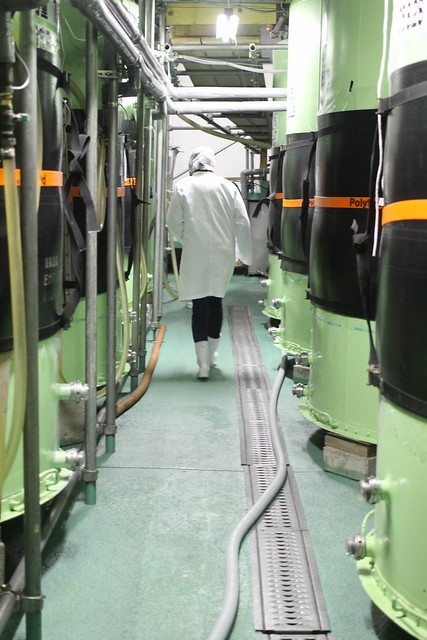 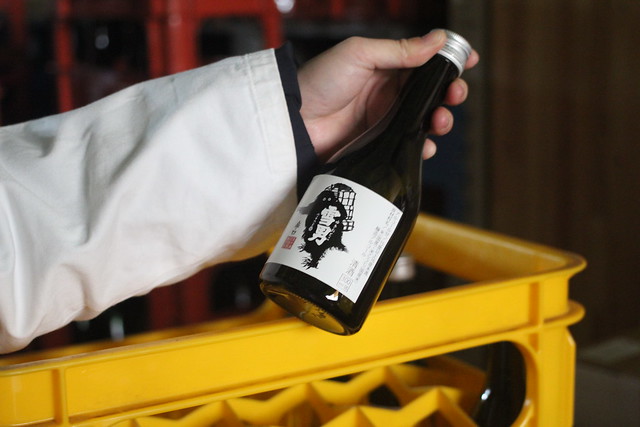 This is also the same monster logo we saw at the Niigata Beer Company, who makes cider for them using the water from Aoki Brewery. In Niigata, nearly all 90 breweries have their own on-site water source. No droughts here. Sake-brewing season happens during the coldest months of the year, early in the morning. Our timing was perfect! The lights were shut off and steam was skimming off the surface of the big water bath as we walked out. 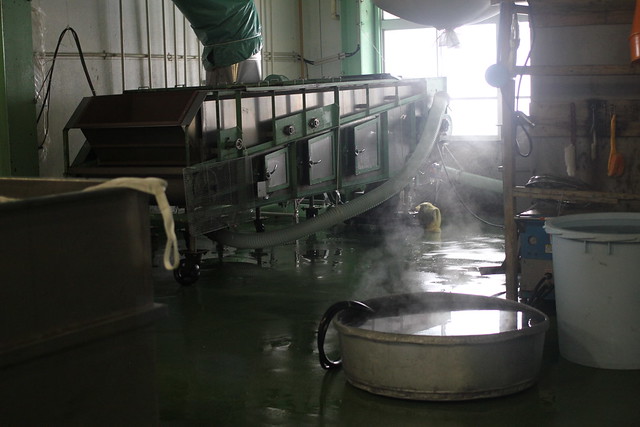 We currently sell a junmai ginjo and an umeshu (plum wine) by Aoki Brewery. We look forward to carrying more sakes by them. Especially the Yukiotoko!