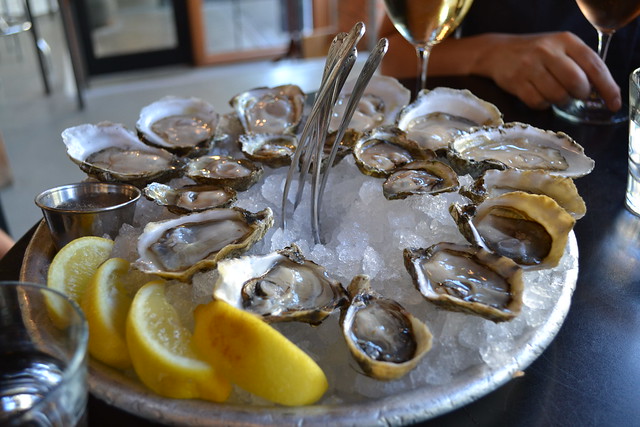 I've visited Seattle twice in the past year and I'm somewhat convinced that this city is the West Coast's best kept secret. The reason? FRESH SEAFOOD. 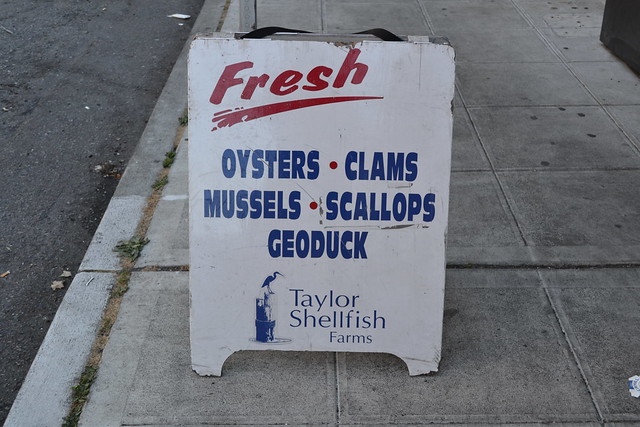 Shrimp, oysters, salmon and geoducks are everywhere and in gleaming abundance. We had a few recommendations for the best joints to go for seafood. We weren't picky -- we just wanted a lot of raw treasures from the ocean. I also wanted to check out Capitol Hill, so we drove over to Taylor Shellfish Farms in Seattle's version of the Castro. 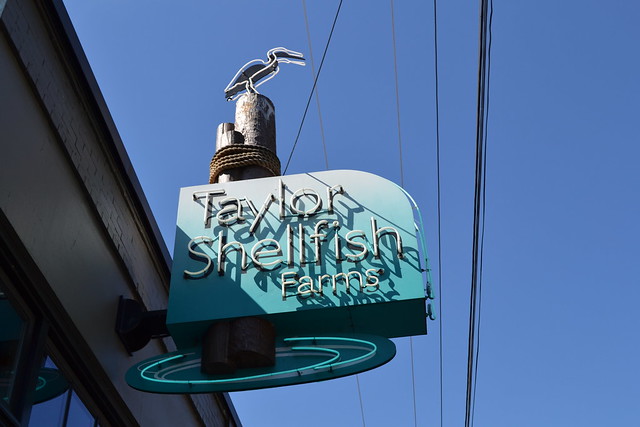 Taylor Shellfish Farms has three branches of its oyster bars in Seattle; and the actual oyster farm is about an hour and a half from Seattle by car in Shelton. The Capitol Hill location has huge floor to ceiling windows that invites the golden afternoon light. 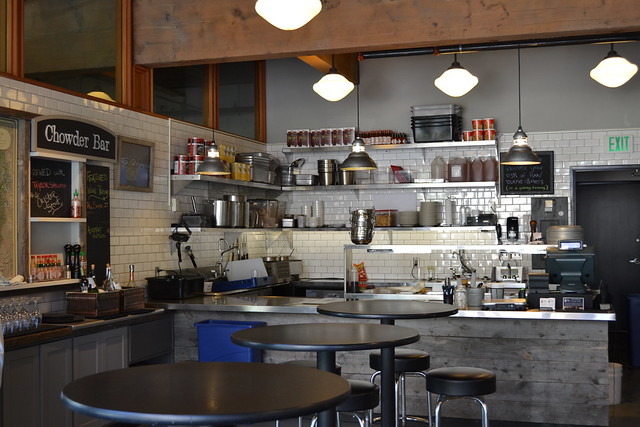 You can tell Kayoko was very excited to enter. 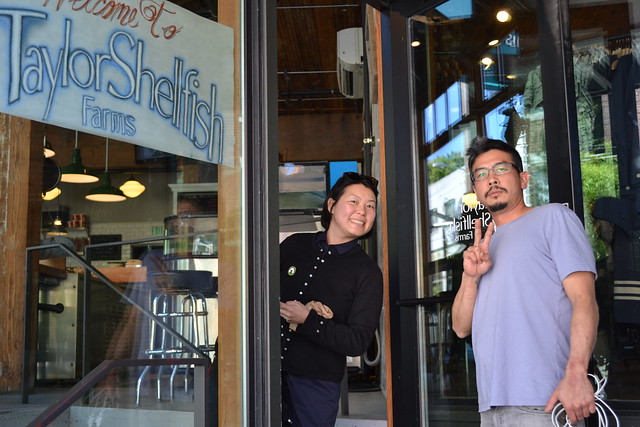 Inside, there were sinks filled with ice cold running water full of oysters. A rare sight in drought-stricken California. 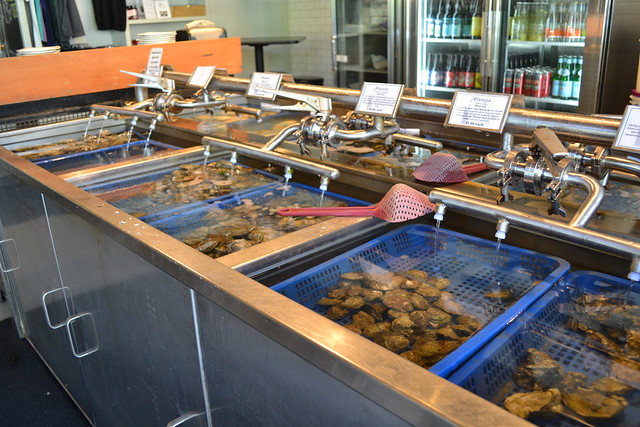 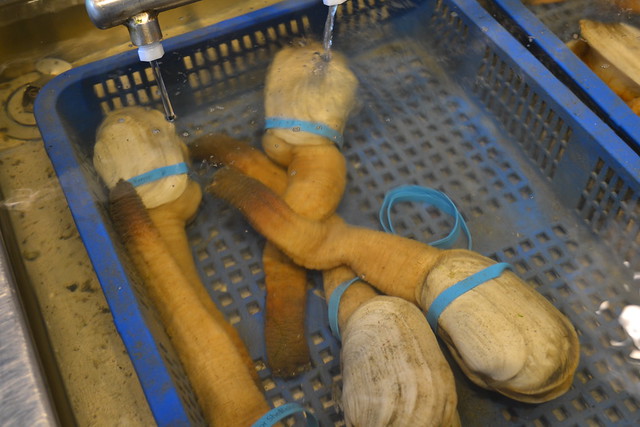 Here's a map showing where the oysters were harvested. 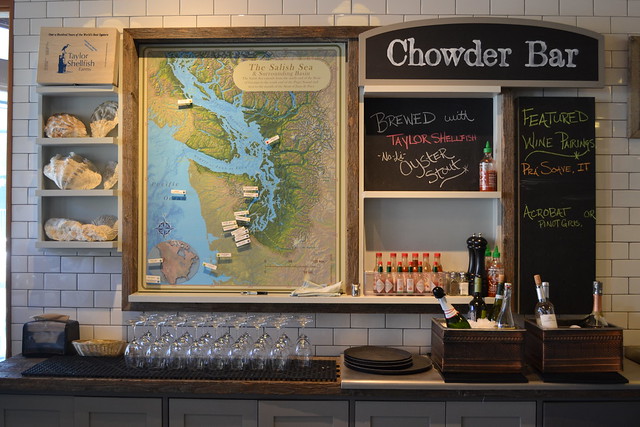 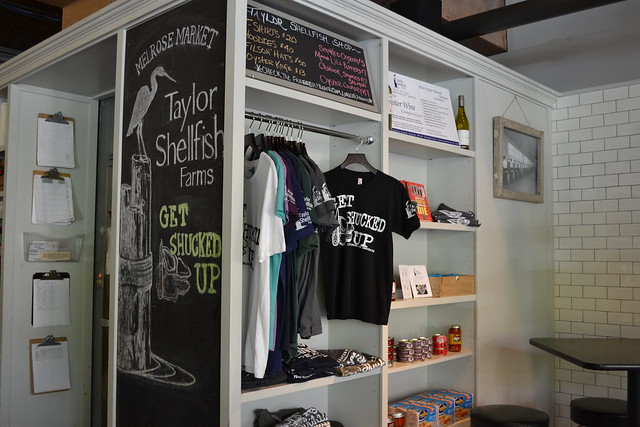 We ordered pretty much the whole menu and then ordered the stuff we really liked again -- like the geoduck!

We got three kinds of oysters: Virginicas, Olympias and Kumamotos. Both plates of oysters disapeared in minutes. The oysters were so fresh, and seemed to capture the crisp flavor of Washington water. I think we all agreed the creamy Kumamotos were the most irresistible.

The shrimp cocktail was ordered twice. Huge, plump and deveined for your convenience! 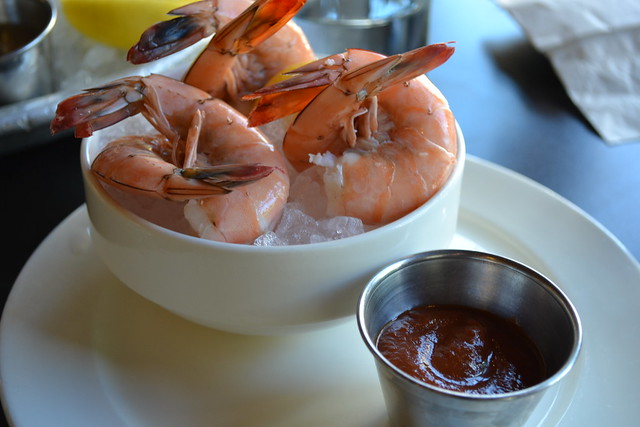 These potato chips with smoked oyster dip were a perfect pairing with the rosé we had. 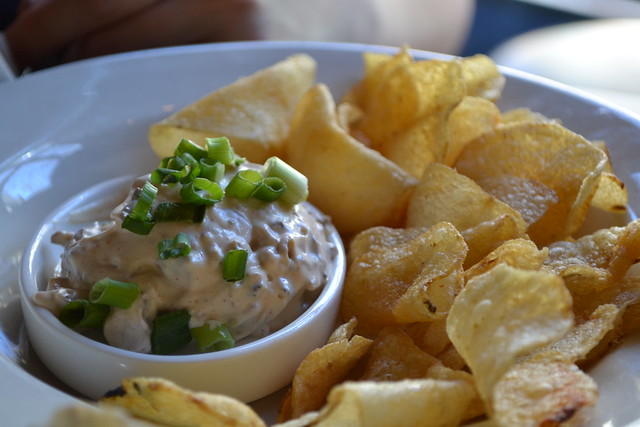 Believe it or not, this "course" was our amuse-bouche. From here, we went to the fabulous Blind Pig, which Kayoko blogged about two weeks ago.

Seattle, we will be back for more of your secrets!