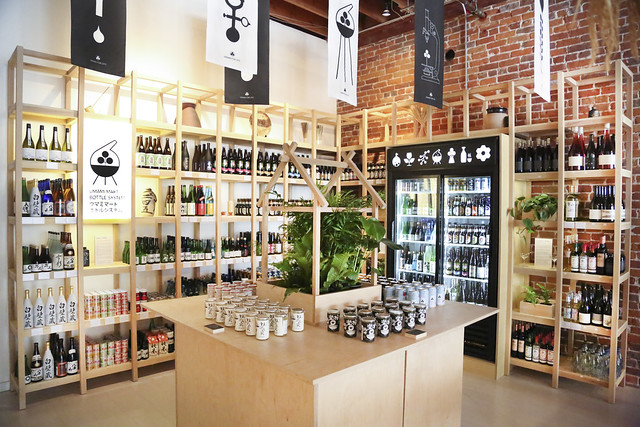 We did it. We patiently (or persistently, rather) waited for over two years to get to this point: selling Japanese beers and sakes at Umami Mart! It was a long, drawn out journey but it was all worth the wait.

As soon as we received our license to sell beers and wines from the lovely state of California back in February, we called up our designer Anders Arhoj in Copenhagen to get his pretty butt over here asap. We asked him to envision a bottle shop for us, but first thing's first: what would this bottle shop be called? At its entrance, Umami Mart is a kitchen and barware shop, and towards the back is the Conbini (all designed by Anders) -- our retail beer and sake section had to have its own distinct area, look and moniker.

That's when we all came to the conclusion of the name BOTTLE SYSTEM. We thought it was catchy, slightly fob-by (do people still say this, and is it ok?) and, ultimately, very Umami Mart. With this name in mind, Anders drew up a design that evokes the idea of a "system" -- the grid-like shelves are all 18 inches x 18 inches and is in a nearly perfect system.

We then asked our close friends Joe and Devin of Manual Labor to actually build the BOTTLE SYSTEM. They built all the furniture inside Umami Mart (AND helped install our white floors) and we weren't about to entrust the job to any one else. There were a few moments of skepticism, and a certain point it did not seem like Anders' drawing was ever going to actually manifest itself. But our guys pushed on and made it happen. I mean, the BOTTLE SYSTEM looks exactly like the drawing does it not?!?!

Two weeks ago, we unveiled our BOTTLE SYSTEM, in real life. Signed, sealed, delivered, it's yours! Of course, we had an awesome party to celebrate with our community. We were setting up until the last possible minute and did not take any photos, shame on us. Here are a bunch by our friend @samayoukodomo, check them out!

The Umami Mart BOTTLE SYSTEM is America's first beer shop focusing solely on craft brews from Japan. We also sell sakes chosen by our Certified Sake Specialist Yoko Kumano; wines and vermouths. We hope you like our selection and welcome feedback.

Well I won't bore you with any more blabber. I'll let the photos speak for themselves -- all taken by photographer Vanessa Castaneda of our famed Happy Hour column. Enjoy! 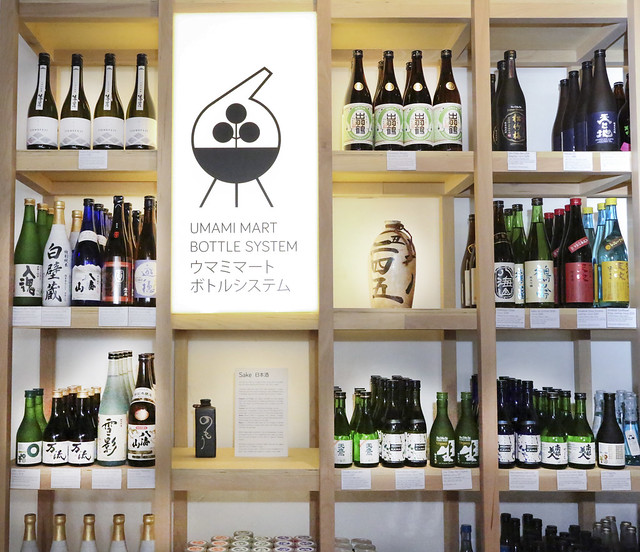 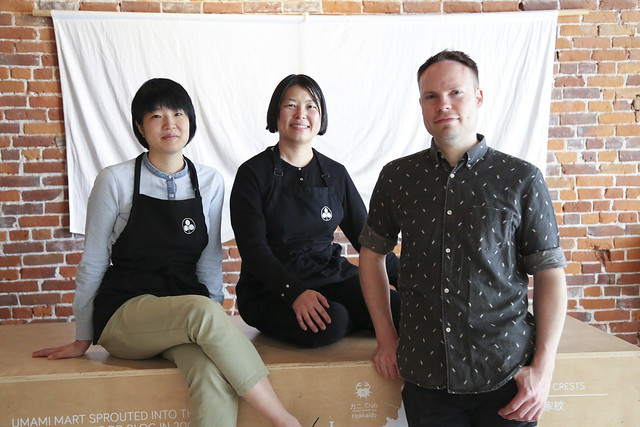 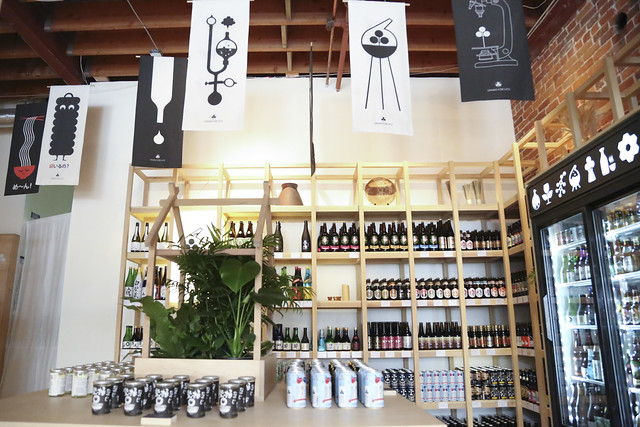 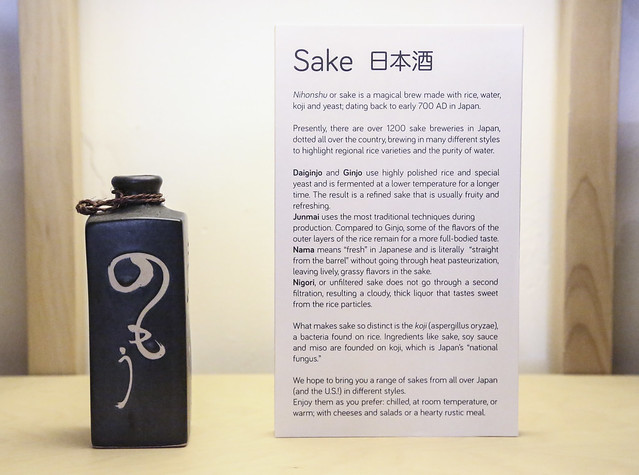 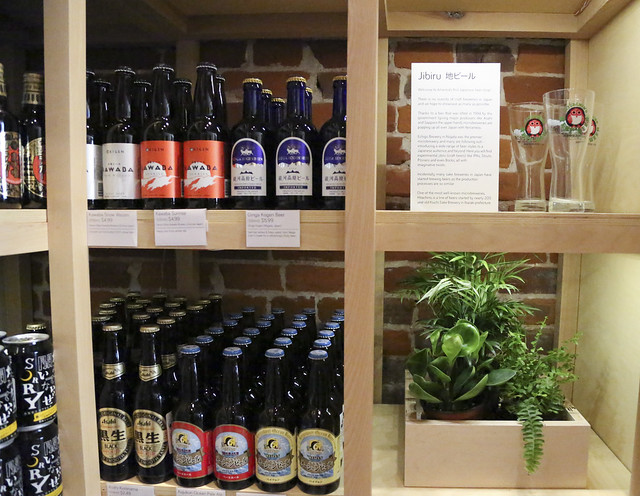 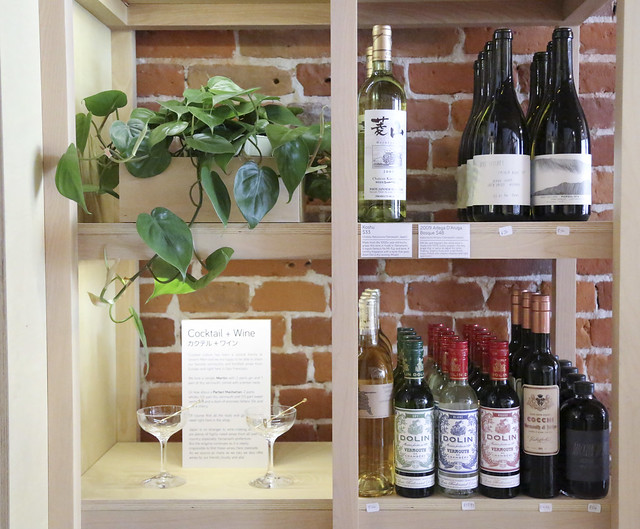 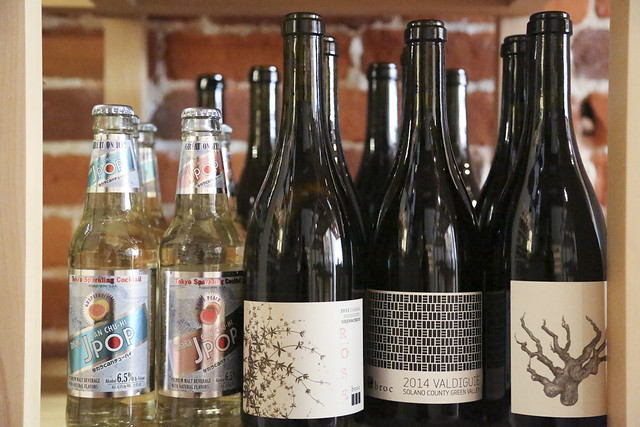 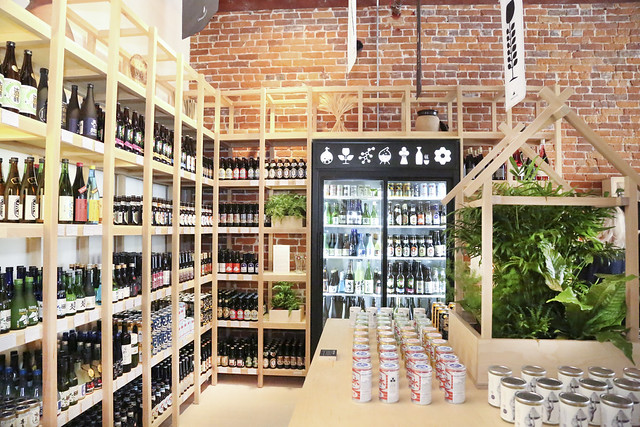 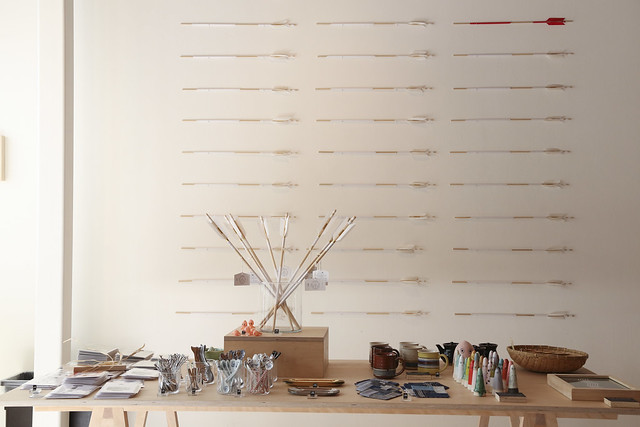 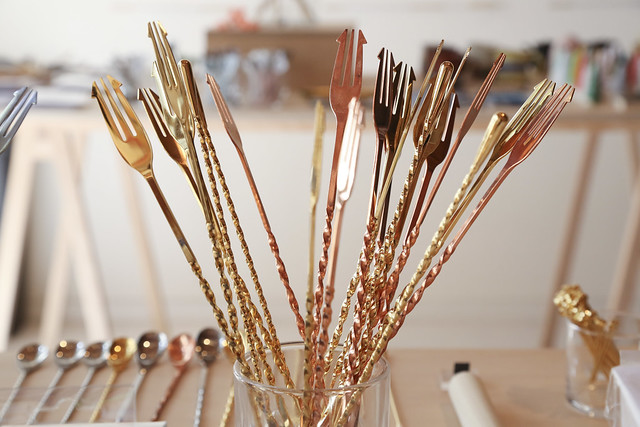 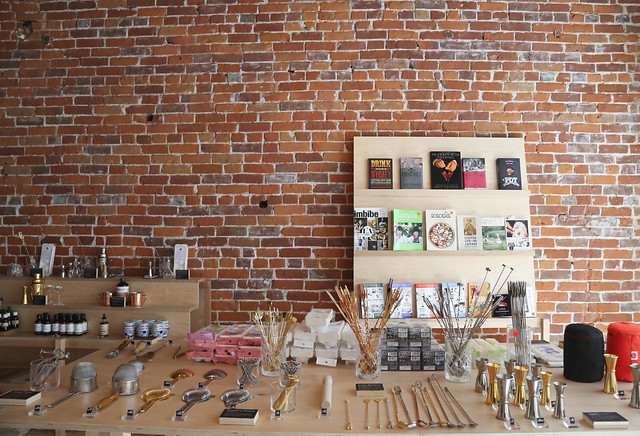 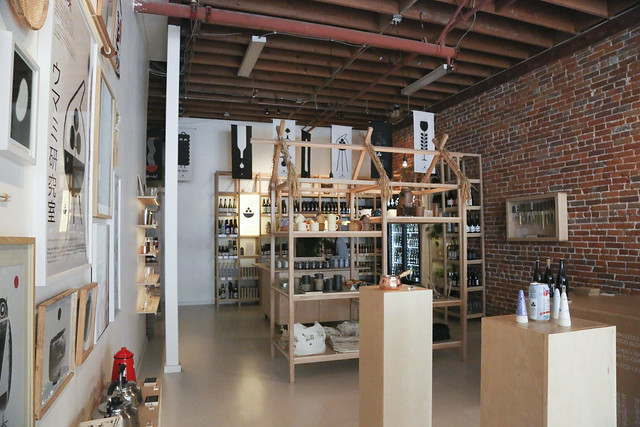 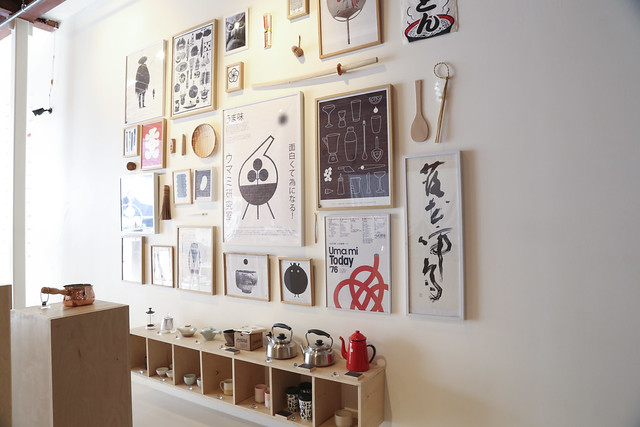 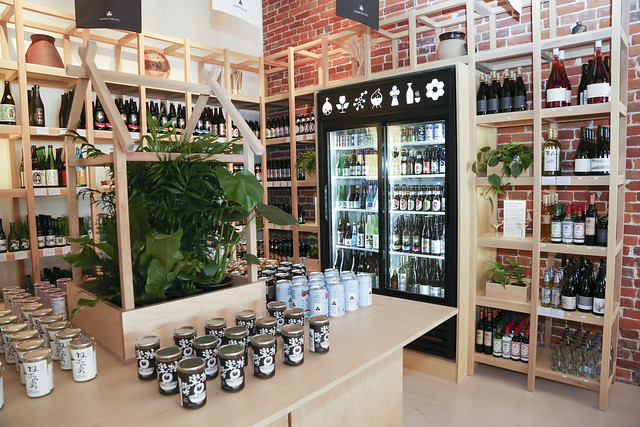 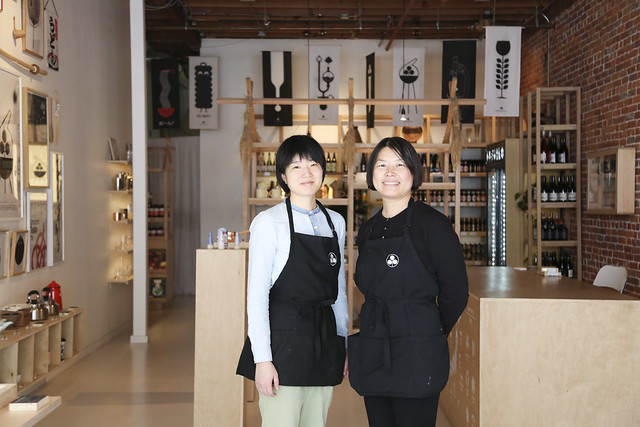 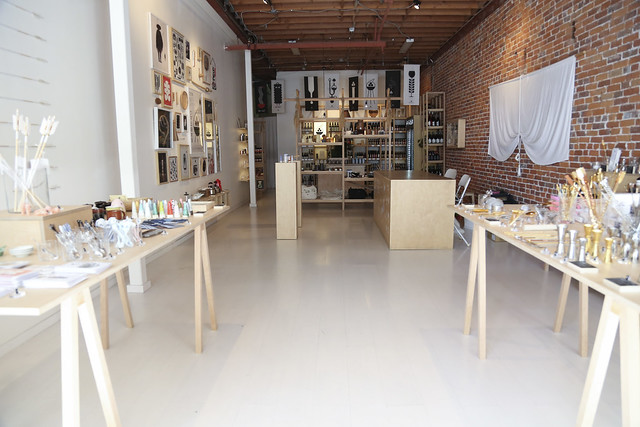 Maybe the most awesome Japanese kitchen and barware shop in the entire world?!?! Yes, I'm modest. 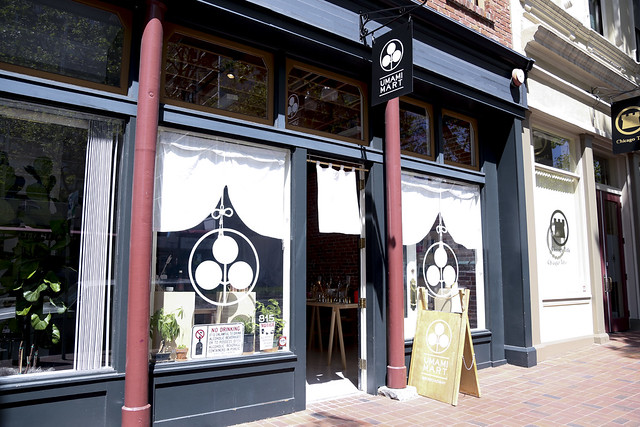 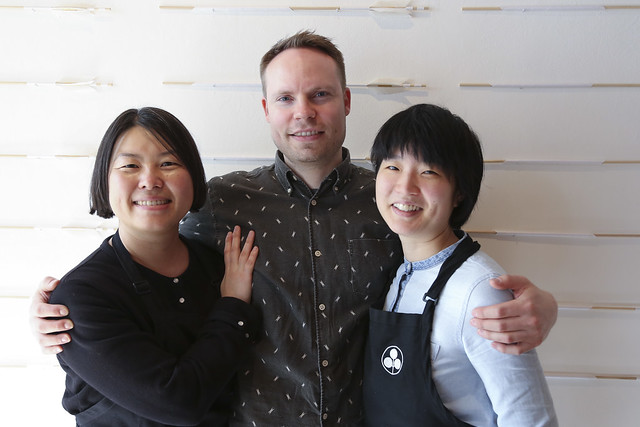 We want to thank our ABC rep Mayme, City of Oakland rep Dave V., Rod and Kerri for speaking up for us at the town hall meeting, and everyone in our community for supporting our vision for our BOTTLE SYSTEM.

Also a big thank you to Chris and Sarah, our two employees, for being a part of the team. We couldn't do this without you both!

A special thank you, hugs and high fives to Anders Arhoj of Studio Arhoj and Joe + Devin of Manual Labor for all your work to make the BOTTLE SYSTEM a reality. Especially for saying YES even if you secretly think Yoko and I are totally bat shit crazy.

And we are! We won't stop! We have much more in store for the BOTTLE SYSTEM and Umami Mart so stay tuned. We are out of our minds and we hope you like our hair-brained ideas. Like becoming America's first Japanese beer shop!

Thanks for supporting us! Come visit us soon!