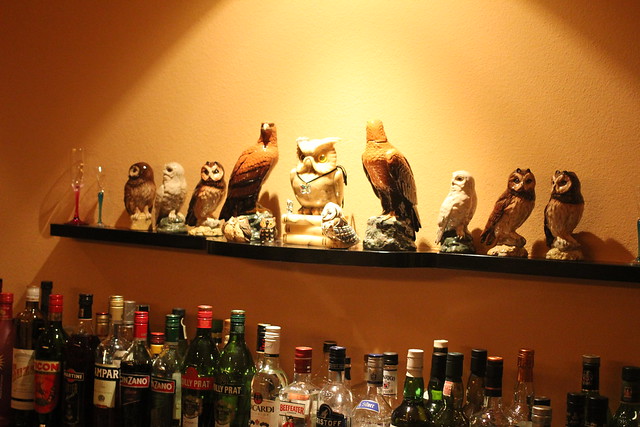 When we mentioned to Mr. Akio Watanabe, owner of Bar EST! in Tokyo that we were heading to Niigata, he recommended that we visit Bar Owl. It was one of those things that we told him we would do but Yoko and I didn't actually think we would actually make it there -- Niigata prefecture is big, and we did not know where we would be staying.

Then, like kismet, we realized that Bar Owl was right NEXT DOOR to the place we were going for dinner one night, in between visits to Kinshihai and Aoki sake breweries. 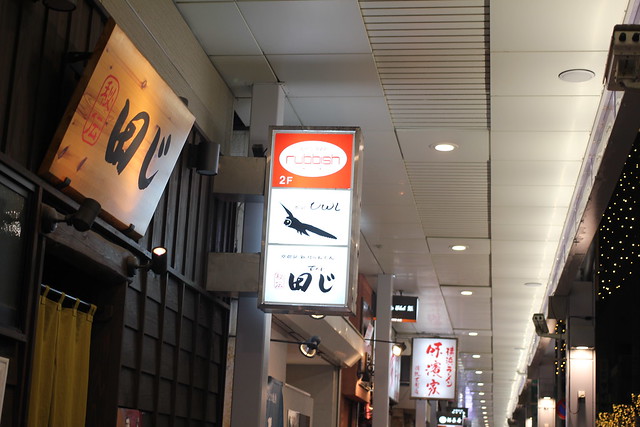 On the second floor of a well-lit shotengai (retail street). 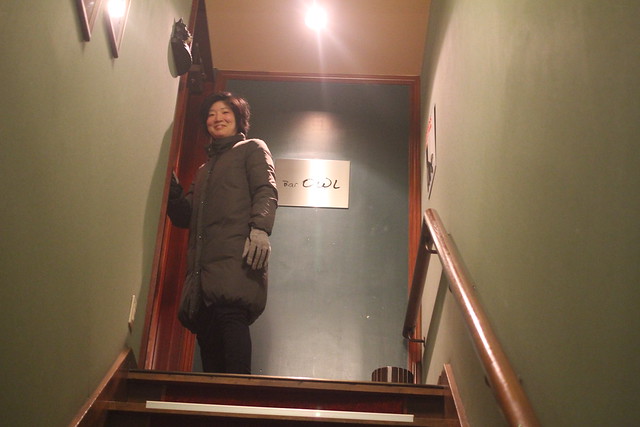 We were immediately greeted by a young bartender, who literally ran circles around us to kindly hang up our coats. Meet Mr. Masahiko Watanabe, owner of Bar Owl: 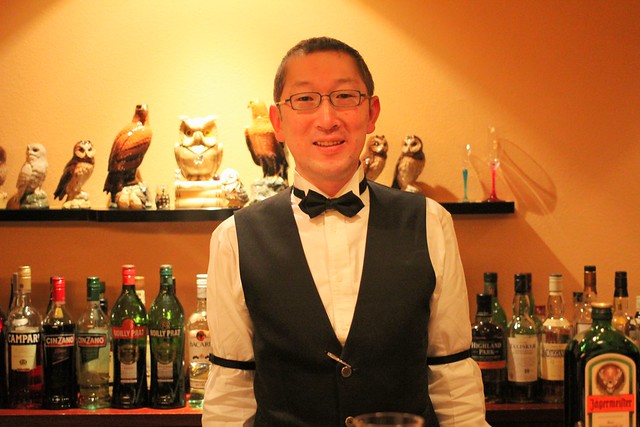 Turns out that Mr. Masahiko had worked under Mr. Watanabe at Bar EST! long ago. He even had an old magazine with a young and dapper Mr. Watanabe behind the stick: 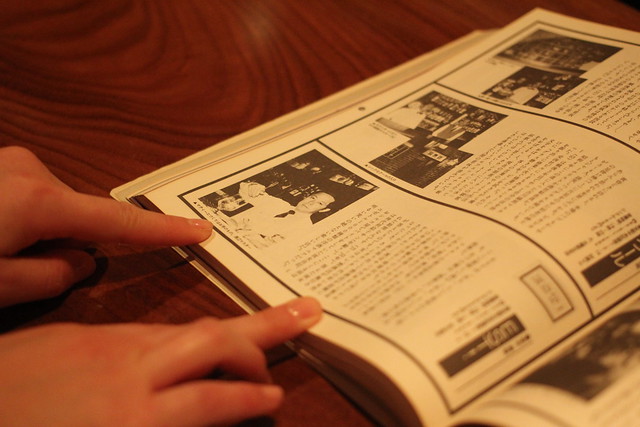 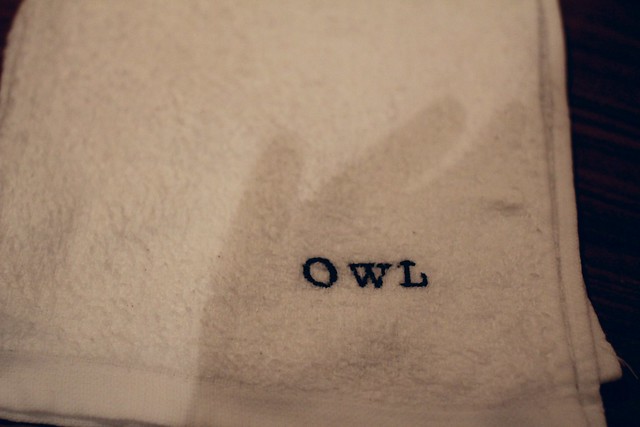 Out of the corner of my eye, I caught a special edition Nikka whisky. I had to try it! 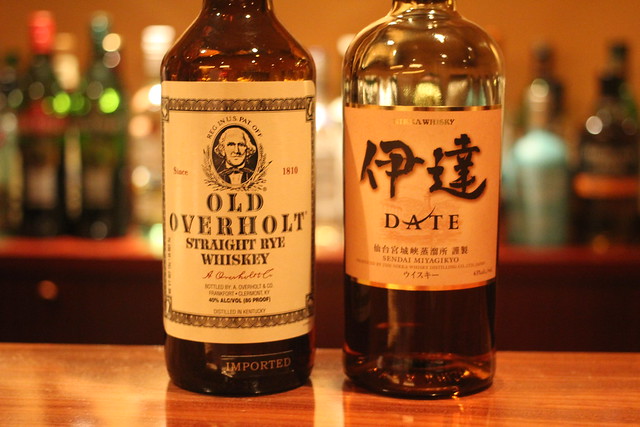 The "Date" line by Nikka is made at their distillery in Sendai City of Miyagi prefecture. Mr. Masahiko made me a simple drink of this with vermouth. 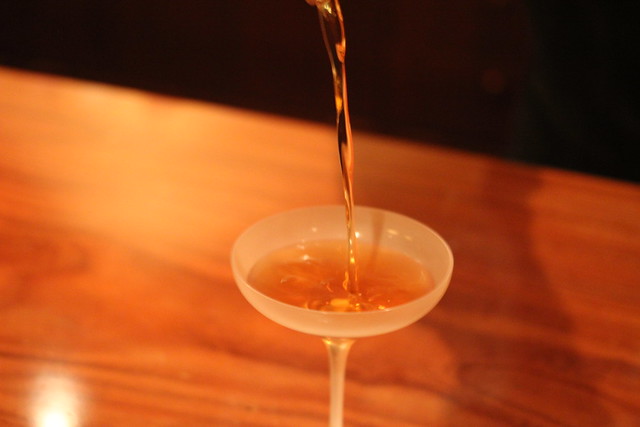 Yoko got an Old Overholt Manhattan: 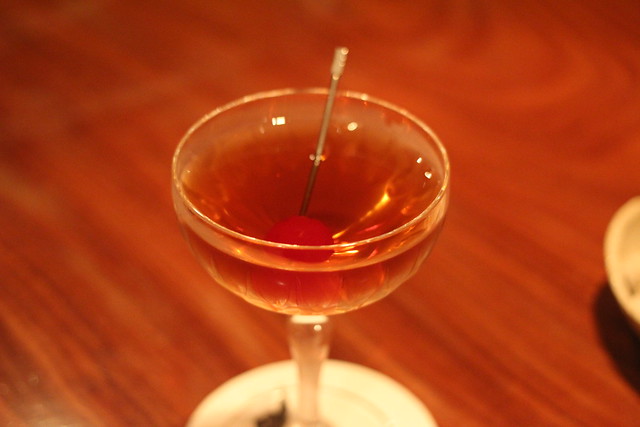 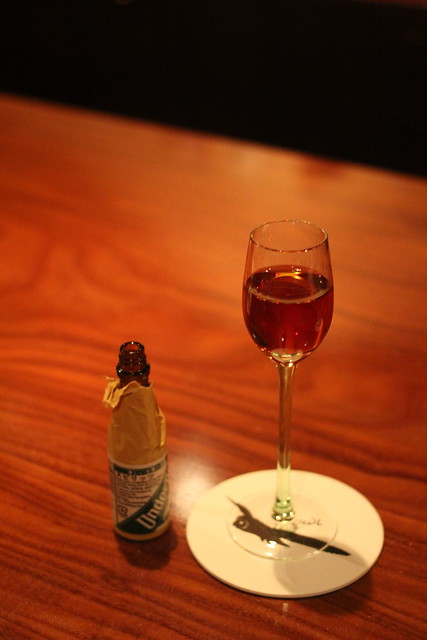 Mr. Masahiko's bar was well-lit and cozy. On the backbar was an impressive collection of ceramic owls.

The display was reminiscent of Twin Peaks (as all great things are) and we asked him where his inspiration came from. He said that when he was trying to name his bar, he only knew that he wanted it to be three letters, beginning with a vowel. Then, he was gifted one of these ceramic owls from a friend, and A-HA! The name of his bar was born.

Since, he has become an enthusiast of ceramic owl sculptures. We learned about Royal Doulton Owls, which contain Scotch inside them, and are coveted collectibles around the world.

We thoroughly enjoyed our time at Bar Owl and Mr. Masahiko's unpretentious hospitality. Turns out he has a love of travel, and greatly enjoys Las Vegas. We will definitely make a special pit stop into Niigata City to see Mr. Masahiko when we return to the prefecture next year.