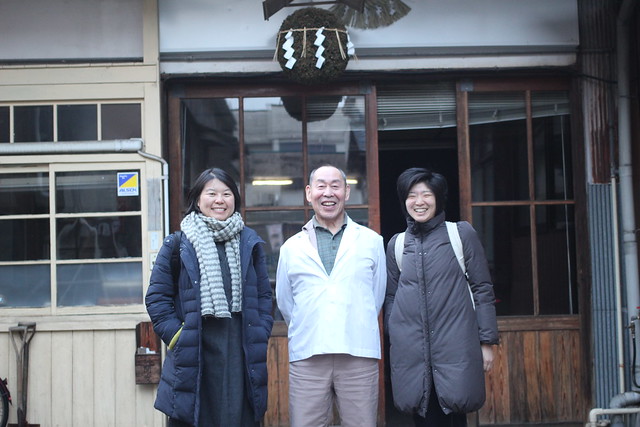 Sake is one of those things that really makes you appreciate locality. It's like the meyer lemons in Berkeley. It's totally cliche and played out, but local food traditions are a sight to behold. The fact that they are native to their land, makes them thrive and produce in abundance, giving the locals many, many chances to enjoy and experiment. This is how I felt about going to Kinshihai Brewery. Although I had tried the sake several times in California, it really clicked when we visited the brewery and drank the sake there. We also popped a bottle at an izakaya nearby in Niigata City. Being invited into the brewery felt intimate and exclusive considering this brewery is tucked away in a little alleyway behind the shotengai (or local shopping street) in Gosen City. Even our host had trouble guiding our taxi driver into the right alleyway. 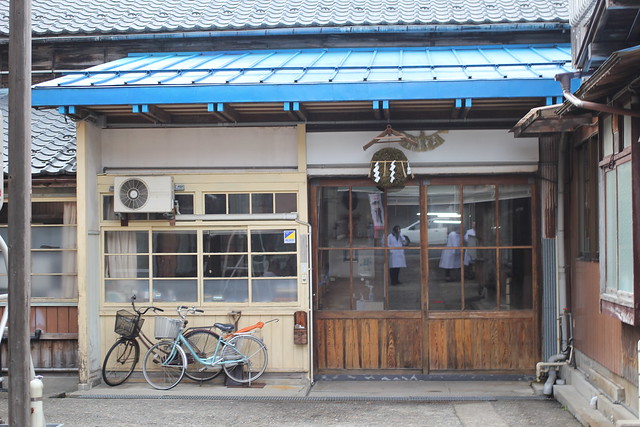 A sugidama (cedar ball) outside of the brewery was the only signal that sake brewing was actually happening in these wooden structures. We arrived in the afternoon, so most of the action was over for the day, but we were lucky enough to catch the toji, or brewmaster, Mr. Abe. This brewery is local in every sense because they use the well-water that they are literally built over. This water is called Tengu spring water and they are aware of how blessed they are with this water source. Here is a little alter for the Tengu water god. 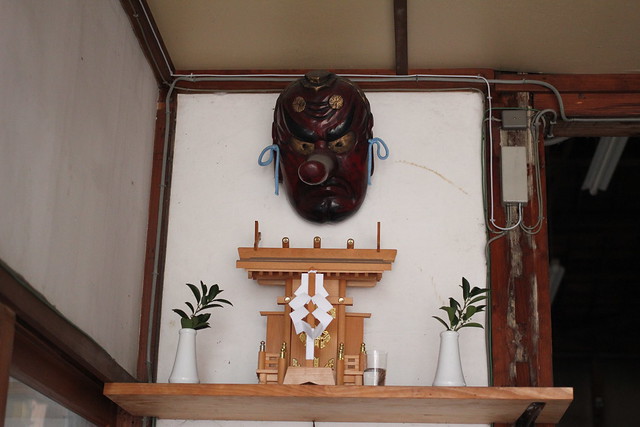 Everything about the production of their sake brings out the best of this soft, clear water. 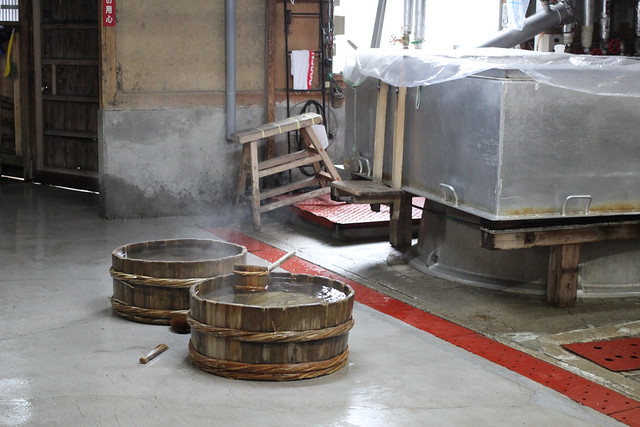 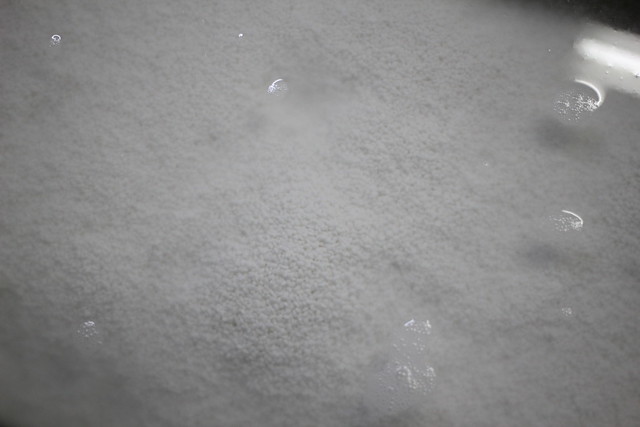 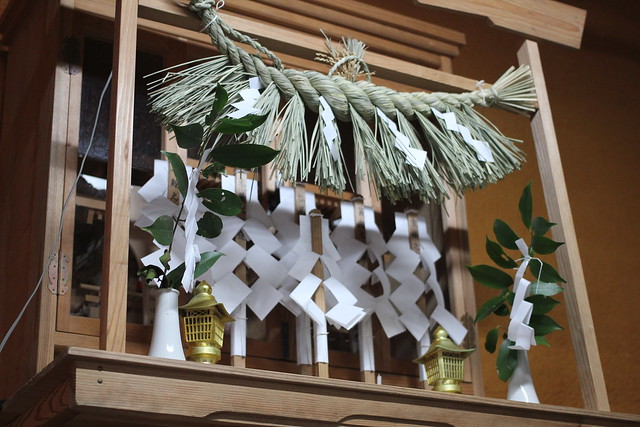 Mr. Abe took us to the koji room, where he nurtures the koji mold on rice. I use the word "nurture" intentionally because he covers his precious koji in futon blankets. He likes to use cotton because it's breathable. 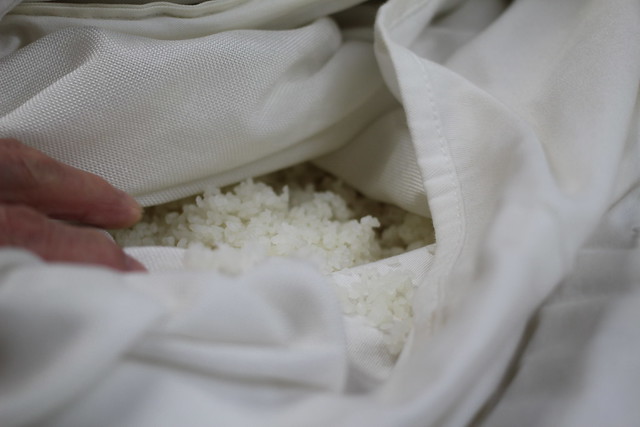 With a simple touch, Mr. Abe can determine if the koji is happy or not. Depending on his diagnosis he will let the koji breathe or cover it more, or bring the heaters closer (see below). 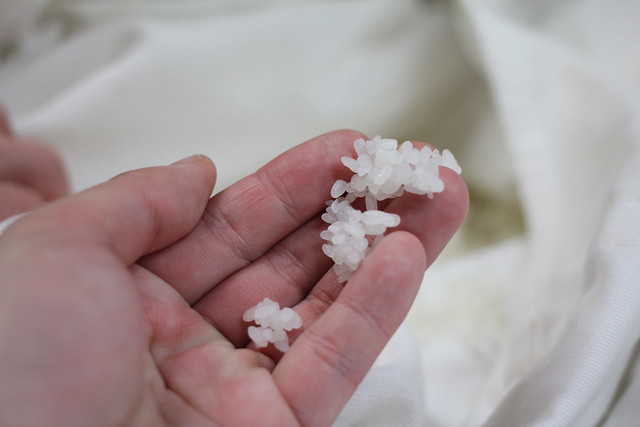 While many sake brewers now use modern heating within walls or floors, Mr. Abe insists on using these old electric stoves because he knows them so well. He is adverse to taking risks as sake is all about consistency, so he avoids changing his sake making methods. 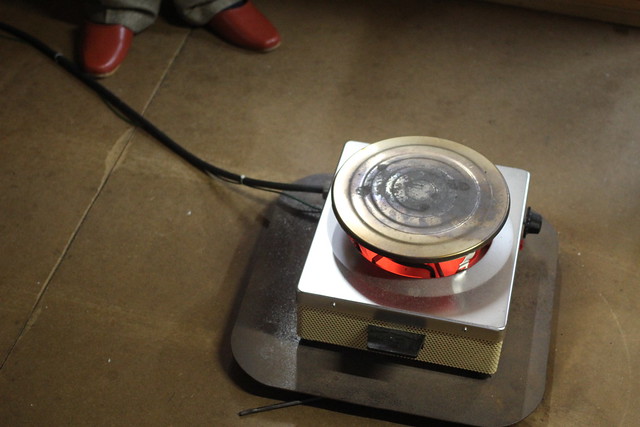 He showed us the fermentation tanks... 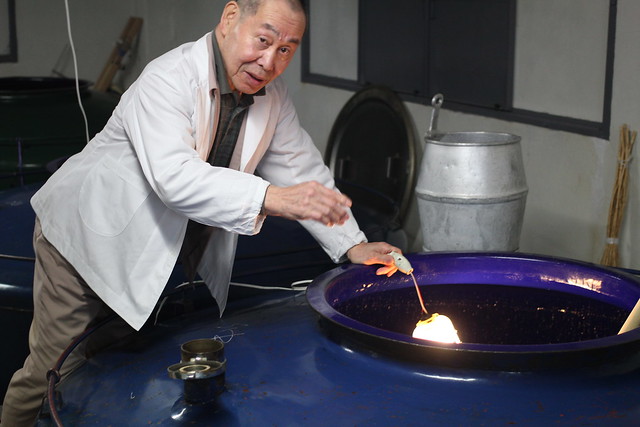 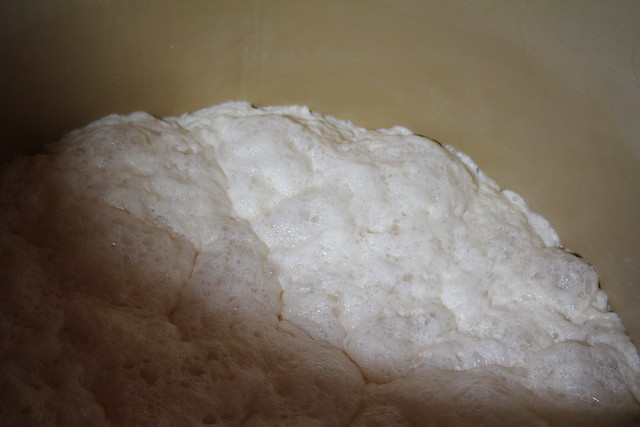 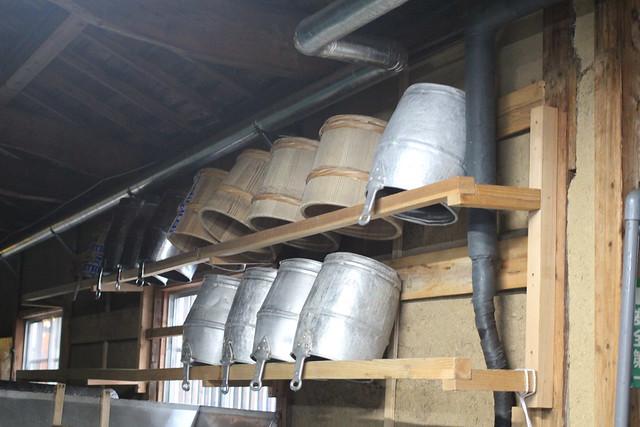 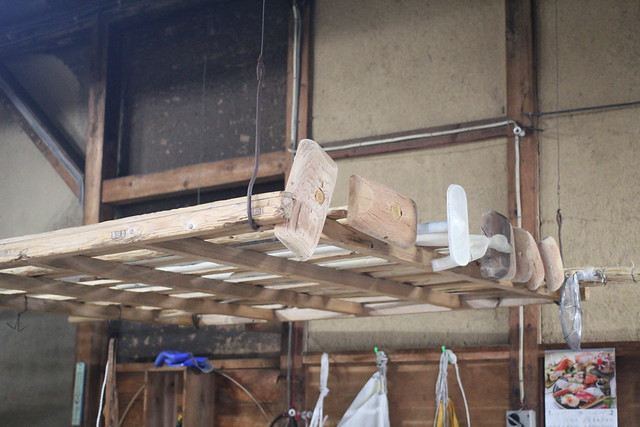 (Mmm, sushi calendar) One thing to watch out for in any brewery are pipes going every which way on the floors. Kayoko and I found it humorous that many of these breweries make you wear slippers while walking over iron grates and stumbling over pipes. Watch your step! 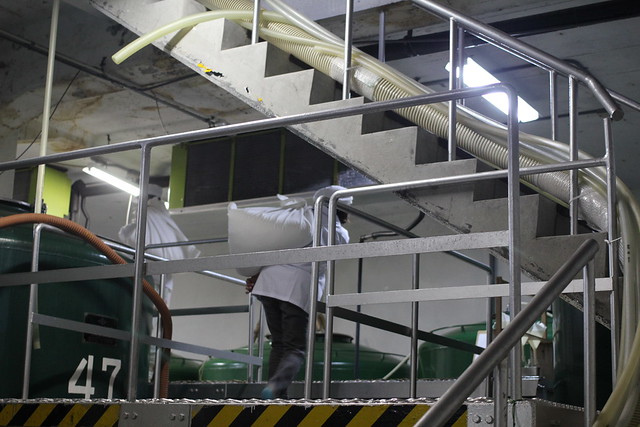 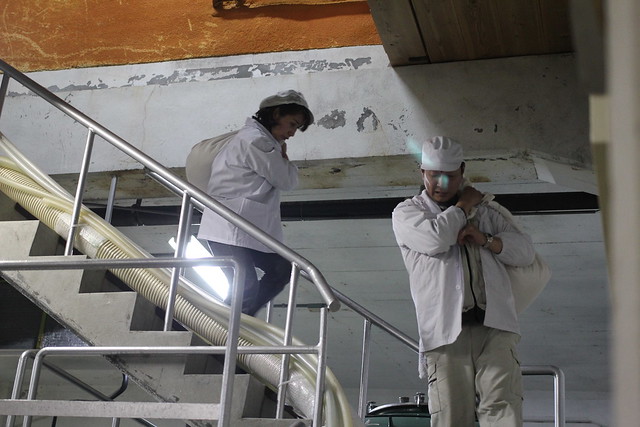 The tour ended with a quick tasting of their Yukikage Tokubetsu Junmai and the Muramatsu Ginjo. 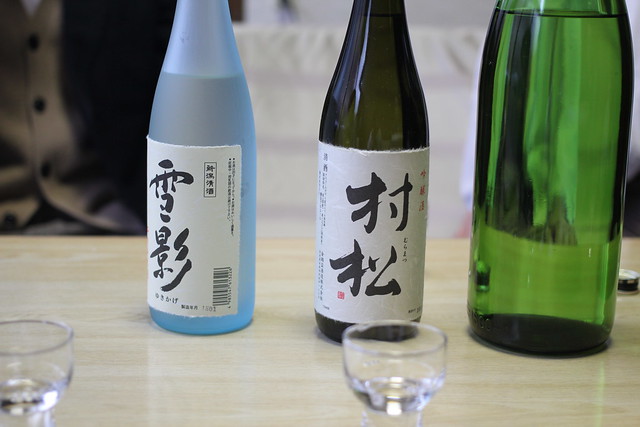 It was really satisfying to drink clear, clean, fresh sake right on site where they make it. I found the sake to be understated (kind of like Abe-san himself), with a focus on highlighting the clarity of the water. We also took a bottle of the Muramatsu back with us and enjoyed it at a local izakaya. Pairing with local ingredients and dishes brought out a whole new level in the sake. 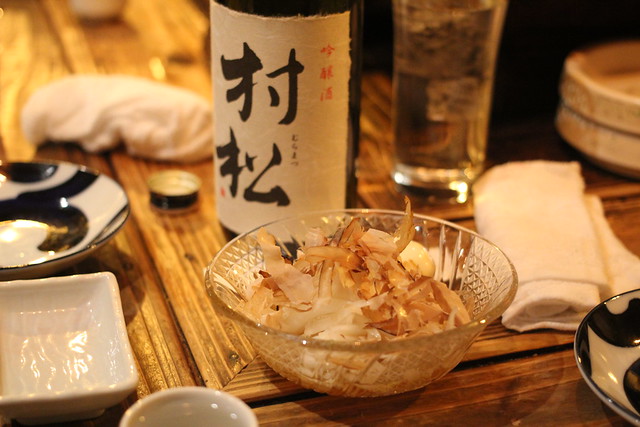 It was so delicious with everything we paired: from the grilled nodoguro (black throat) fish to the raw spring onion salad to the ginko nuts. Because the sake was quite elegant, it agreed with it all without losing its structure. We enjoyed the sake at room temperature and another one warm. 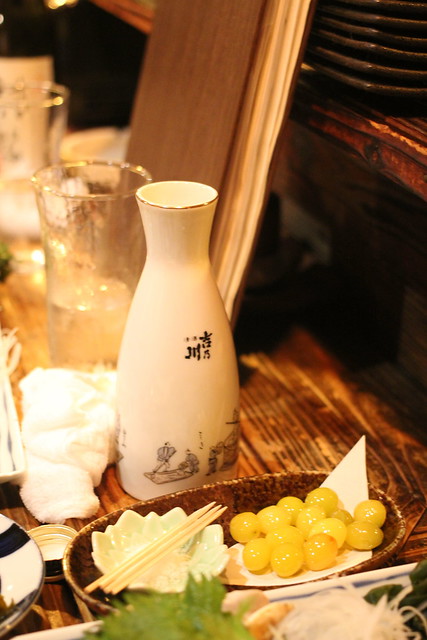 Even though I enjoy Yukikage in California, I really had an "a-ha" moment this time that sake is really best enjoyed in the locality it was produced. Until next time Niigata!