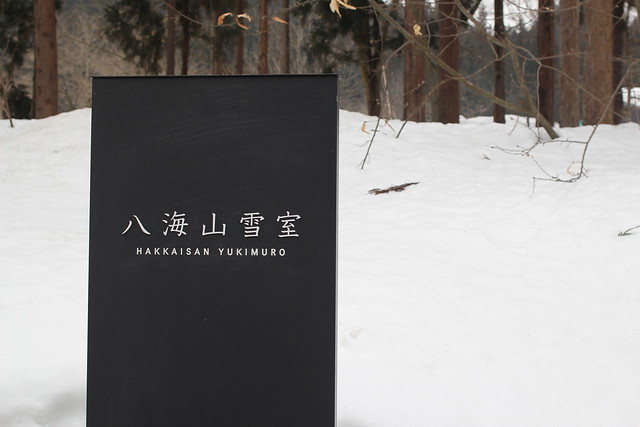 In 2011, we visited Hakkaisan, a sake brewery in Niigata. As one of the most well-known breweries in Japan, it was a wonderful experience to walk through the vast facilities, hosted by the production master, Mr. Nagumo. You can read about our visit here. Yoko and I never thought we would visit this part of Japan again, but we were lucky to stop by Hakkaisan again in February on our way home from Aoki Shuzo brewery about 20 minutes away. There are so many breweries in Niigata -- nearly 100 to date. It is quite a large prefecture, but everyone knows one another as the sake brewing community is so close-knit. 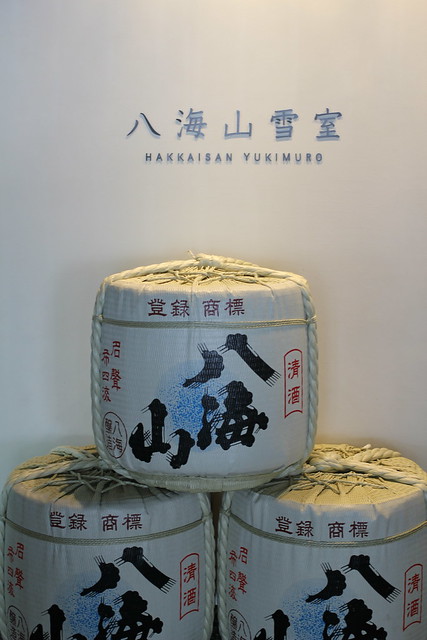 This time, we went to see Hakkaisan's "Yukimuro". Opened in 2013, this is a giant room full of snow to create a "natural refrigerator" that is made cold by storing a mound of snow in a huge warehouse. Every year, this area of Niigata gets a huge amount of snowfall, like this in February: 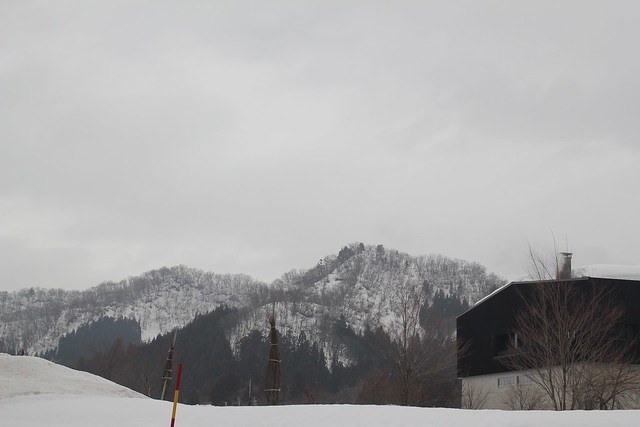 It was truly a winter wonderland here, and while there was snow everywhere in sight, the roads and sidewalks were all paved so perfectly. 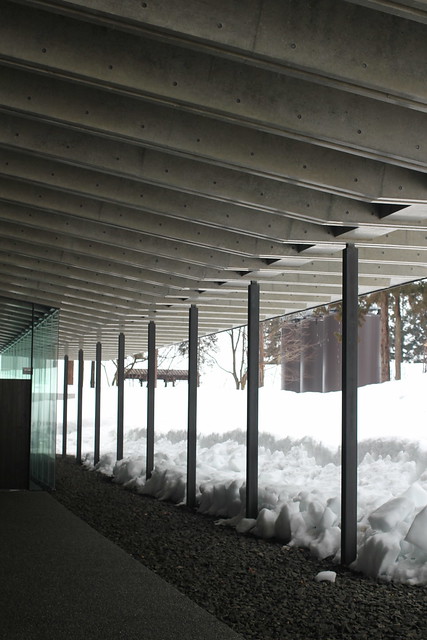 The new Hakkaisan facilities included not only the Yukimuro but also a gourmet food and cookware retail shop. It is also home to the Hakkaisan Kojiya which is Umami Mart's #1 Instagram shot of all-time. Back to the snow mound: "What is Yukimuro?": 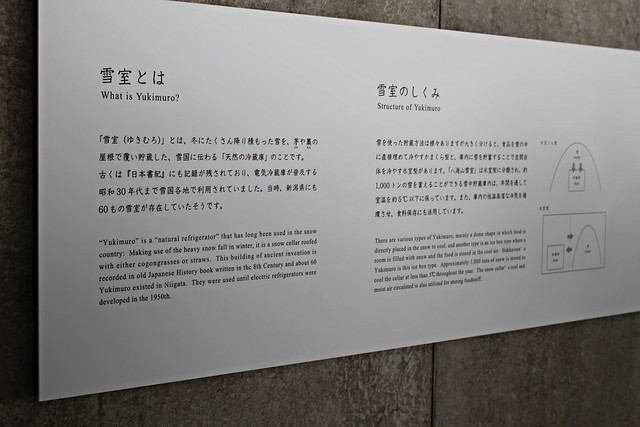 This concept of the Yukimuro was how people used to refrigerate perishable foods and drinks before the invention of the refrigerator! Apparently, this is not any new invention, and it is still being utilized in some of the coldest places on the planet. Or at least in Japan, assured our guide, Mr. Toda. In fact there are Yukimuros all around Niigata, as Abe-san (from Aoki Shuzo Brewery) said that the government gives sake and rice makers tax credit when they create a Yukimuro. It's a new eco-friendly trend that replaces electric refrigeration. We were brought into a huge warehouse made of what looked like scrap metal. One side were huge tanks and the other side was a gigantic mound of ice from last winter: 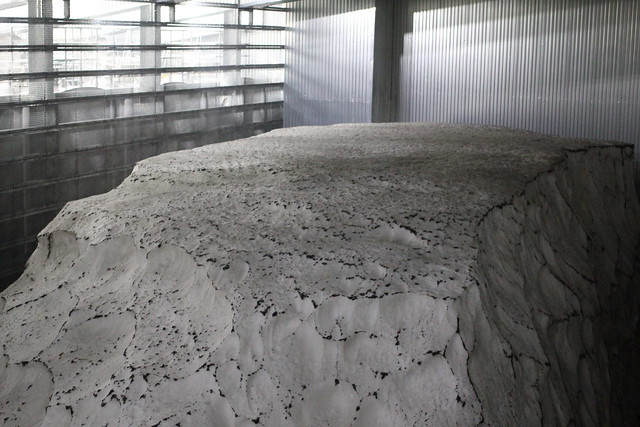 This photo does not do this snow mound justice; it must have been 20 feet tall, at least. I couldn't get a wide-angle shot but it was HUGE. We were looking down on the snow mound from above. I wanted to jump down and do some snow angels. It was probably as hard as concrete, though. Yoko: As time passes, the ice melts and leaves behind dirt on the surface that was integrated in the original snow. A team of about 20 people "clean" the ice every few months. Yoko: These tanks are filled with aging Ginjo sake which will be bottled later this year: 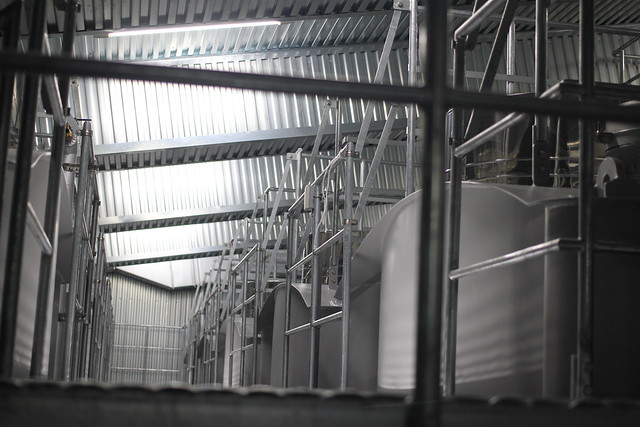 Yoko: our guide told us that if you see an "aged Ginjo" from Hakkaisan in the next two years, it'll most likely be coming from these tanks. Stay tuned! The job of the snow mound was simply to keep the sake tanks at a cold, constant temperature, without using any electricity what so ever. Genius! 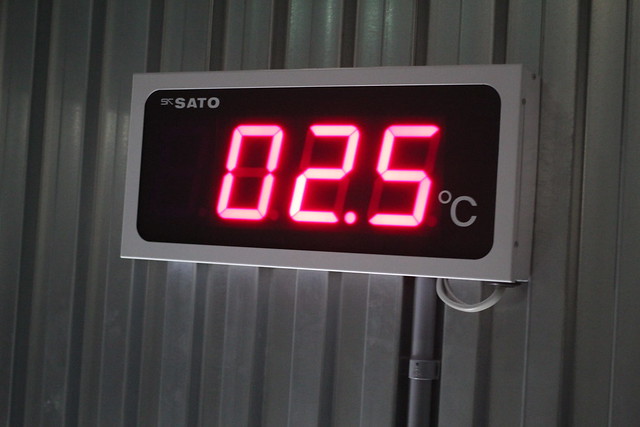 2.5˚C = 36.5˚F, brrrrrrrrr. We then headed into another room connected with the Yukimuro that stored casks upon casks of shochu being aged in American barrels. 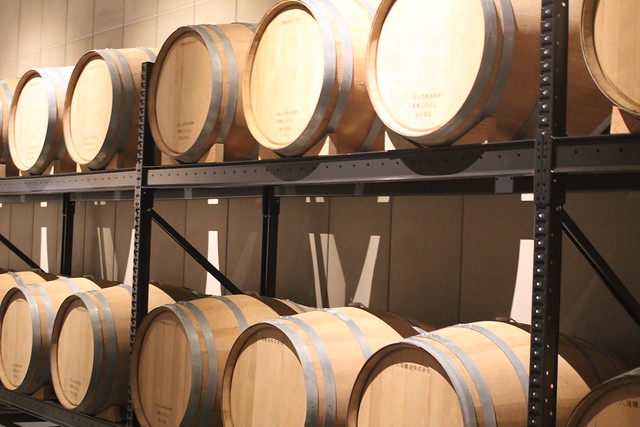 They have this bizarre service where people are allowed to buy bottles and "keep them" into the future to let them age a bit. The charm being that the customer had written a note in, say 2012, which isn't actually gifted until their 10th wedding anniversary in 2022. A tasting room was the final stop of our tour. Yoko: The amazake (in the white bottle) was thick but less sweet than I expected. It was yogurty and kind of reminded me of Yakult. 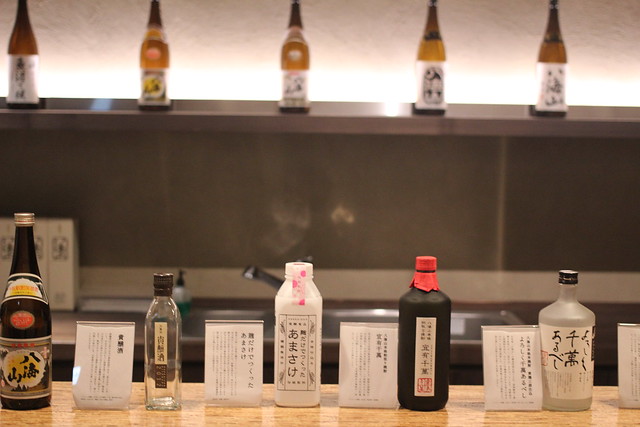 The black bottle with the red cap above is the shochu. It tasted like coconut juice. Watercolor paintings of Hakkaisan bottles: 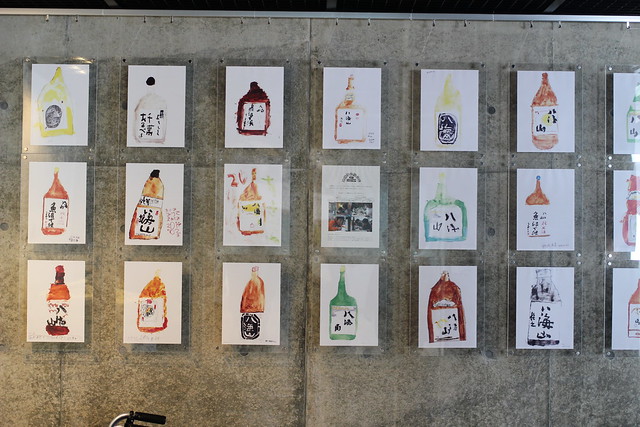 The most rewarding part of traveling is being exposed to new experiences and seeing how different cultures take on challenges. Like SNOW. I was so boggled and fascinated by the Yukimuro, it absolutely blew my mind. As a Silicon Valley-bred girl, I have absolutely no concept of snow culture -- there is so much snow fall in Niigata that they obviously have learned to adapt in ways that us Bay Area folks would never imagine. I truly respect the efforts of Hakkaisan and many neighboring companies for creating more of these Yukimuros to store and refrigerate their products. It's a conscious way to eliminate carbon footprints when possible. 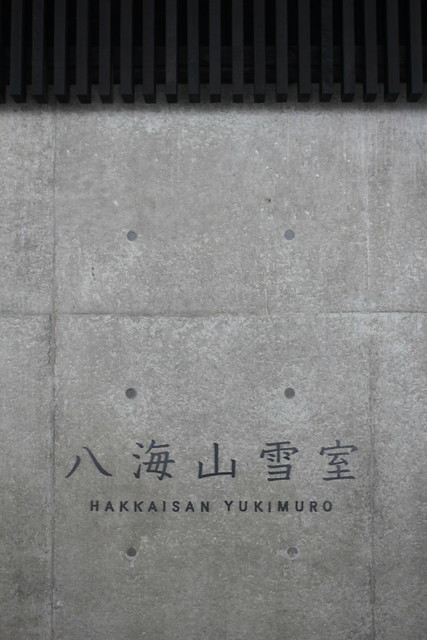