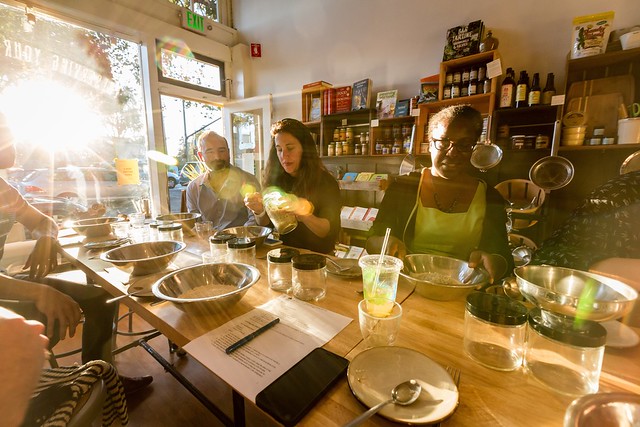 This was our second time teaching the Preserving and Cooking with Shio Koji class at Preserved, a retail shop focused on preserved and fermented goods, owned and operated by our good friend Elizabeth. The shop is full of tools, books, and goodies to help you pickle, brew, jam, and can to your heart's content. Elizabeth has so much knowledge about fermenting techniques, I would go there just to pick her brain. She is an Oakland treasure and we were honored that she invited us over to teach the class again in her sunny space.

Shio koji is a flavor-enhancing condiment, made with rice koji and salt, that Kayoko and I fell in love with almost four years ago. We put it in everything – sauces, dressings, marinades, etc. We have been spreading the gospel of shio koji since last year, when we first taught a class on the subject at 18 Reasons in the Mission.

Here is the exterior of Preserved on Telegraph Avenue, nestled between Bakesale Betty and Harper Paige Salon. 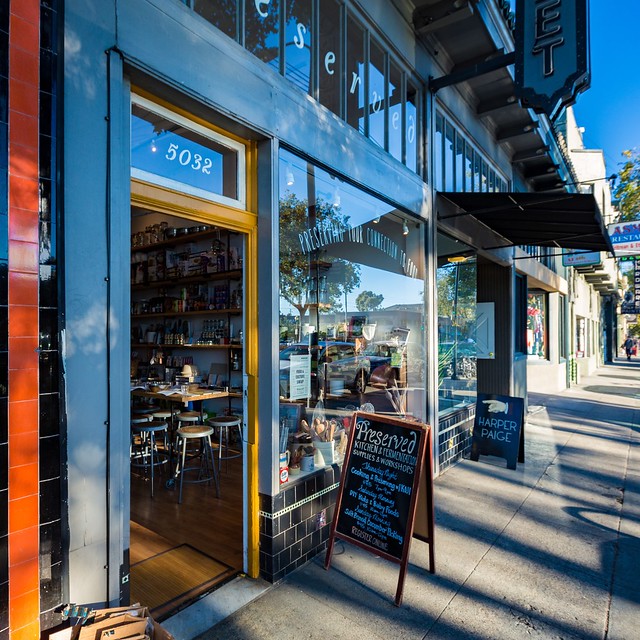 Elizabeth in her shop. 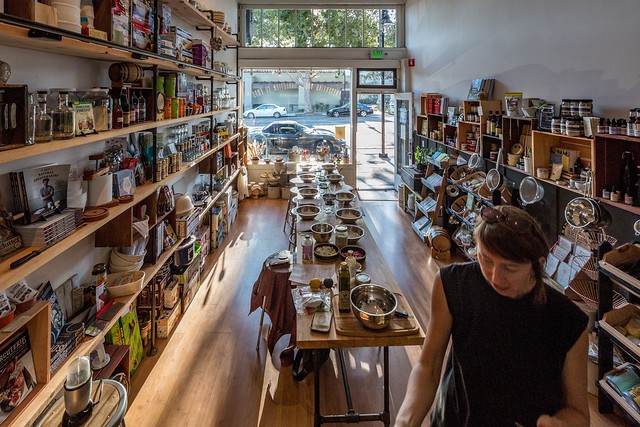 We welcomed a class of eight to the workshop last Thursday and incorporated a combination of short lectures and cooking demonstrations. 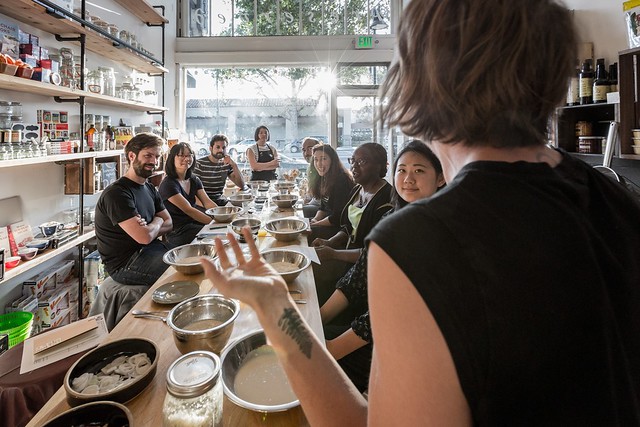 We started the class with a quick pickle demo of some watermelon radishes and shallots. 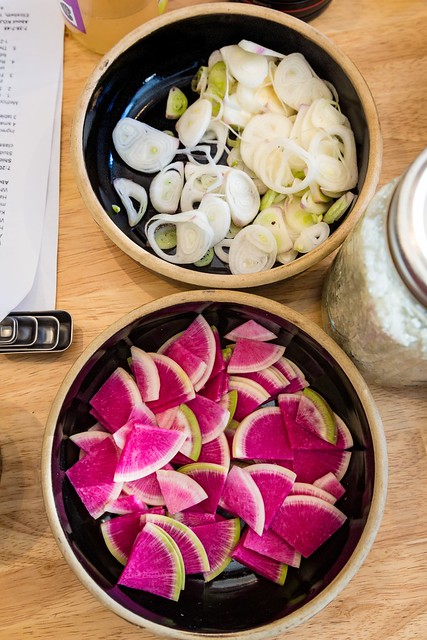 Elizabeth and Kayoko add the shio koji into little ziplock bags for the quick pickling demo. 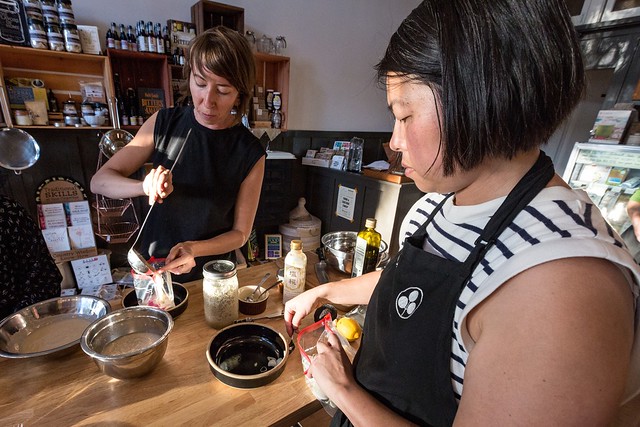 Then we moved onto actually making the shio koji. Here are the dehydrated rice grains inoculated with koji. 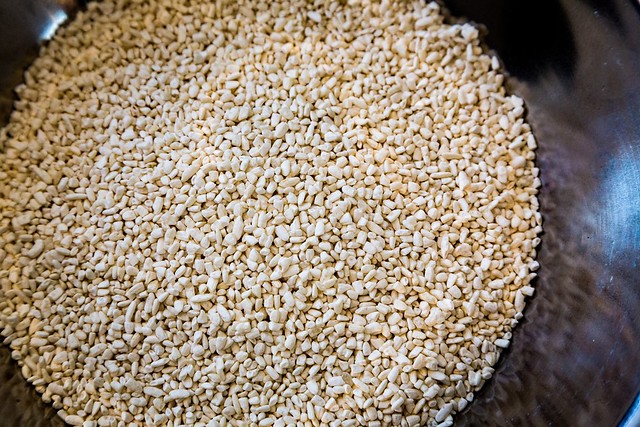 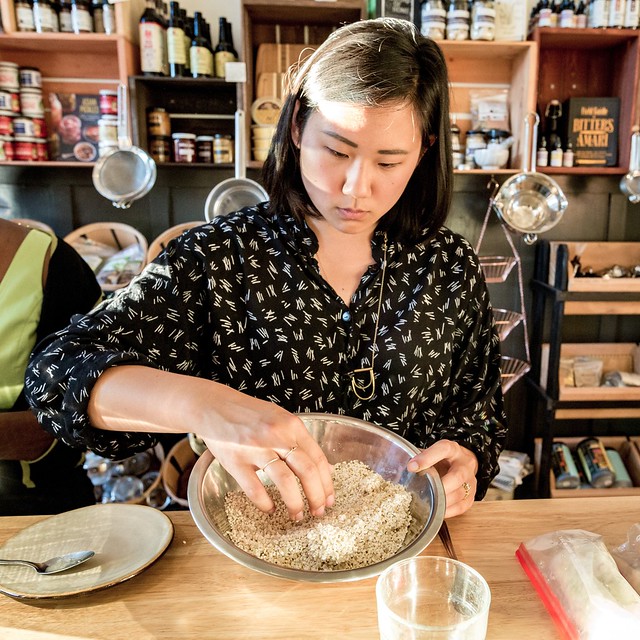 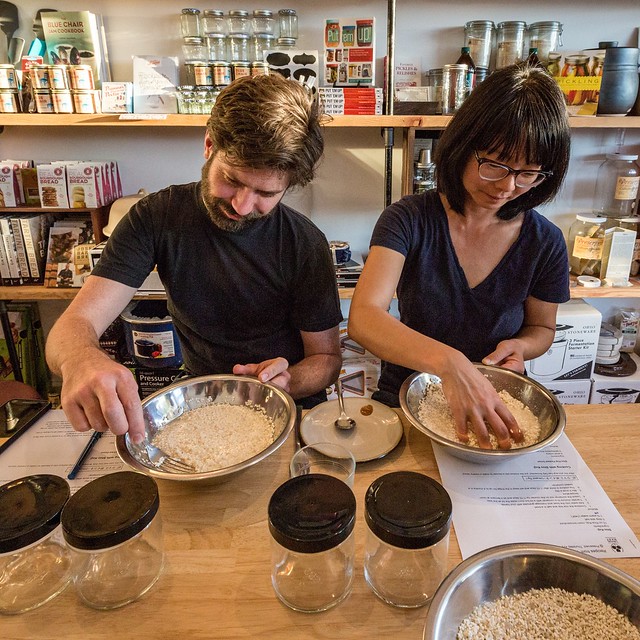 Everyone took a large jar home to complete the fermentation process. 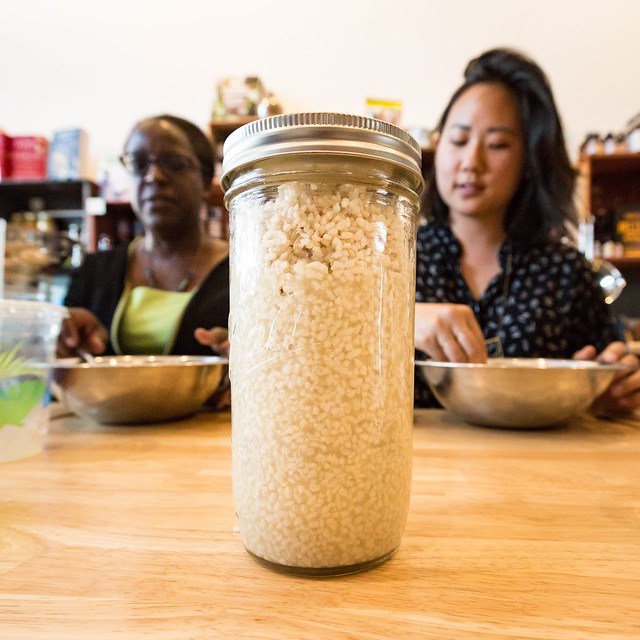 Next, I demonstrated how to use shio koji to marinate chicken breast. It is one of my favorite weekday meals. 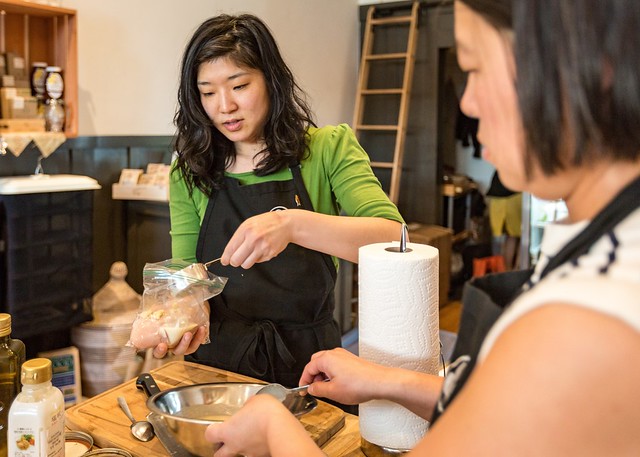 We also made a dressing with shio koji and avocado. That was tossed with greens. 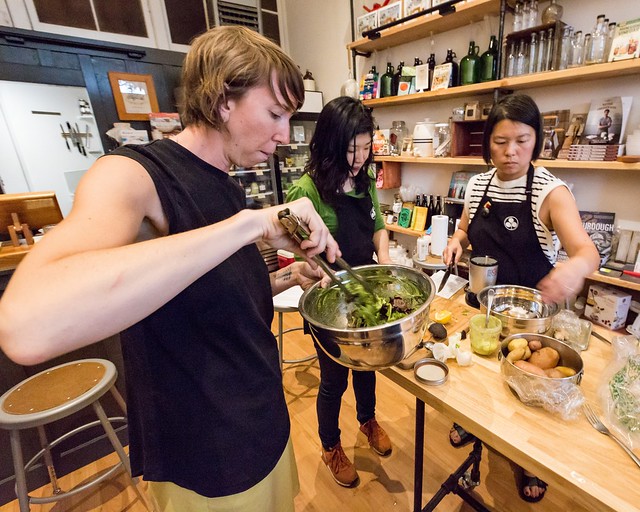 Then we tried it with some potatoes. 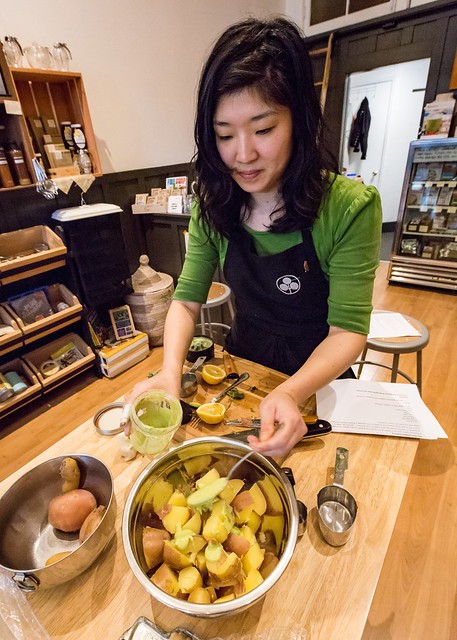 At the very end of the class, the pickles were ready and we all indulged in the fruits of our labor. 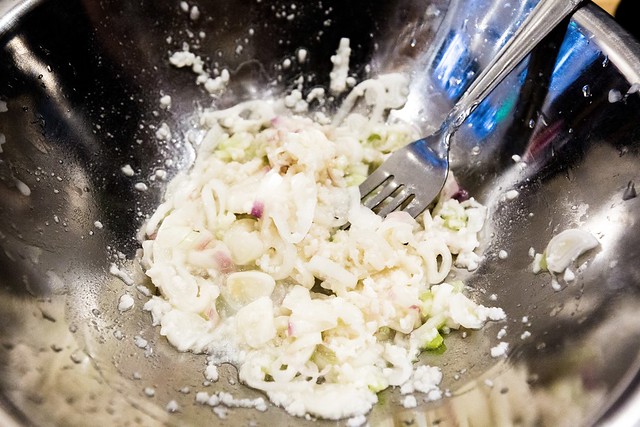 Thanks to Elizabeth and everyone who came out to take the class. See you at our next event!

All photos by Katherine McKinley