When we co-hosted our first Japan Beer Fest in 2013 with our neighbor The Trappist, we had no idea that it would become an annual event. But year after year, it has proven to be more successful and debaucherous than the last. How could that be?!?! We offered 30+ microbrews from Japan this year, from all over the country. It was rad.

The event started at noon, and sure enough, at 11:45am, people were already milling around The Trappist's back patio. By 12:30pm, the patio looked like this: 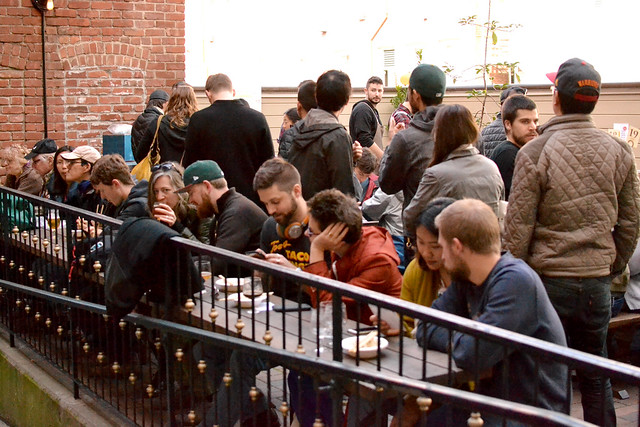 This year, we invited Ramen Shop to come and dish out some of their famed fried rice. 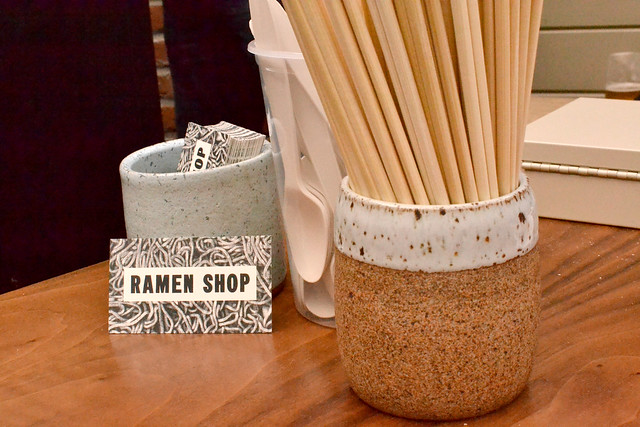 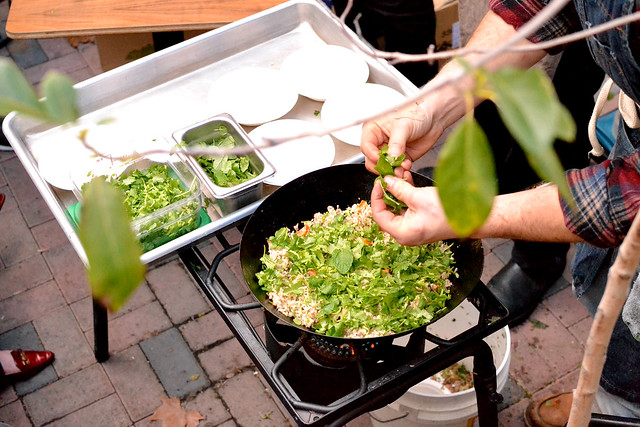 The rice was Southeast Asia-inspired, with lemongrass sausage, cilantro and peanuts. 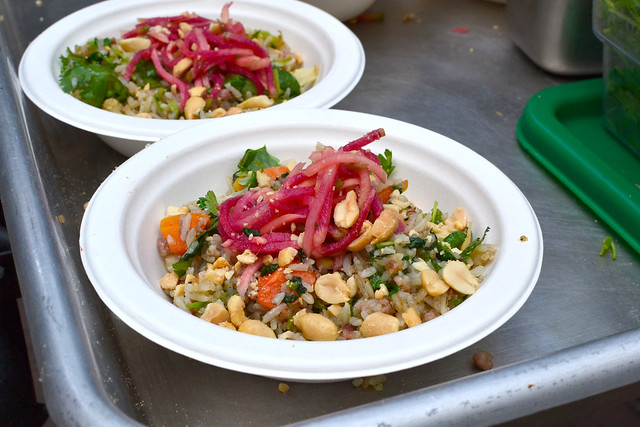 The fried rice was sold out by 1:15pm. So sorry to those who came later in the afternoon! 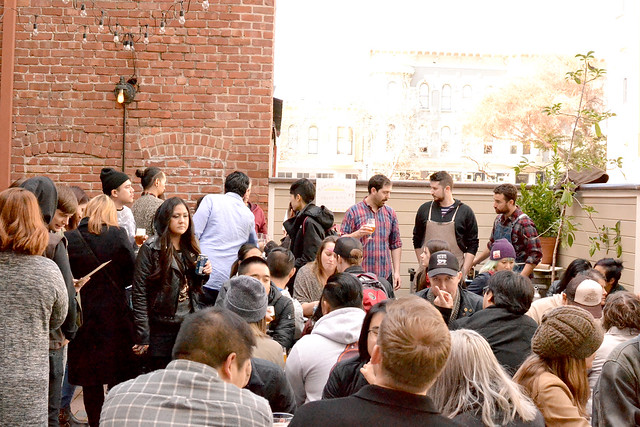 This year, we had over 30 craft beers from Japan on tap and in bottles. 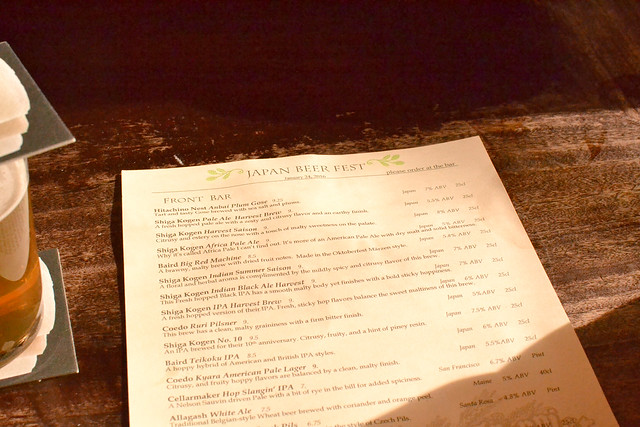 We were lucky to get a tap from Asahi with a Japanese style "creamer faucet" to emit extra head. A lot of it. 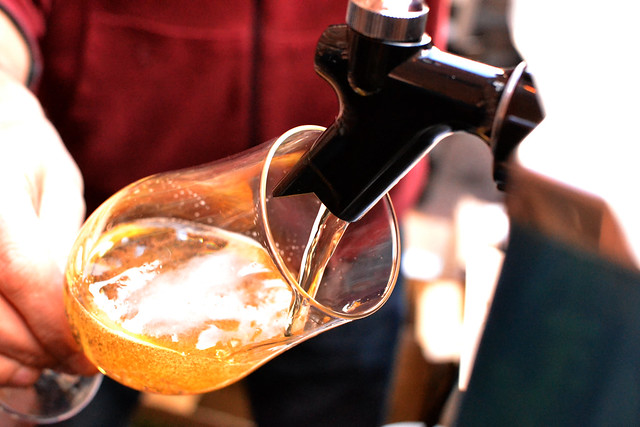 The crowds did not die between 12-4pm. The lucky ones got there early and snagged a seat. 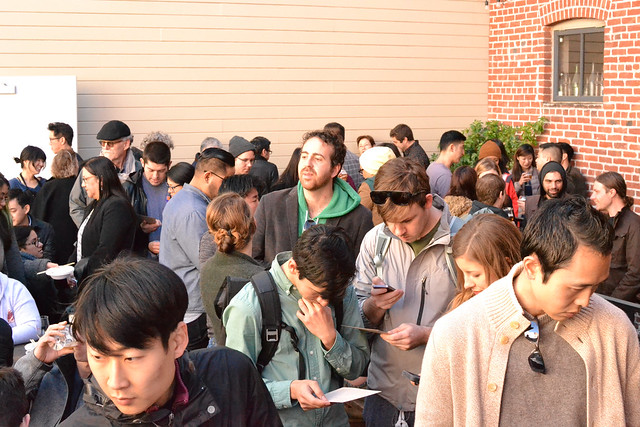 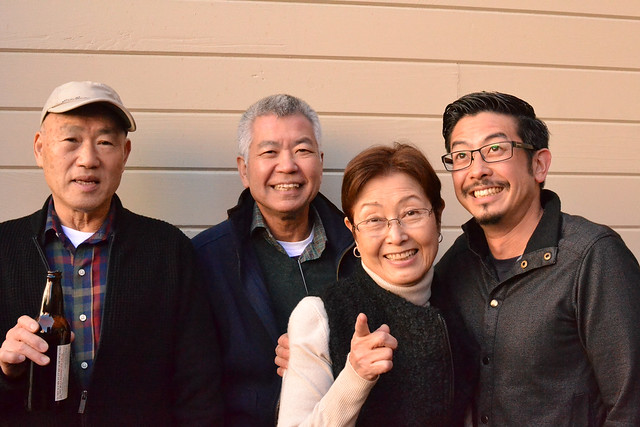 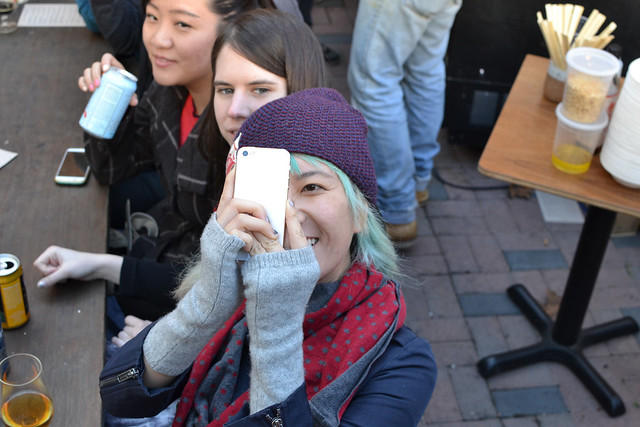 Inside the Trappist was a zoo. But hopefully everyone took a moment to notice what a gorgeous bar they have. 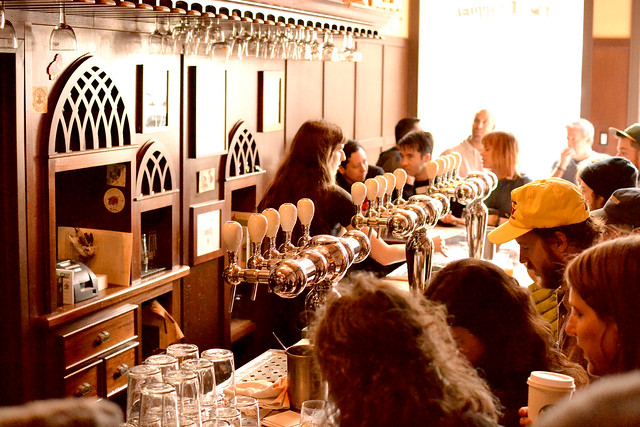 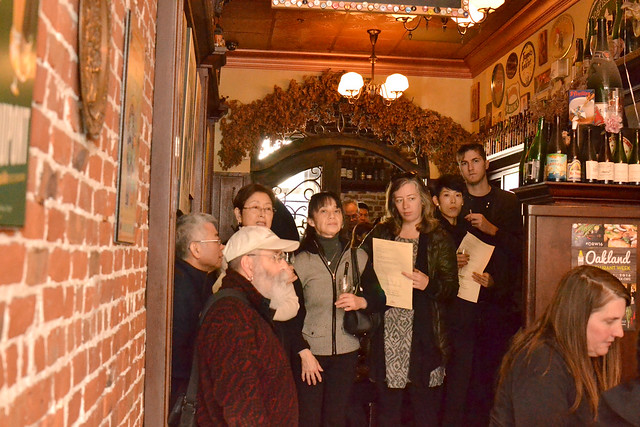 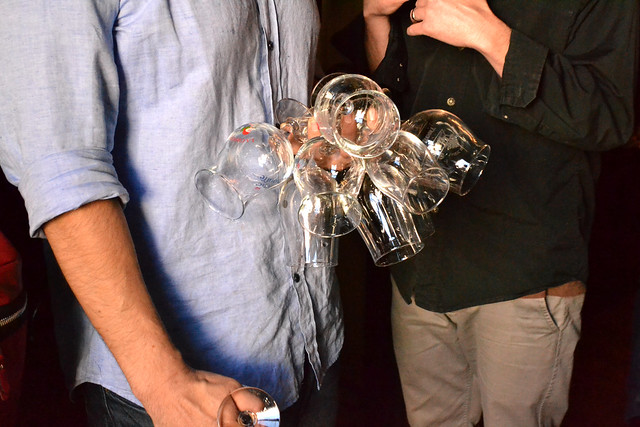 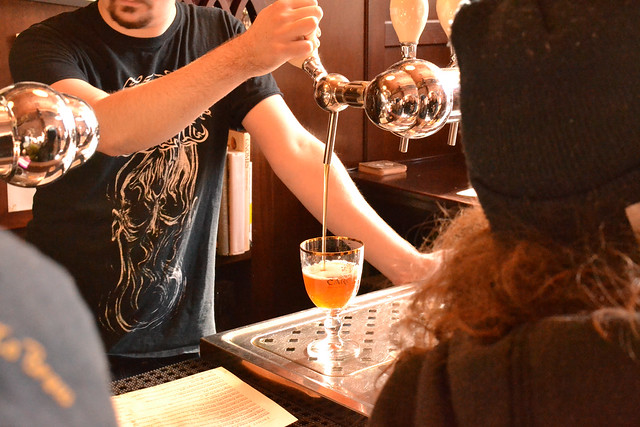 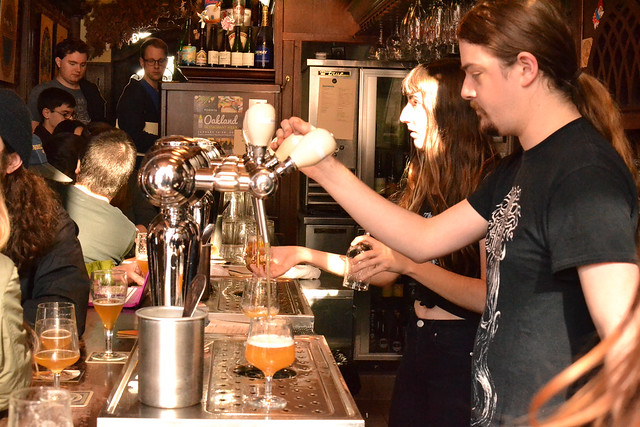 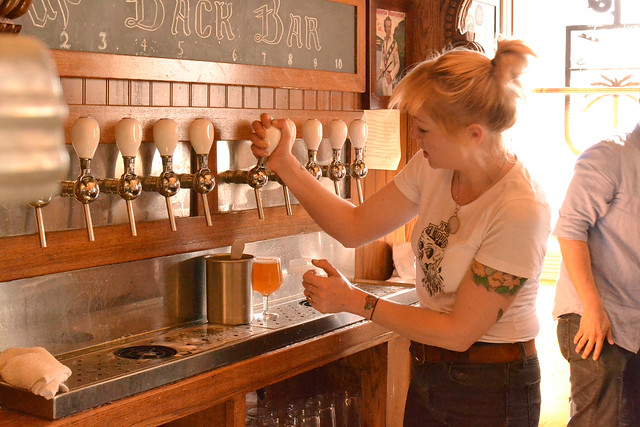 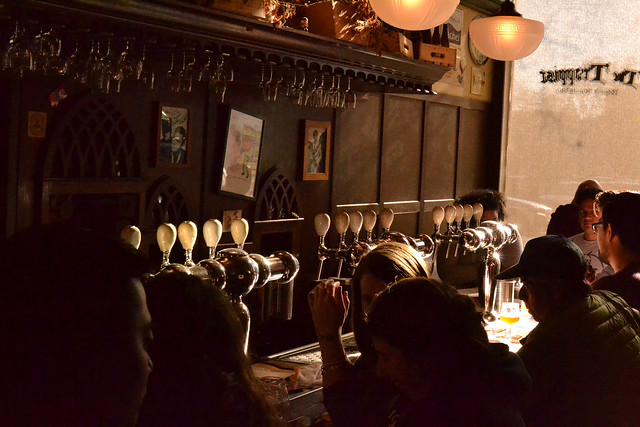 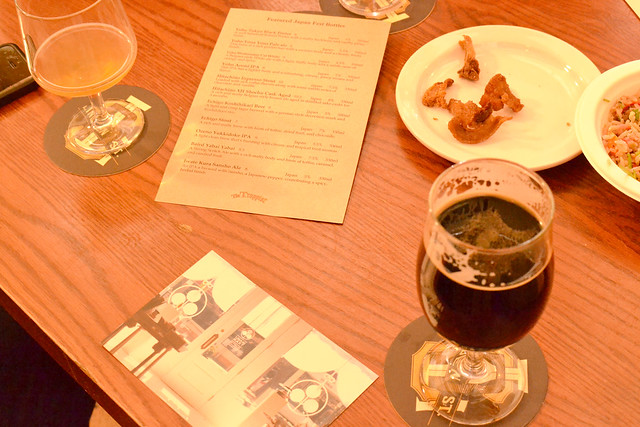 Back inside Umami Mart was also quite a party, especially in the Bottle System. 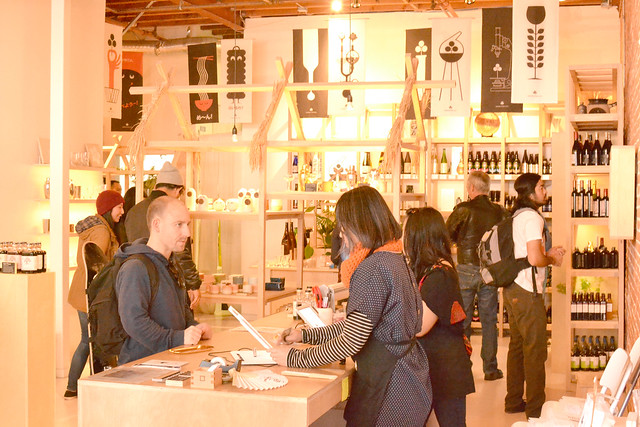 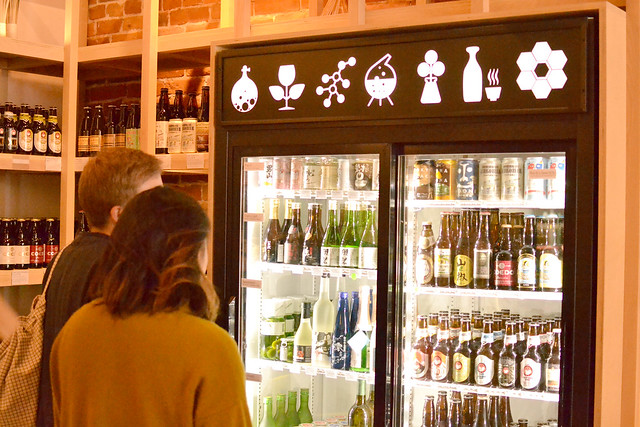 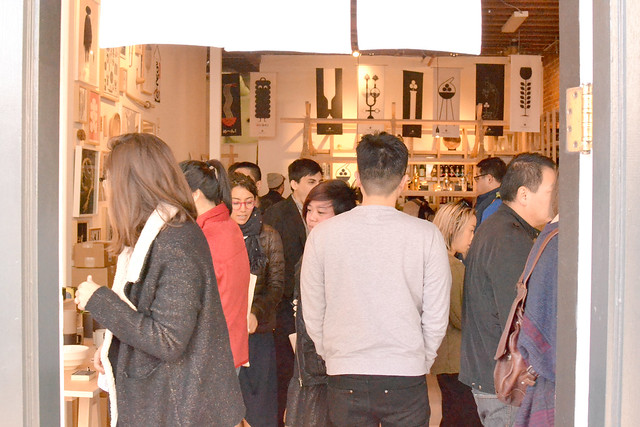 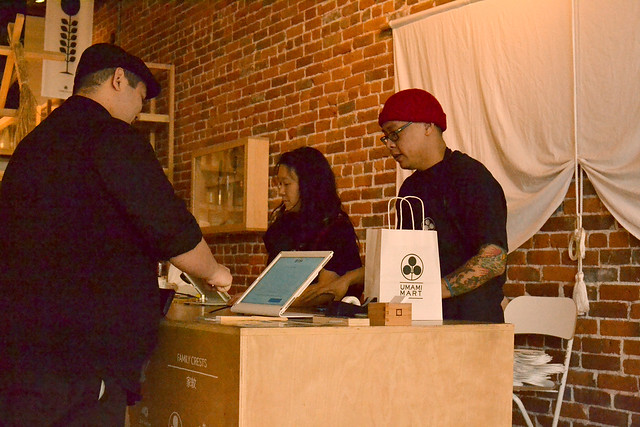 Thanks so much to everyone who came out! Hope it will be bigger, badder and stronger next year.

Special thanks to Ruben, Steve and Aaron of The Trappist and Ramen Shop!