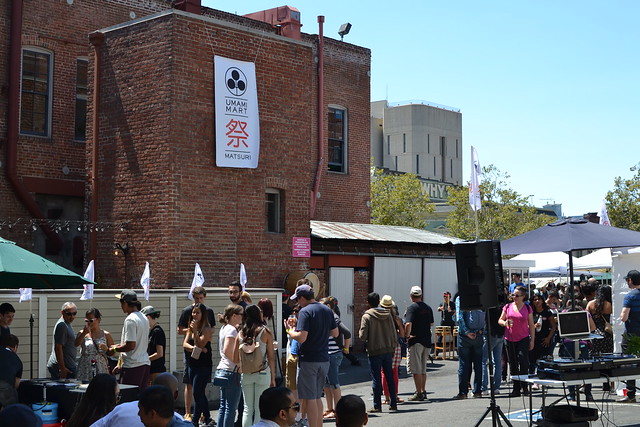 This past Saturday we celebrated our four-year anniversary in Oakland. And as we have done every year since opening, we threw ourselves a huge birthday party. I don't really keep track of my own birthdays anymore because celebrating Umami Mart birthdays seems so much more of an accomplishment, especially as our community grows year by year.

As with all of our Matsuris, the day started out bumpy. When I arrived on site at 9 a.m., the parking lot was still full of cars. Oops... Apparently a bunch of people didn't get the memo. So, in came the tow trucks, and one-by-one the cars were towed away. 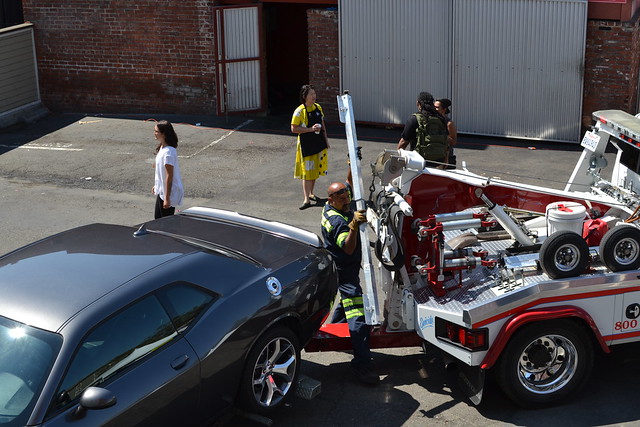 This year was the second time we held the festivities in the back parking lot and invited Abura-ya, Casa de Kei, FOB Kitchen, and Coedo Brewery to keep us well fed and hydrated.

Adachi and crew setting up the Abura-ya booth. 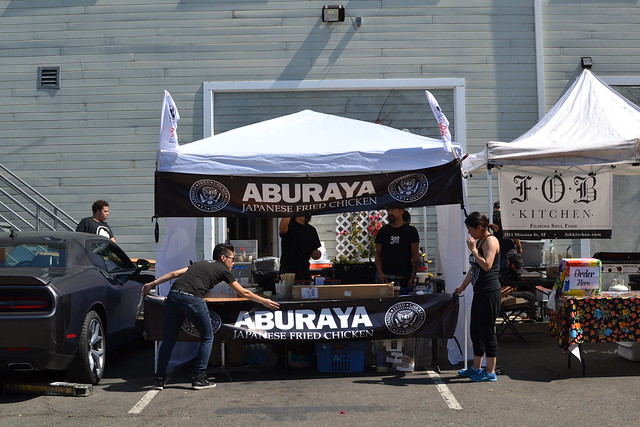 The next thing on our to-do list was to hang up a huge banner we had made to mark our corner of the event (we partnered with Oakland Beer Festival this year).

We enlisted the help of Cole, who helped us secure our 4'x8' banner from the rooftop of the Trappist storage stairwell. Booya!!! 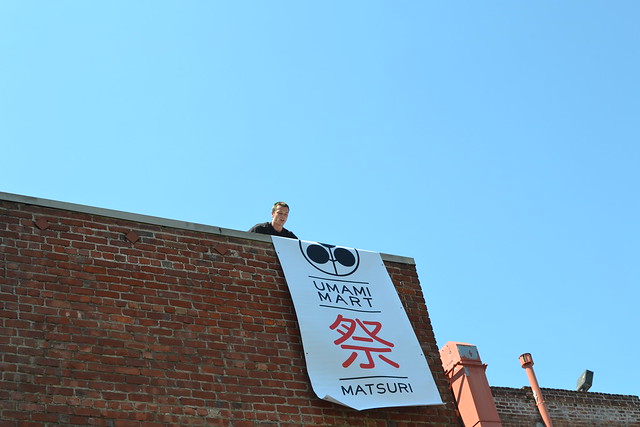 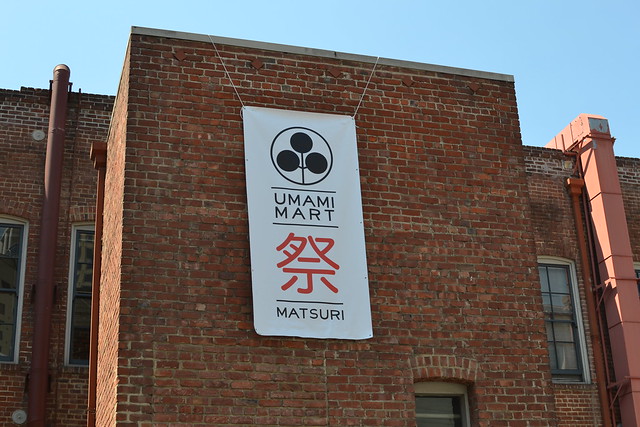 As we started setting up, the scene around the corner was starting to heat up for the Oakland Beer Festival.

Washington Street was blocked off to cars for pedestrian use only. 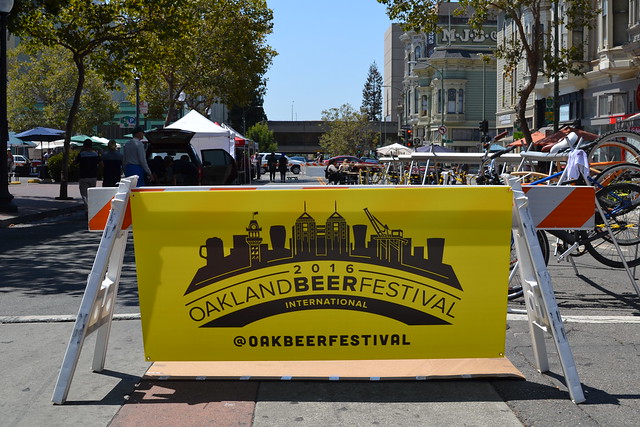 There was free bike parking, brought to you by Spokes! 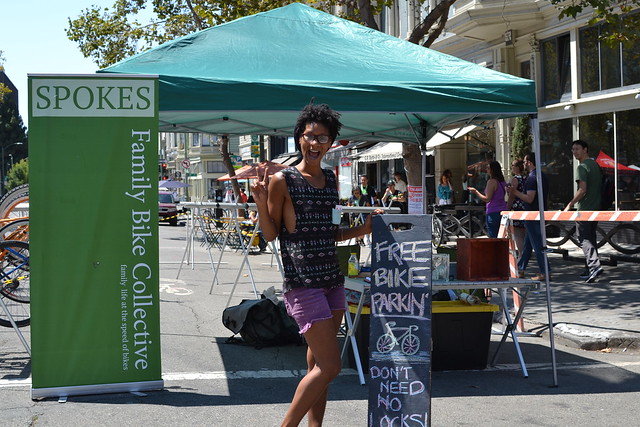 And people were starting to line up at noon on the dot for beer tickets. 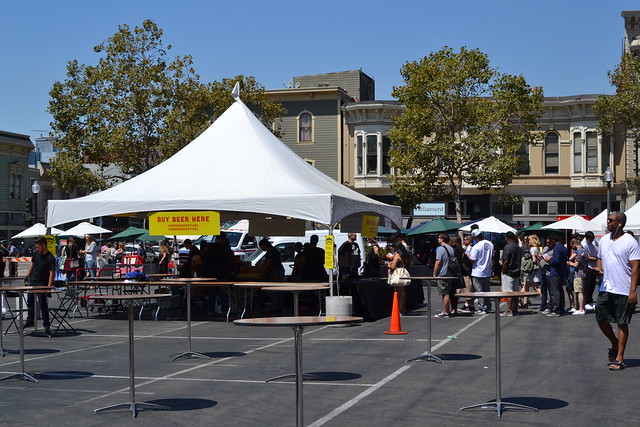 Abura-ya's fryers were running on all cylinders by 12:30 p.m. 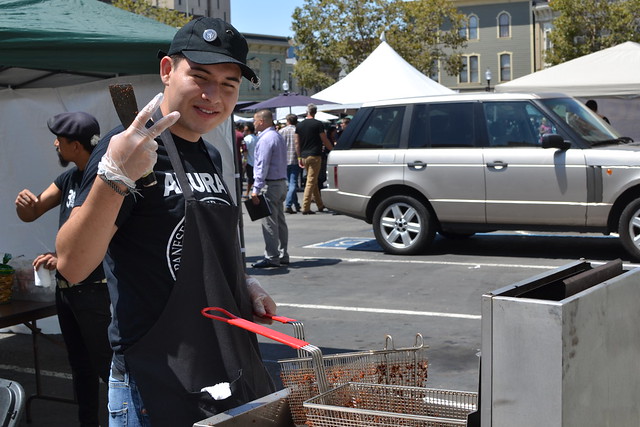 As were FOB Kitchen's burners! 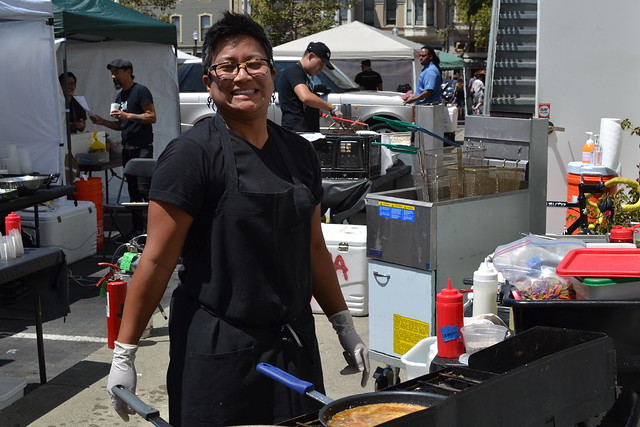 Our favorite new-blonde, DJ Chungy, was here to spin her jams. Thanks for celebrating with us three years in a row, Chungy! 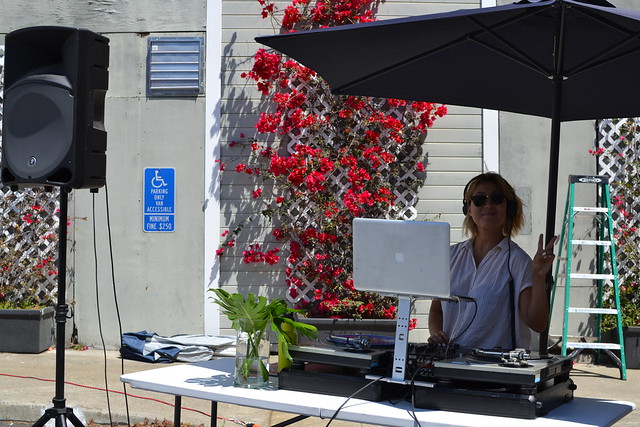 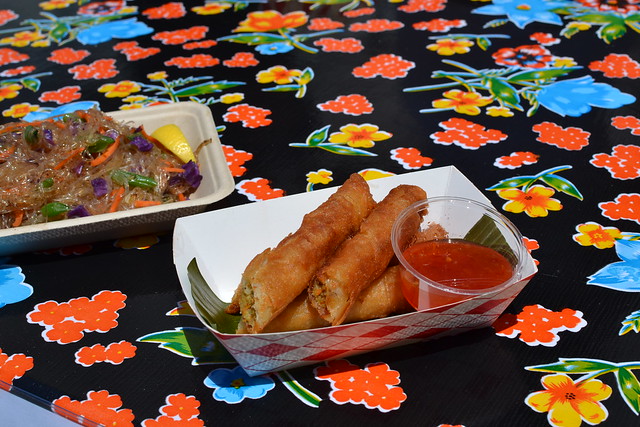 and their famous Sticky Wings. 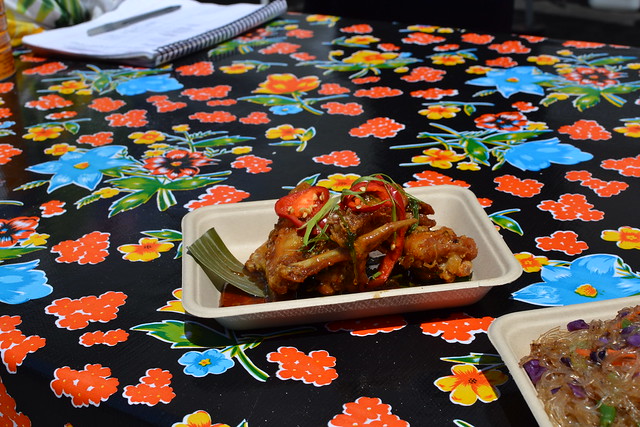 By 1 p.m., the place was swarming with people. 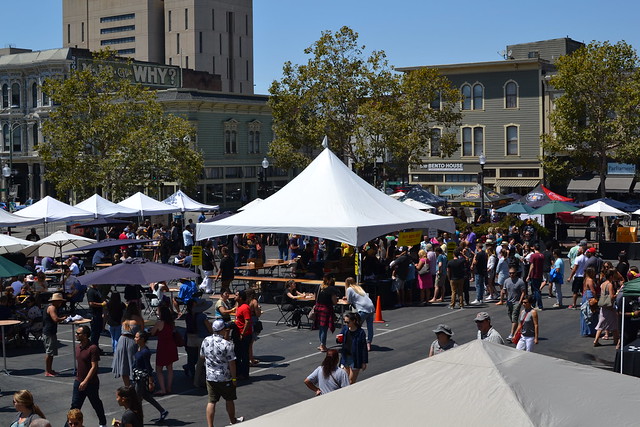 And at 1:30 p.m. Emeryville Taiko started their first set, signaling the start of the Matsuri. 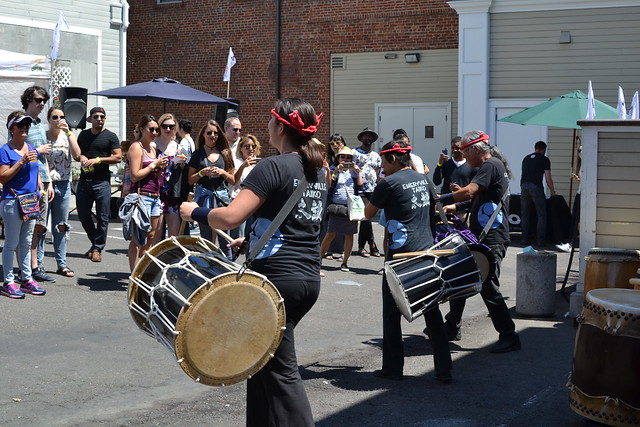 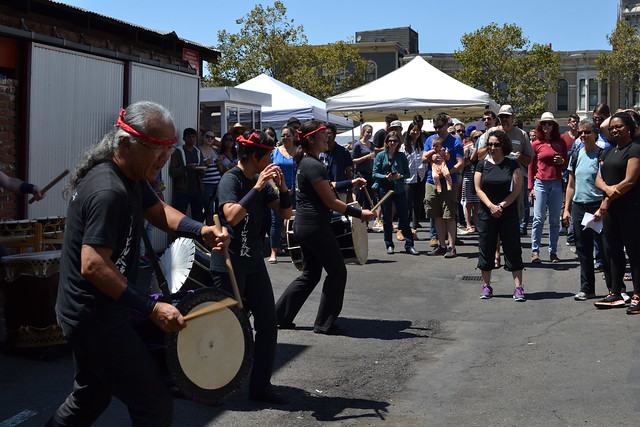 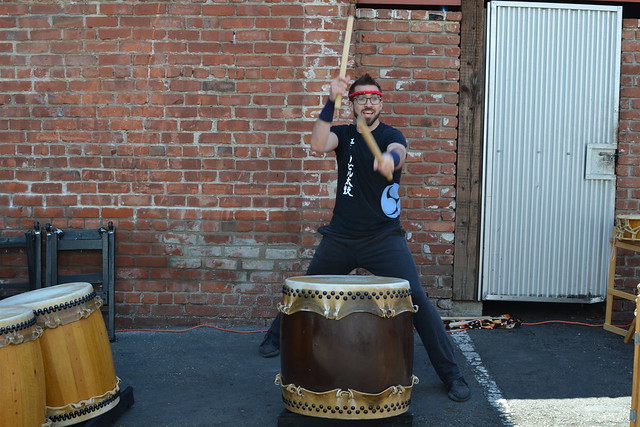 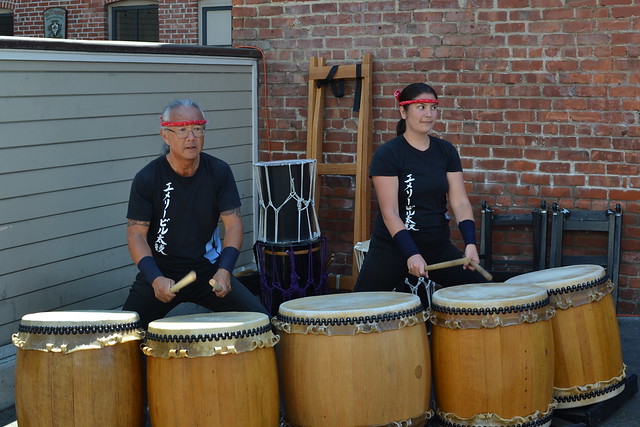 Sarah, Chris, and Grace were holding it down inside the shop. 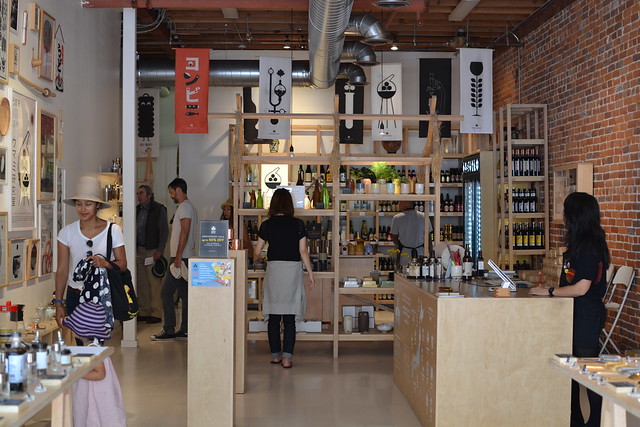 And we were offering 12 ultra-exclusive bottles of the Coedo Stone collaboration beer, Tsuyu Saison. 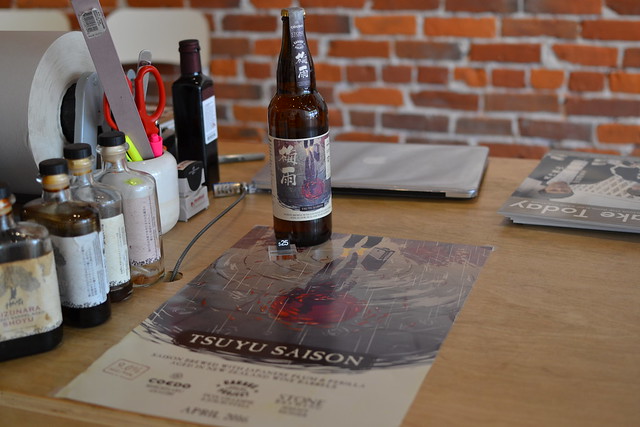 Rye of Coedo Beer was also pouring Tsuyu Saison on tap outside. 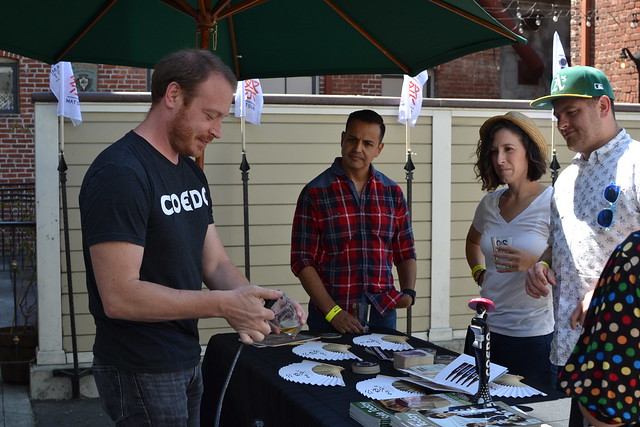 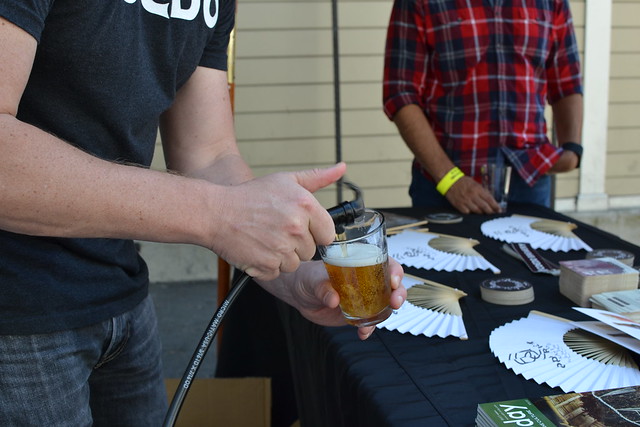 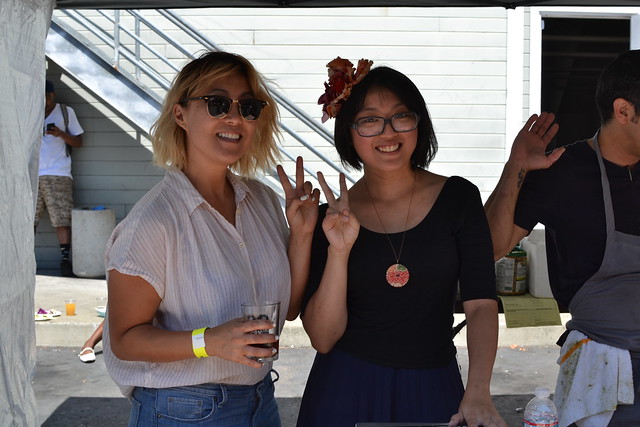 Thank you for another great year, Oakland. We can't wait to see you again next year for the huge five-year bash!