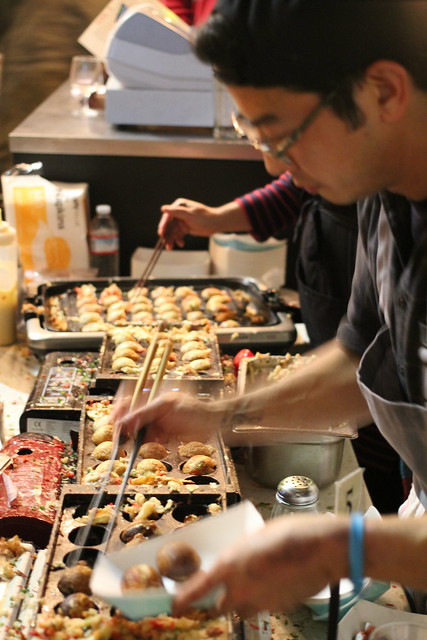 We had a fantastic event with our lovely neighbors, The Trappist, back in November -- the brewmaster of Baird Beer was here visiting from Japan, so they took over the taps! They were so kind to invite us in on the fun to collaborate on the event, and so we brought in Casa de Kei to grill up takoyaki (aka octopus bits in batter, grilled into balls), the perfect accompaniment to a glass of ice cold beer.

There were spurts of rain throughout the evening, but that didn't stop us from grilling on the back patio. It was a lot of fun! Yoko and I joined Keisuke behind the grill and helped him make the balls -- we quickly learned that it was a very challenging task. 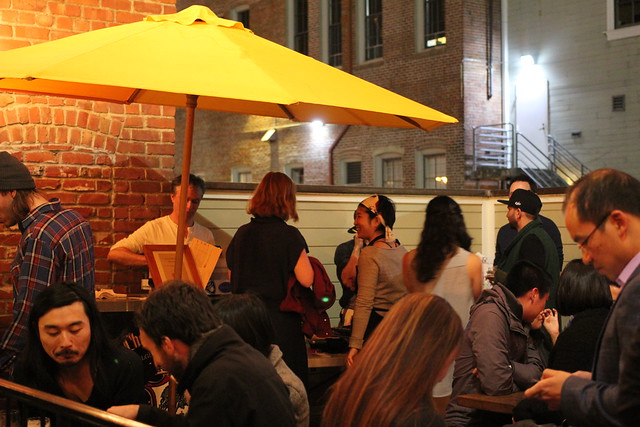 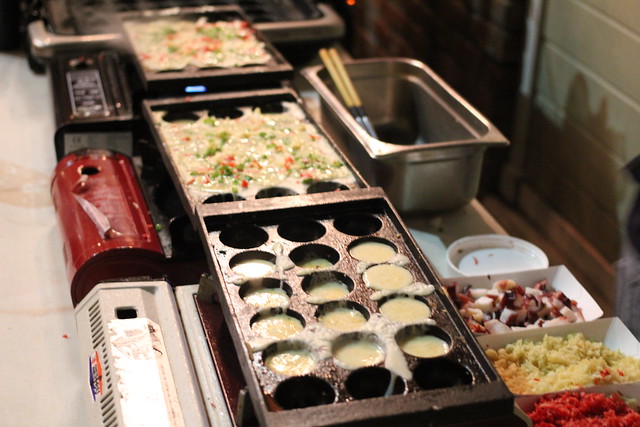 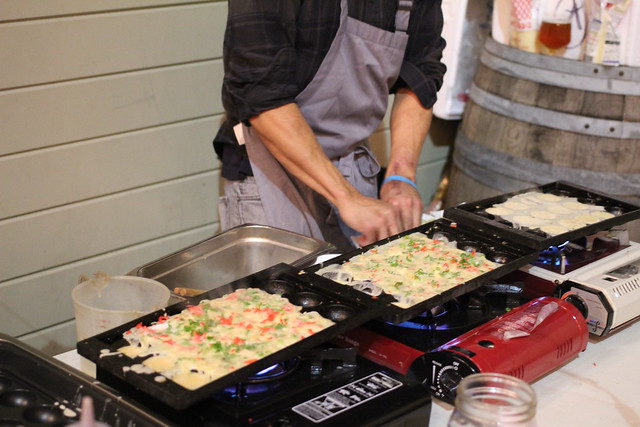 Takoyaki is all about timing -- if you miss a beat, the balls will burn, so you must turn them as fast as you can. 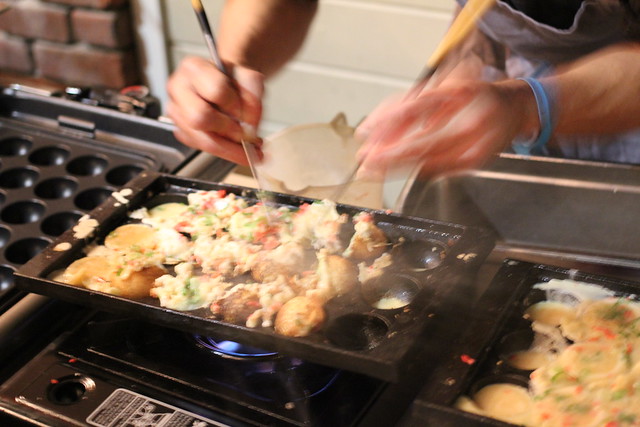 After all was said and done, I think we ended up grilling up 600 balls! It was nuts! Photo by Casa de Kei via Instagram

Baird Beer set up shop in Numazu City, Japan in 2000, bringing an array of beer styles to an audience increasingly curious for variety. When you think of beers from Japan, light lagers immediately come to mind, am I right? But Baird has filled a niche as popularity for microbrews is growing both Stateside, and in Japan. "We will not brew vapid beer. We are not afraid to not appeal to everyone," Baird states on their website. Punk rock! But Baird Beer business is booming, as they just opened a huge brewery on the river, with a campsite coming soon!

Glass of the Yabai-Yabai special edition Scotch ale. Photo by @EastBayBeer via Instagram

Thanks Trappist for inviting us over. We'll see you at February's JAPAN BEER FEST! 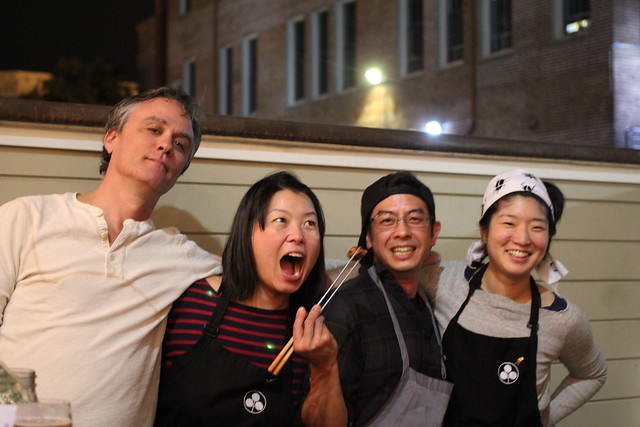 *All photos by CABS unless otherwise noted