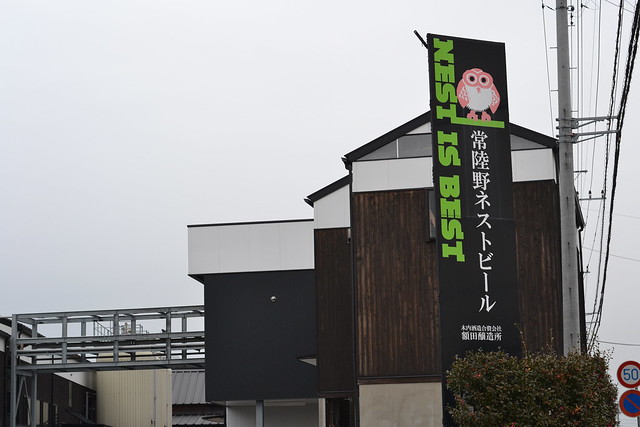 Yoko and I have the best job. We own our own business, love our staff, have rad customers, and get to travel frequently for Umami Mart. It's not always glamorous – like when I spent half the day earlier this week schlepping around boxes at our warehouse in the rain, receiving pallets upon pallets of new products from Japan; while a groggy and jet-lagged Yoko worked the cash register at Umami Mart like a champ – but the price must be paid for the really good times. Like traipsing around Japan, visiting sake and beer breweries!

It was our true pleasure to visit the Kiuchi Brewery in Japan last week where Hitachino Nest is brewed. From Tokyo, it took 3 trains, 2 hours, and a car ride, but we got there. In 1996, the first Hitachino Nest beer was brewed at the Kiuchi headquarters, their nearly 200 year old sake brewery in Hitachi-Kounosu, a small town in Ibaraki prefecture. Microbreweries have been popping up all over Japan since 1994, when the government lifted a sanction to allow smaller productions of beer (move over Asahi, Sapporo, Kirin and Suntory!).

Like Kiuchi, many sake breweries have followed suit as beer brewing is similar to sake brewing. Today, the demand for Hitachino Nest beer has skyrocketed. We visited their large facility in Ibaraki, while they also have a brewery in Korea, and an upcoming one in Hong Kong is being built as I write. Hitachino also happens to be the exclusive brewer of Brooklyn Brewery beers, which is mind-blowing considering you can't even get the beer in California. (Hey Brooklyn, what's up with that???) In 2008, Hitachino's state-of-the-art beer brewing factory was born: 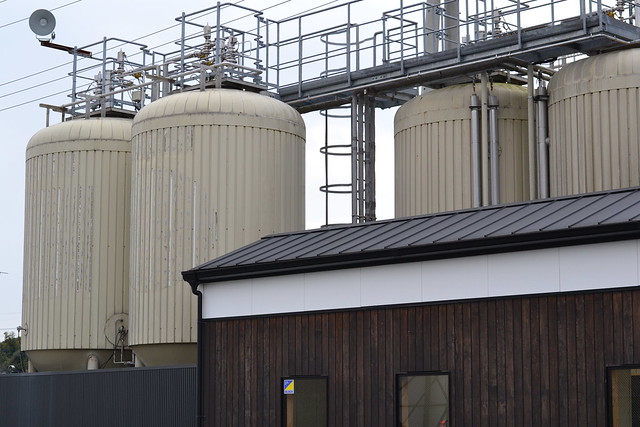 Upon entering the brewery, you are greeting with Hitachinos awards, medals and accolades: 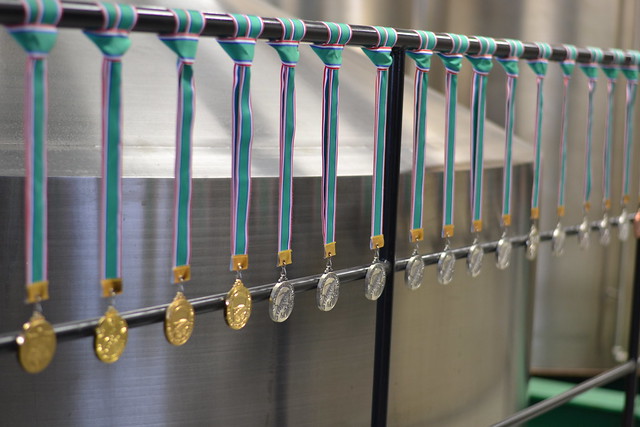 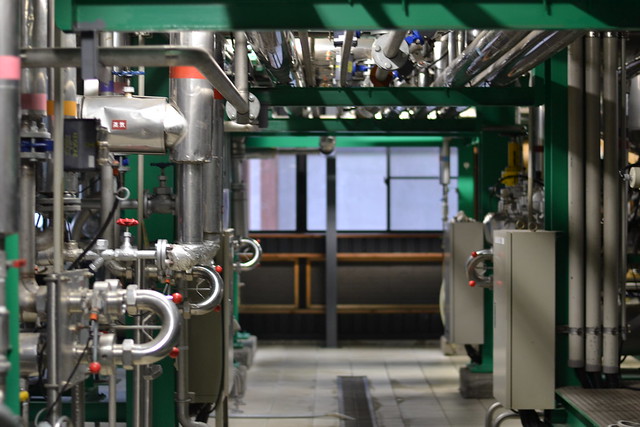 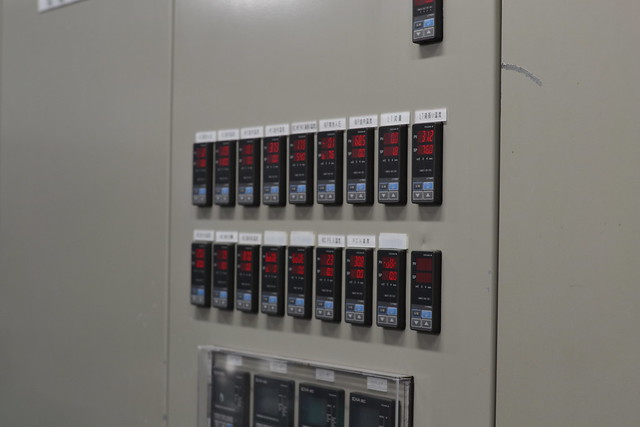 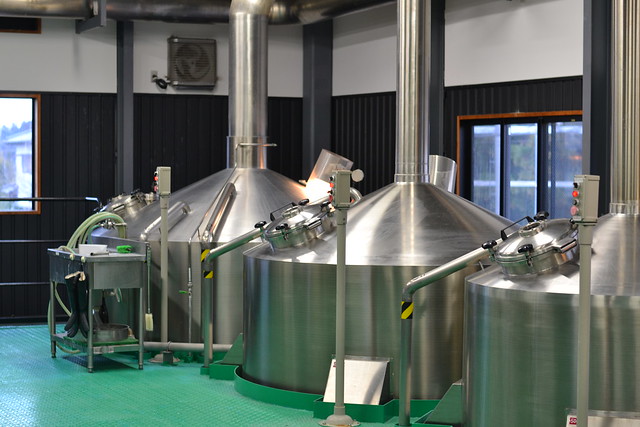 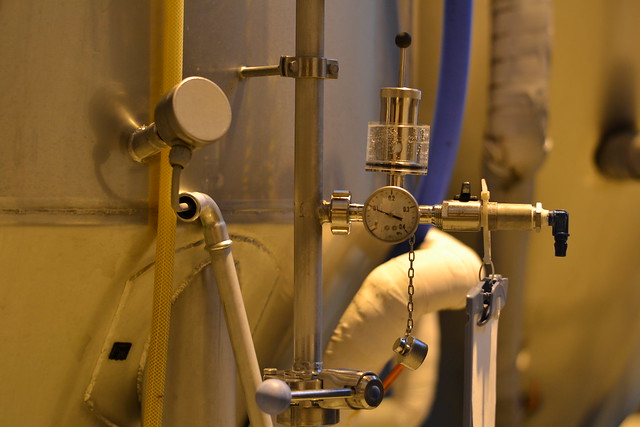 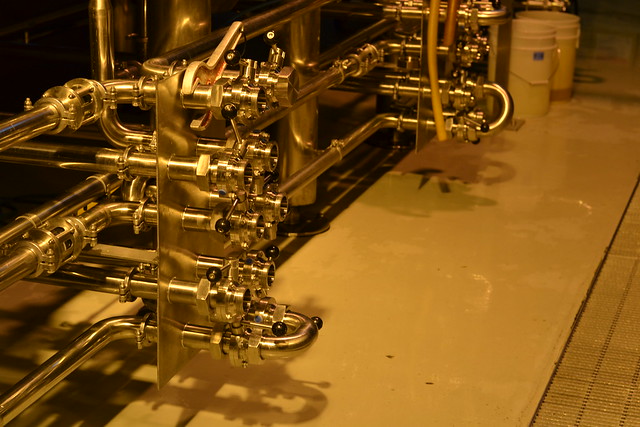 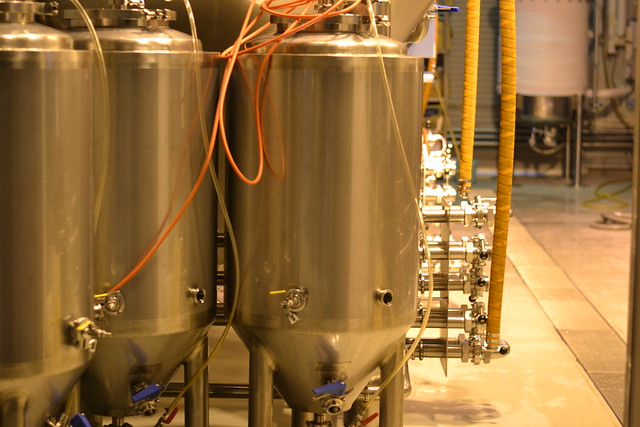 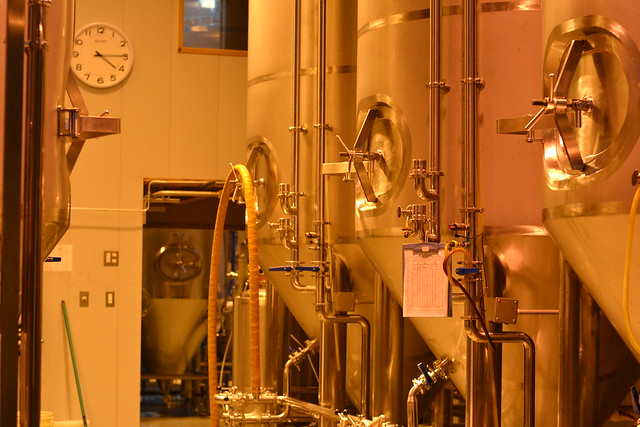 Like sake breweries, there were tubes and pipes distributed along the ground: 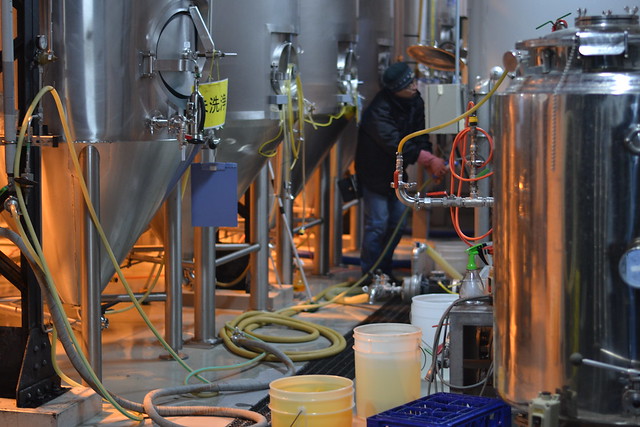 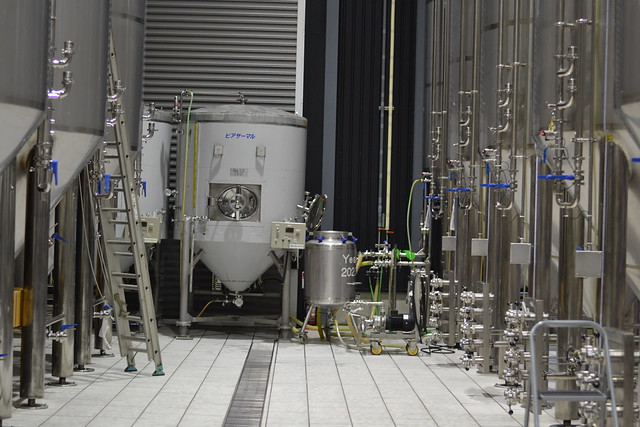 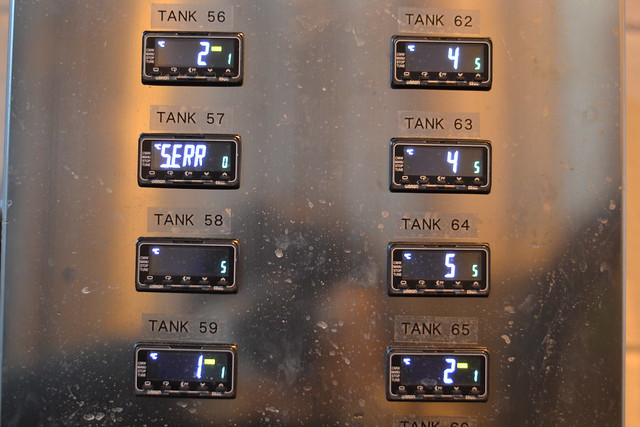 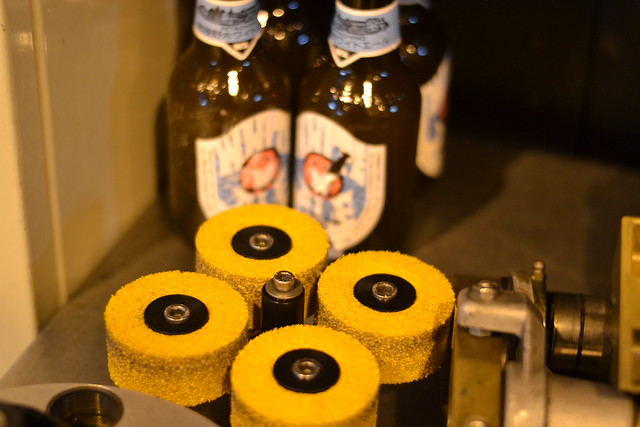 One of those pallets is coming to America! 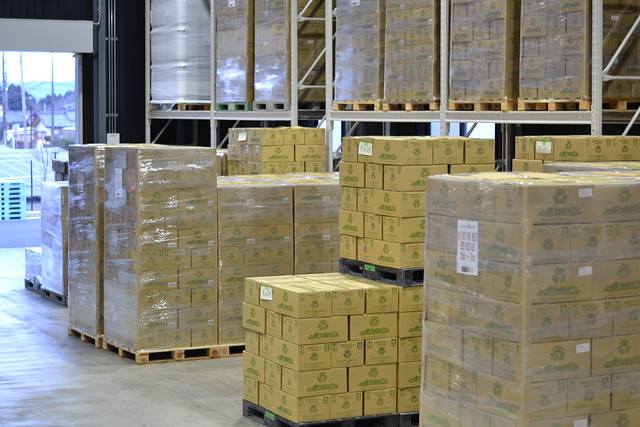 We learned that they ship draft beer over the Pacific in these plastic kegs. Once they land, they are transferred into the aluminum kegs: 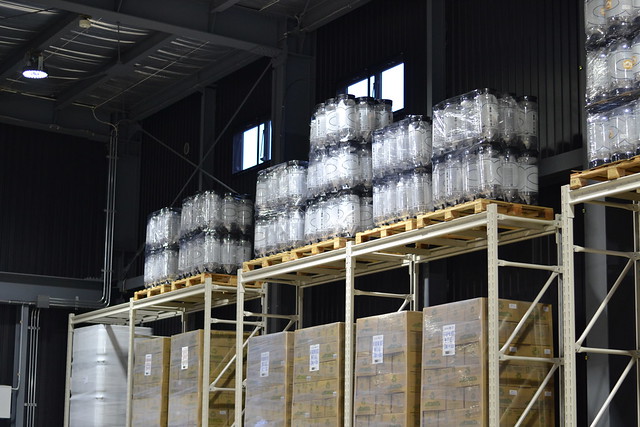 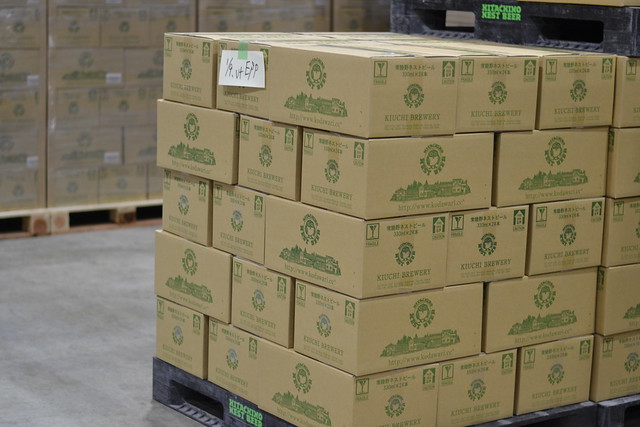 We spied the one of the newest releases by Hitachino, the Lager. In cans! 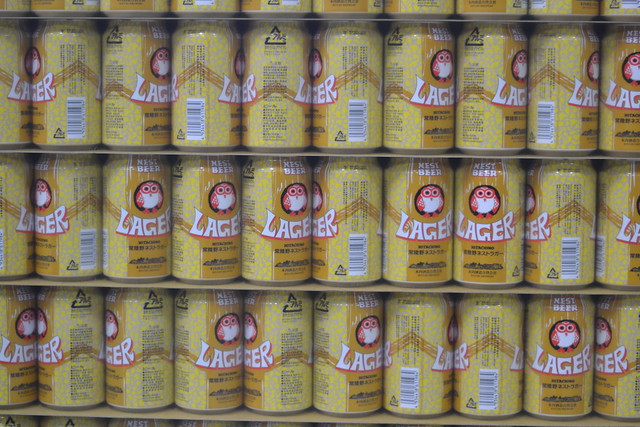 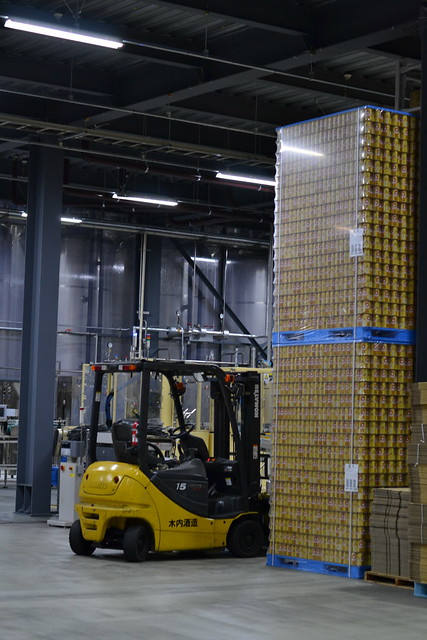 The cans are limited to the White Ale and Lager brews at the moment. We want them. Iconic Hitachino labels: 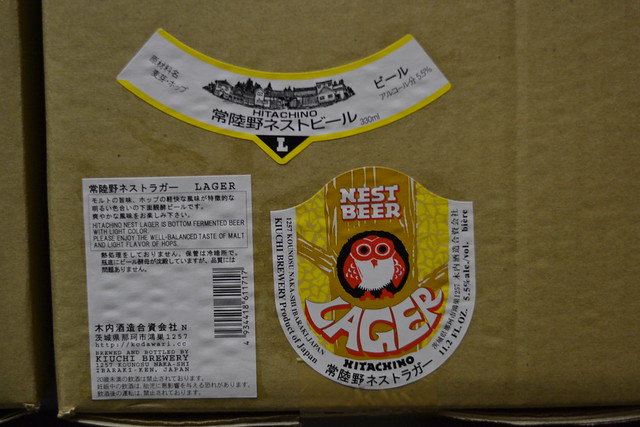 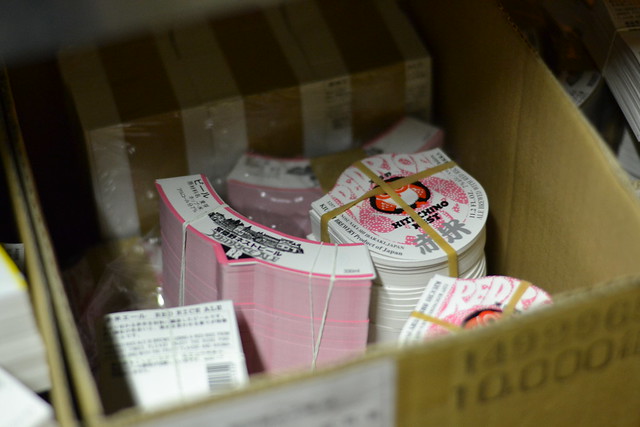 There's a secret room where they are aging wine and sherry...

Hitachino also offers a course where you can come and brew your own beer, on their sake brewing property. For about $300, you can come with your own recipe, spend the day starting the brewing process, and they will finish it off and send the batch to your home (in Japan) in about three weeks. 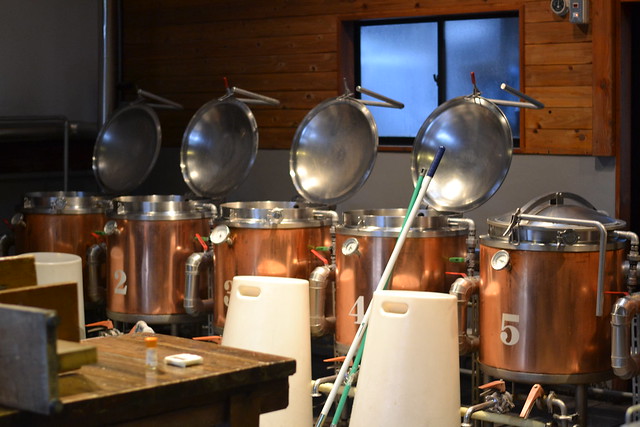 At the end of our tour, we were given five different beers to taste, straight from the tanks! It was so special and they tasted so fresh. I especially enjoyed the Ginger Brew.

I first sipped Hitachino, the White Ale, around 2005 in New York. It was way above my budget for a beer but I could not resist the charming owl, inviting me into its galaxy. Speaking with the owner Toshiyuki Kiuchi, he told us that exporting the beer to the U.S. and Europe was always a high priority. He was a man with a vision, that has not faltered. Today, Hitachino continues to be a high-quality luxury beer, and is probably the most recognizable microbrew from Japan, throughout the world. Of course, we are Northern California's number one retailer for Hitachino beers, so stop by our Oakland shop and go nuts over Nest! Also, the insider scoop is that Hitachino is opening a pub and soba restaurant right here in San Francisco. Details to come soon! Thank you to Mr. Toshiyuki Kiuchi and Anna Nakamura for hosting our tour. If you'd like to visit Hitachino Brewery in Japan, contact Anna at ana@kodawari.cc. Tell her we sent you!