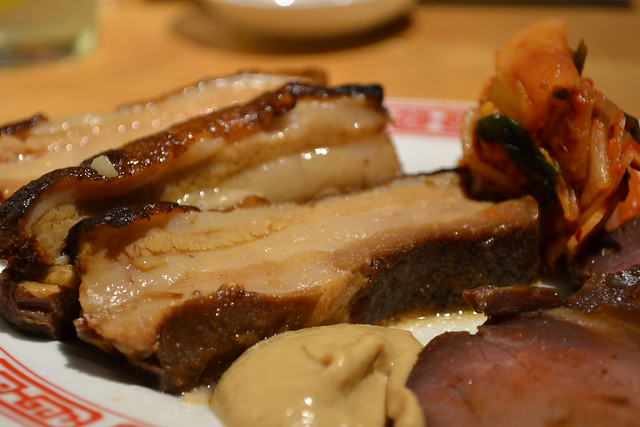 Kayoko and I rolled into Portland at around 3pm from Seattle during the first days of summer -- and Portland delivered on their end of the summer deal. It was dry, hot and there was no escape from the sun.

After attending a meeting and feeling pretty beat overall, we headed over to Noraneko, a new ramen spot conceived by the same geniuses behind Biwa. I was looking forward to this all day (never mind that Kayoko and I already had noodles that same morning in Seattle — noodles once a day means business as usual, noodles twice a day means it’ll be a memorable day.

Noraneko feels like home. It’s cozy and long with high chairs. The magazine racks give it a ramen-ya feel with diners flying solo and others coming in groups. 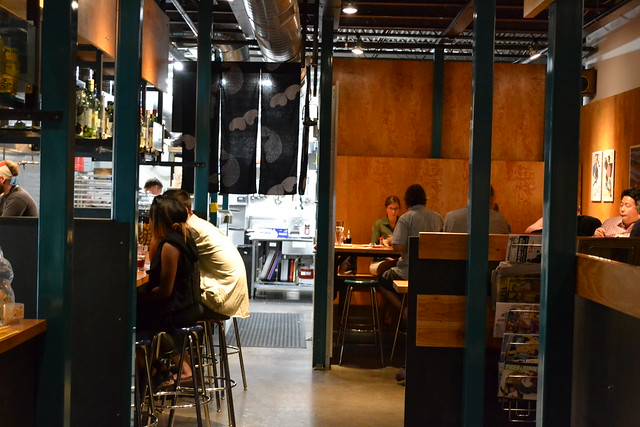 You order at the cash counter and get a number. Even the tags were cute. Noraneko means stray cat in Japanese, hence the cat theme. 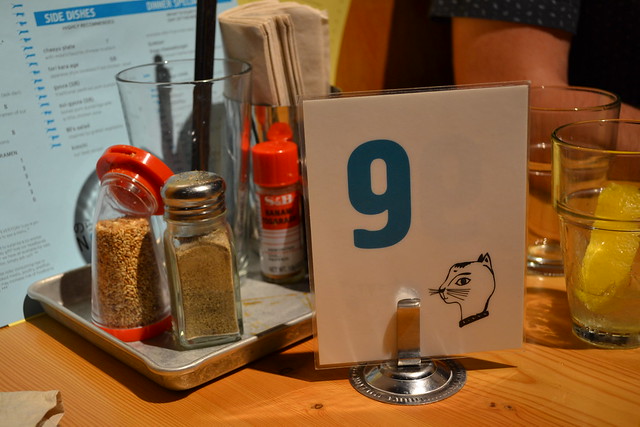 We must talk about this chashu plate. It comes with two styles, fatty pork belly and a leaner pork loin cut. For $7 you get 3-4 pieces each with a side of kimchee and house made mustard. 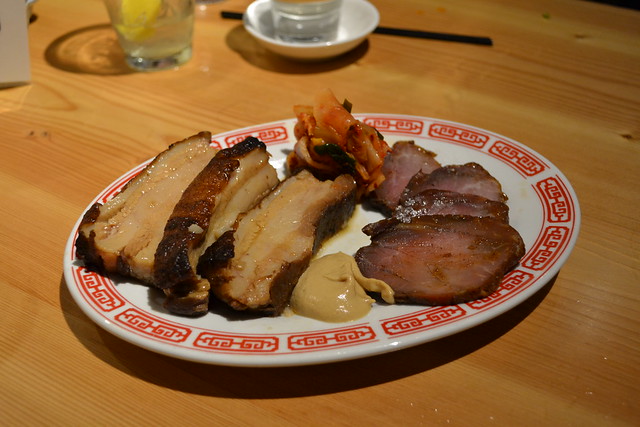 I must be the only person in the world who’s not a big fan of pork belly, but this stuff at Noraneko has changed me. There is no chewing or much solid texture recognition, just melting. The sweet and salty seasoning is just right, letting the porky flavor come through. I didn’t feel like I had to down a glass of water or beer with this since it wasn’t overly salty. The edges of the pork belly were a little crispy and slightly caramelized creating a stick-to-your-teeth effect.

The pork loin served as a good contrast to the belly. With some texture and meatiness, this was like more like my grandma’s chashu, comforting and made with time. 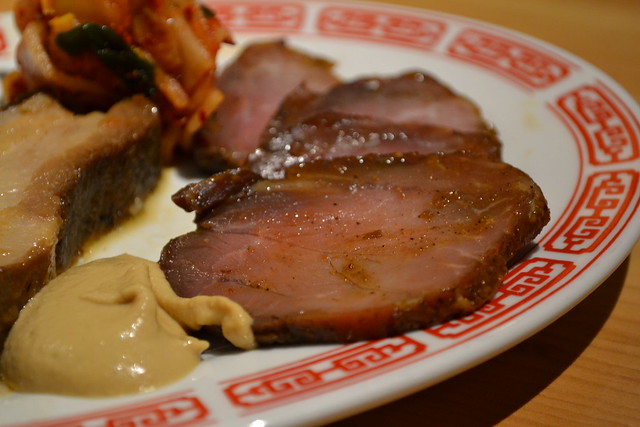 Then came the noodles. I got the shio ramen. I love shio ramen and this bowl did not disappoint. 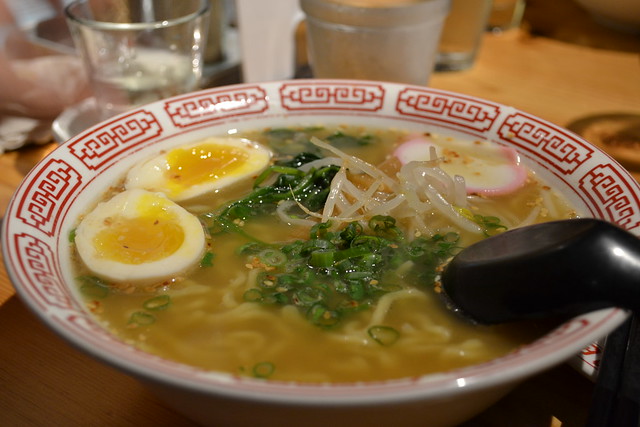 The broth was deep and I liked the no-nonsense springy noodles. 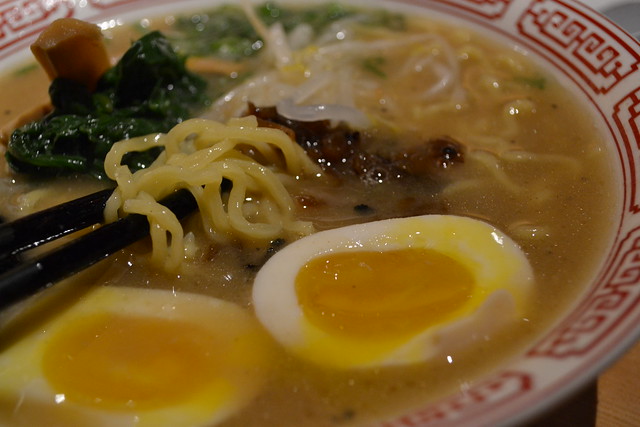 A ramen shop is never complete without various toppings and condiments. We ordered extra garlic for “$0.” What?! My parents taught me that nothing in life is free. I can now prove them wrong by showing them the Noraneko menu, “Look, extra garlic $0!” 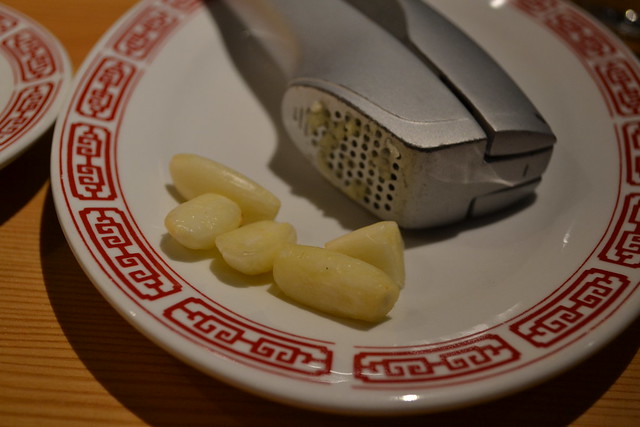 Later in the evening owners Kina and Gabe gave us a behind the scenes tour of the kitchen. Kina and Gabe told us that they and a few other staff pretty much built the interior for the seating area and designed the whole space to fit their image of a dream ramen shop. We traveled behind the noren (curtain) to the kitchen. 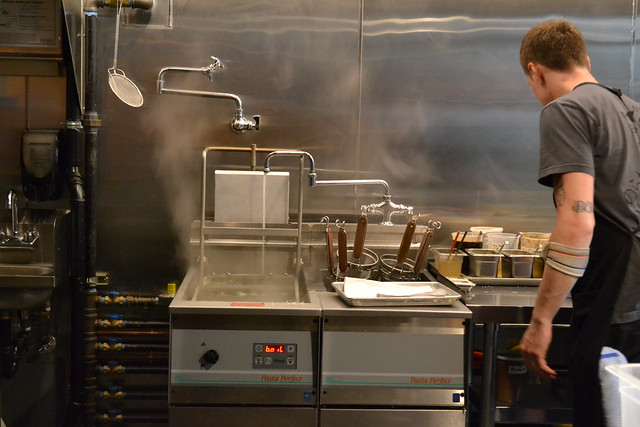 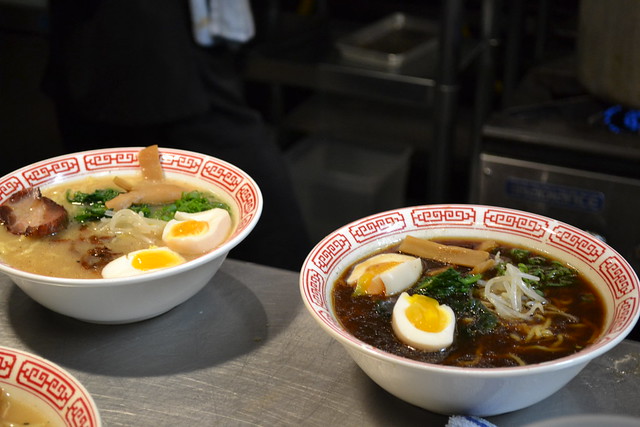 Chashu waiting in the wings. 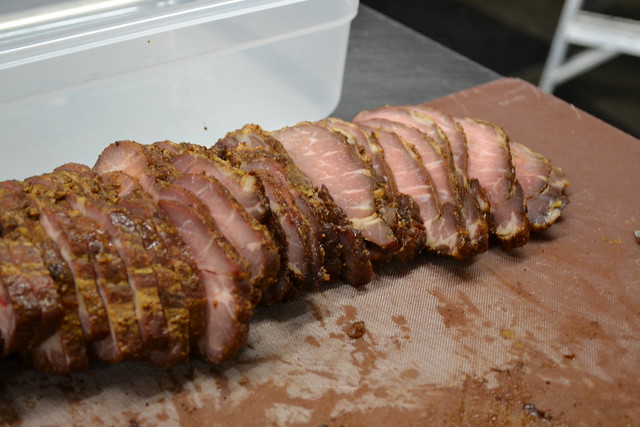 As we exited the kitchen it was almost 11pm and the lines were starting to snake around the front door. This was clearly the spot that Portlanders came to after a show or shift at the local diner. They are open until 2am every morning!

This was our first, and probably best meal in Portland for the food and great company. Noraneko was a great place to escape the heat, unwind and keep the food coming into the night. 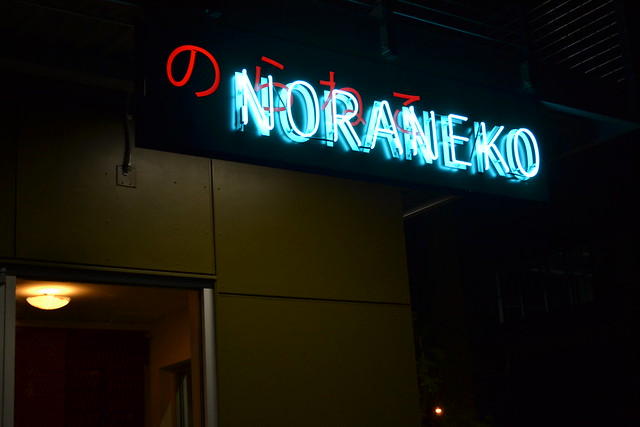