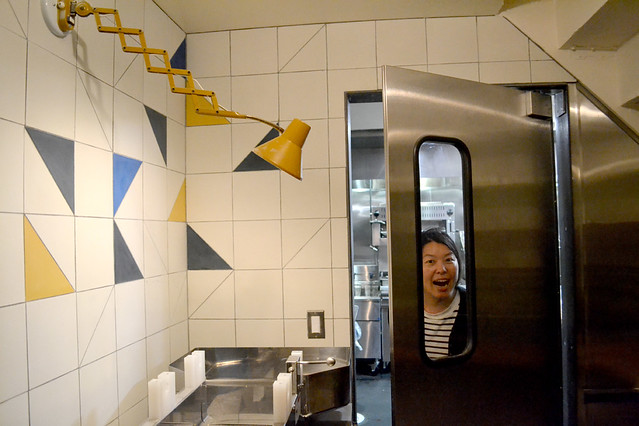 Remember when the Ramen Shop guys brought the 500 pound Richmen, the massive ramen noodle making machine to Umami Mart back in October 2012?! In case you were not there, let me fill you in. Two months after Umami Mart opened, we invited the Ramen Shop guys over for an event. Sure we wanted to see the guys, but the star of the event was the "Richmen" ramen noodle machine. The event took place roughly two months before the Ramen Shop opened, so this was our chance to get a piece of the Ramen Shop into Umami Mart before it was too late. JJ demonstrated the noodle machine and our guests took home noodles to try at home. This was a true sneak peek into the Ramen Shop as this was only the sixth time for them to make noodles out of the machine. We still reminisce about that event and talk about how we rented a U-haul and had five people accompany the Richmen as it road-tripped across the unpaved roads of Oakland from the Ramen Shop to Umami Mart. Two months after the event, the Ramen Shop would open and you all know what happened next. The Ramen Shop became a raging hit, with accolades from across America, and the Richmen was forever tethered to its station and went into noodle-making overdrive. Fast forward to this summer, when JJ & Co. expanded the Ramen Shop into the former luggage store right next door. Not only would this expansion include a customized kitchen that functions to the needs of the cooks, but also would include a cozy bar that functions to the needs of Chris Lane, the bar manager at the Ramen Shop. We know how hard they've all worked to get to this point, so Kayoko and I would like to shout from the mountain tops: "Congratulations!" We also wanted to congratulate them in person, so we casually strolled in last week, and then closed the bar out... oops. The awning above still says "Rockridge Luggage." You will see people sitting outside enjoying cocktails though. No luggage here. 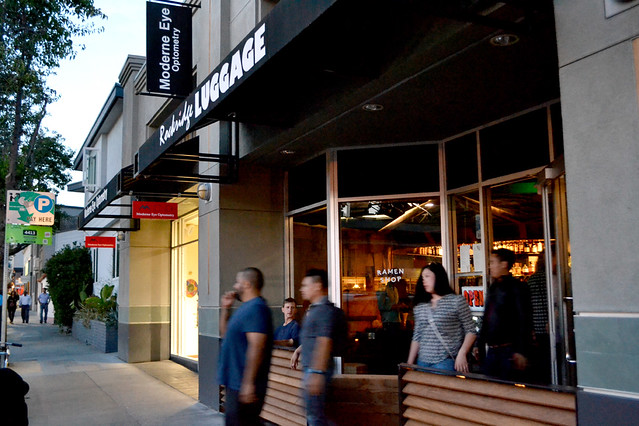 The bar is lit like a cocktail bar in Japan, with low ceilings and shiny bottles that reflect twinkles of light. 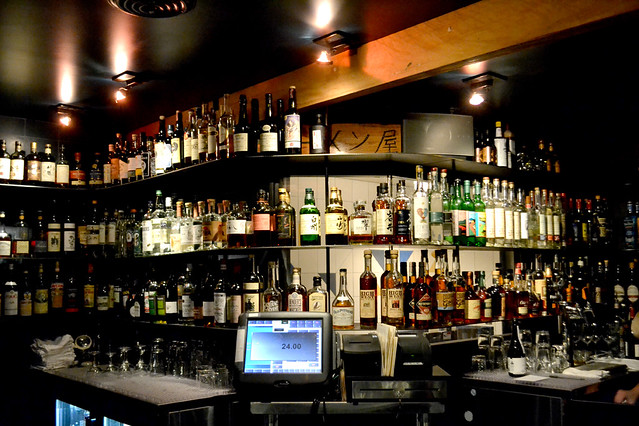 Hey... what's that behind the back bar??? Chris Lane's famous Double Barrel Fizz (that tasted like a sour cherry pie -- my favorite dessert ever) and a Santiago. 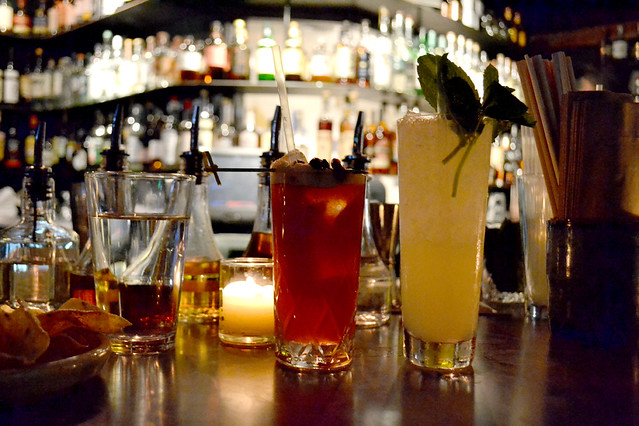 I got a Daiquiri that used Plantation Pineapple Rum which made me feel like I was on vacation, but actually with a good drink. 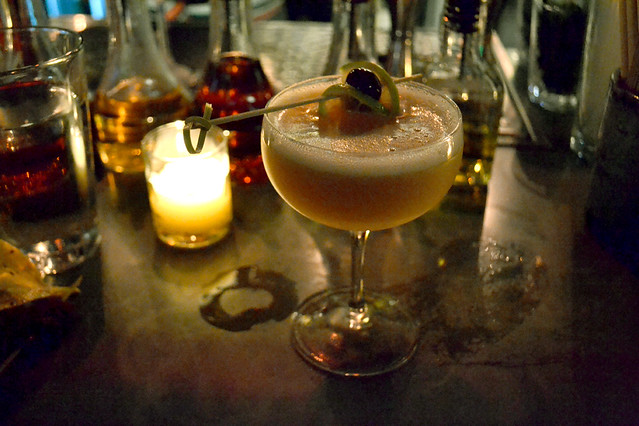 After breaking in the bar, we asked to see the noodle room. The noodle room is temperature controlled to a constant 70˚F. It also has a barometer to indicate the humidity in the air. "For days when there is higher humidity, we adjust the amount of water that goes into the noodles," JJ told us. Makes a lot of sense! The lampshade and tiles remind me of "Saved by the Bell." 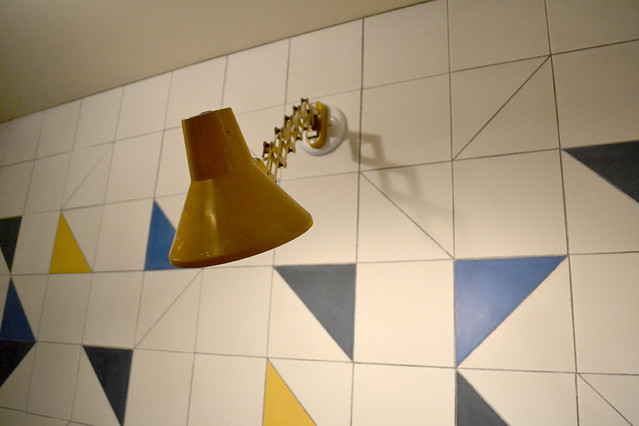 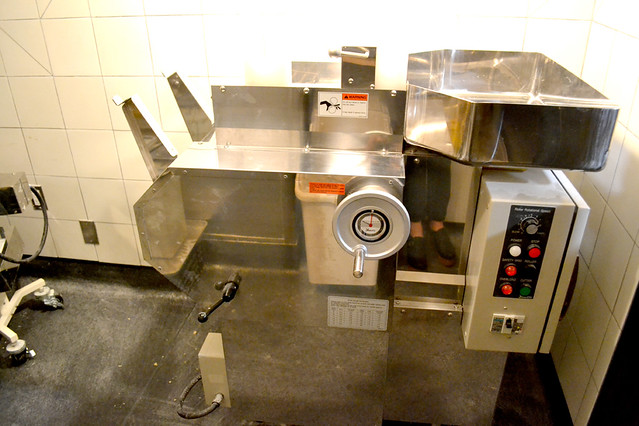 This machine is not only quieter and smoother but makes noodles 4x faster. They've also got a machine dedicated to mixing dough. 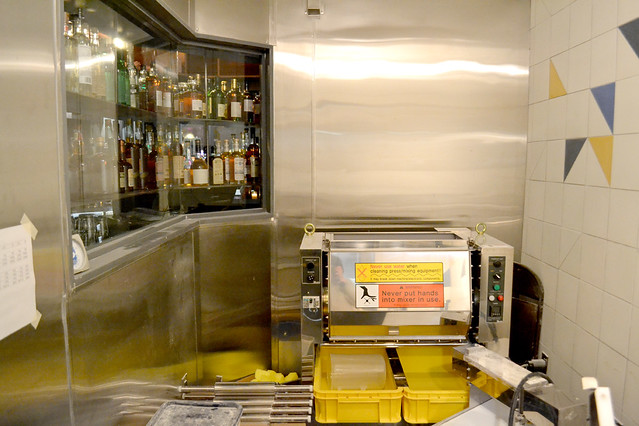 Here's JJ turning the machine on and giving us a mock demo of the machine.

Thank you for the tour guys! This will be the first of many nights we will spend at the "new" Ramen Shop with the "new" Richmen.

It's crazy to think that just three years ago, we were all just starting up. And it's comforting to know that three years later we still find pleasure in geeking out over noodle machines.