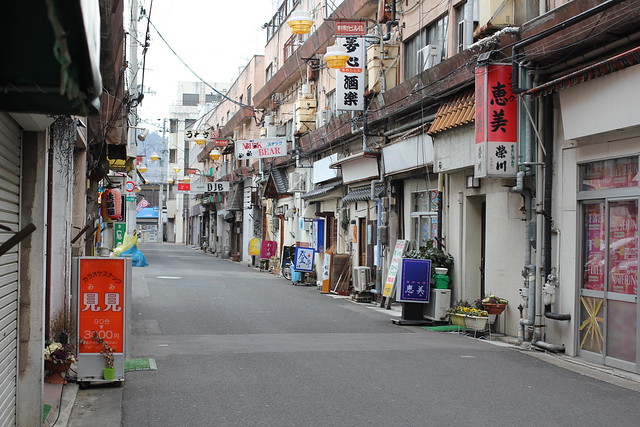 If you try Googling "Fukushima" you'll get pages and pages of links with words like, "tragedy" "disaster" and "fear" in the title. This is simply fact. On March 11, 2011, Fukushima prefecture was home to an earthquake, then tsunami so devastating that it caused a massive nuclear meltdown on the coast. Thousands of people were forced to evacuate the area, and many have fled the prefecture entirely, especially younger families. The death toll now hovers around 2,000 with fatalities linked to the disaster; and while the clean-up process is ongoing, the plants continue to have radiation containment issues.

During our trip to Japan, Yoko and I decided to take the short shinkansen (bullet train) ride, just 1.5 hours northeast of Tokyo, to Fukushima City to see what's going on up there. There MUST be more to Fukushima than the horror and devastation! I mean, people still live and work there, right? Our good friend and Jicca owner Tori-chan, whose hometown is in Fukushima prefecture, accompanied us on this journey.

From the train station, we took the local bus out about 30 minutes and landed in what felt like a scene from an old Jim Jarmusch film -- we could have been the three vagrants from Down By Law. Er, in wintery Fukushima, that is. It was a Sunday, so the streets were empty, and while there were a few shops speckled in the landscape, it was pretty desolate. But Tori-chan's musician friend insisted that we visit Anzai Fruit Farm so we were determined to stop by. 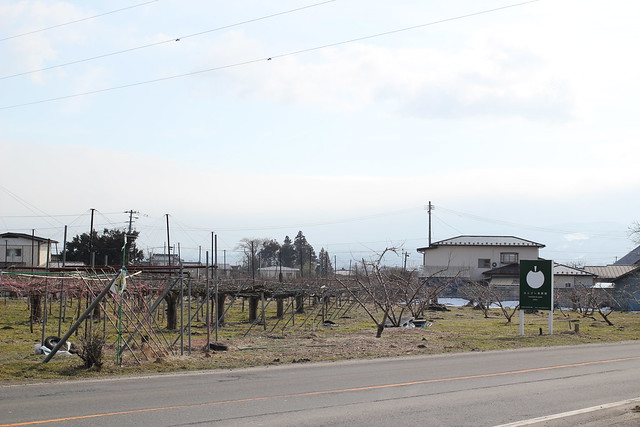 Turned out that Anzai Farm was closed for the winter! But we called and the owners live just upstairs so they let us inside! Anzai Fruit Farm, specializes in apples, pears, peaches and cherries. The orchard is on one side of the street, and the sales office is on the other side. 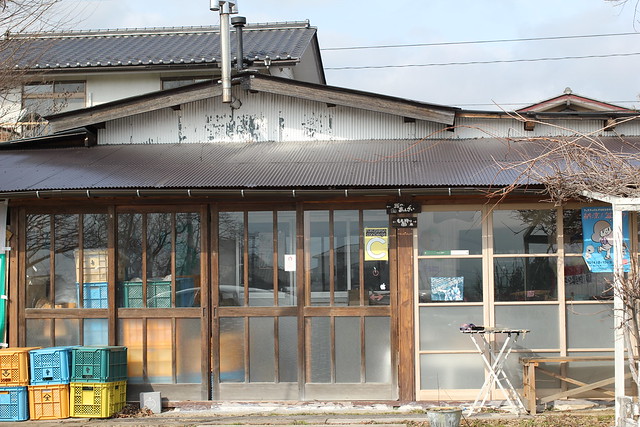 Hisako and Katsuju Anzai run the family farm, which is in full force in the summer time. This year marks the farm's 40th anniversary! When the earthquake struck in 2011, the house rocked so hard that the windows and doors could not close shut. So with a facelift and renovation, Mrs. Anzai opened the gallery, showcasing paintings and handmade ceramics from all over Japan. They were so hospitable and offered us some tea and sweets. It was the coziest. 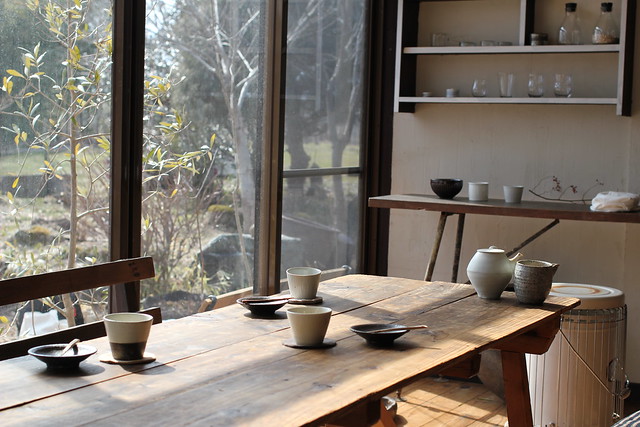 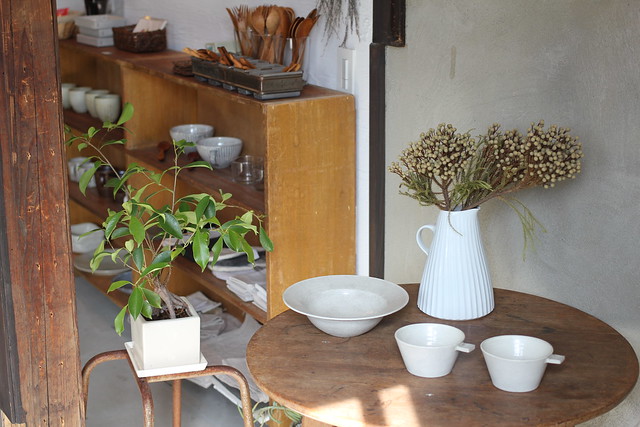 Their son and his family helped run the farm and lived on the same lot until the earthquake hit. Then, they moved to Hokkaido. Mr. and Mrs. Anzai now run the farm and gallery on their own, and in the summer they host a concert on the grounds as well, drawing in people from all over Japan. Mr. Anzai spoke of how everyone fled Fukushima after the earthquake but his commitment to the area was steadfast. He and his wife decided to stay.

Everything was utterly stylish and elegant and I was so inspired by their lifestyle -- running a gallery and a farm! Supporting artists! Building a strong community with fans from all over Japan. Incredible! 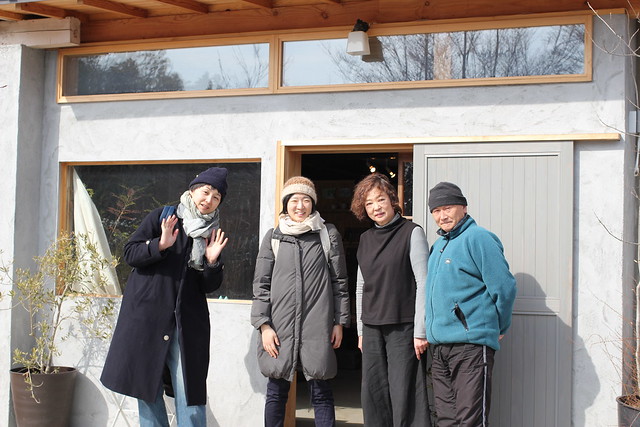 Right after we Instagrammed this photo, our friends in Tokyo commented, "Say hi to Ji-ji!" Apparently, everyone in Japan called Mr. Anzai "Ji-ji" (like the black cat in Majo no takkyubin my fave Miyazaki film!) and he has a cult following. He is the true Godfather of Japan. 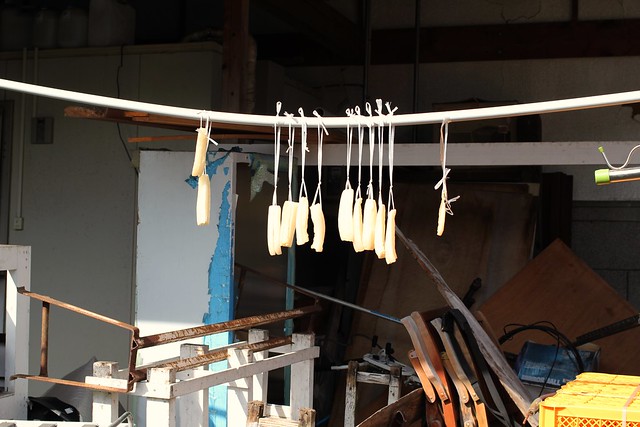 Mr. Anzai had been telling us about a cool little building full of shops and he actually drove us there! How nice is that?! I was so astonished by such a grand gesture of hospitality. 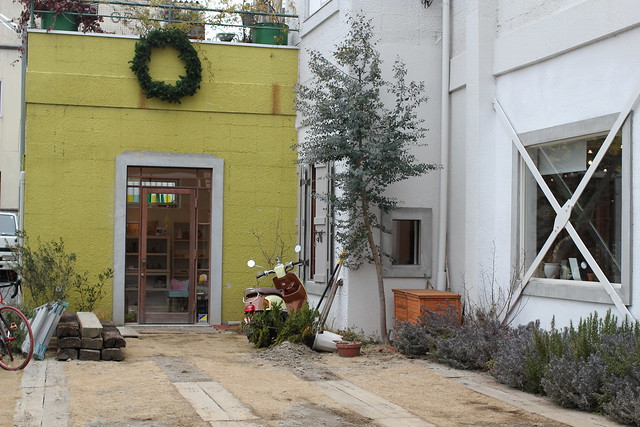 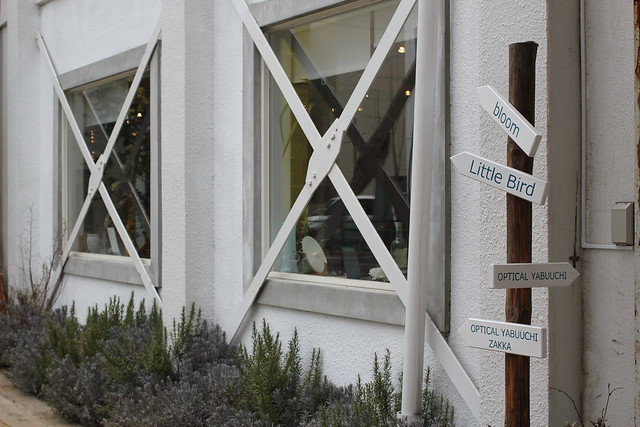 On the ground level is Optical Yabuuichi, an exceptional eyeglass shop with a little boutique in the back selling Japan-made gift items. 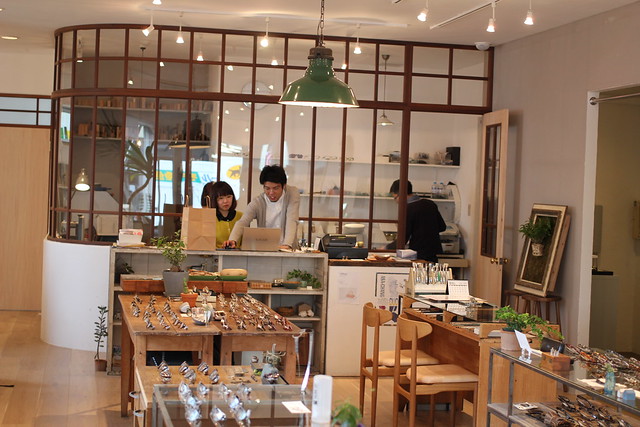 They sell fashionable frames from Europe and Japan, antique frames, and frames that the owner Yoshihisa Yabuuchi carves himself from WOOD. 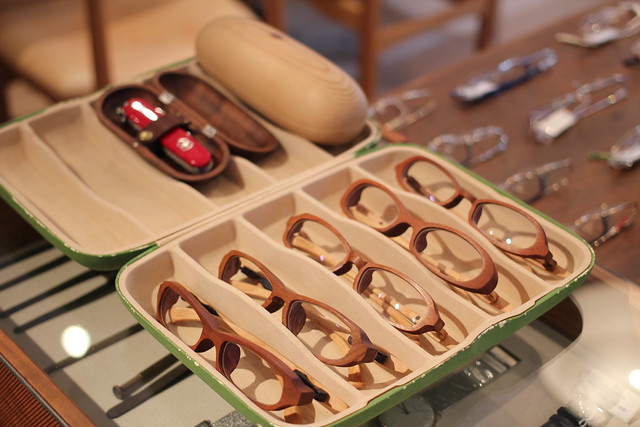 There is a two year waiting period for these highly coveted and made-by-hand bad boys. They are SO COOL. I was too scared to ask him how much they cost. I really really really wanted a pair; don't be surprised if you see me in them when I am 40yo (that's when I plan to be fabulous).

Mr. Yabuuchi invited me into his atelier. An artist at work! 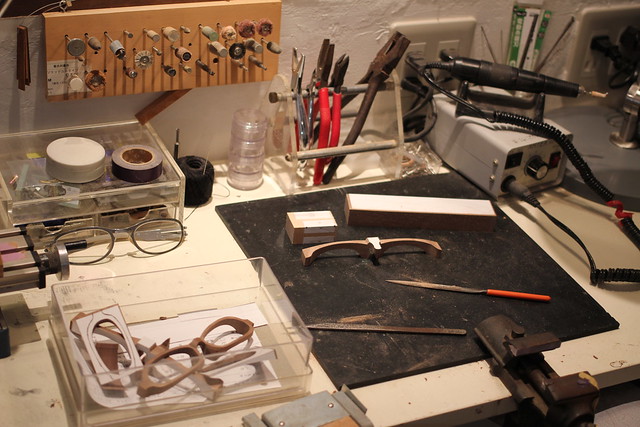 They served us coffee and sweets here too. Hospitality everywhere! Of course Ji-ji was welcomed everywhere we went. We were truly with a celebrity. 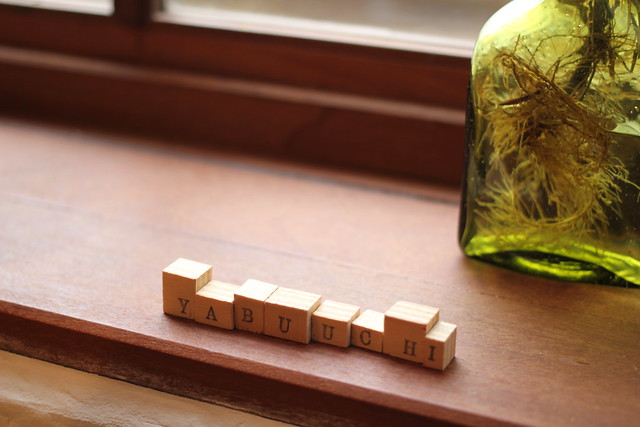 Just upstairs there are two shops, the first was a lovely flower shop called Bloom. 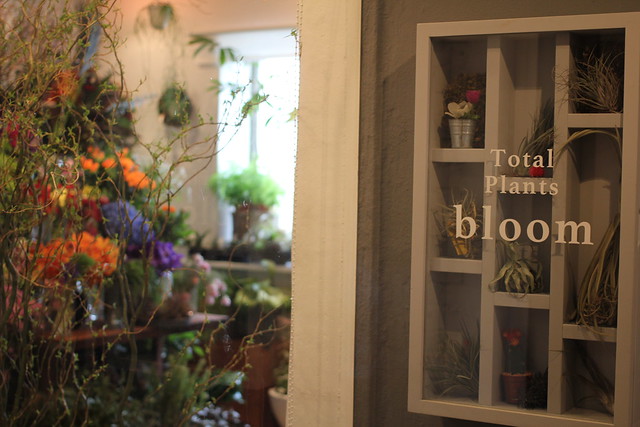 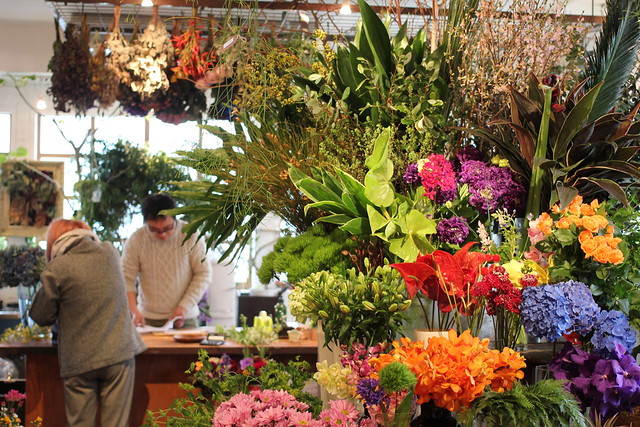 I used to work as a florist in college and while I can't say I know much about flowers, I do have a deep love for them. This shop was gorgeous; there was such a harmonious balance between the succulents and vibrant living flowers. 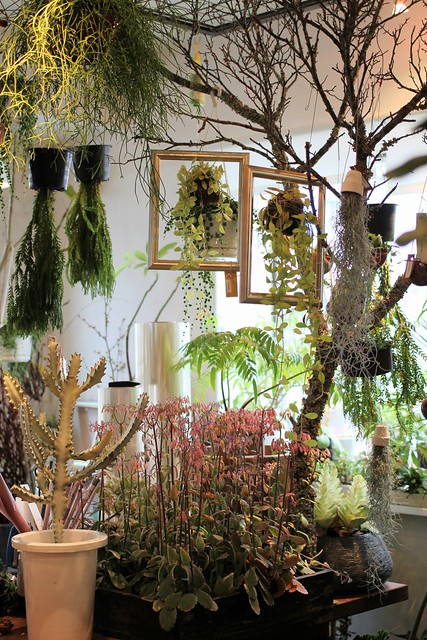 Right next to Bloom is Little Bird, the awesomest record shop in the world!

Well, there are awesome record shops all around Japan (at least in Tokyo), but Little Bird is special. 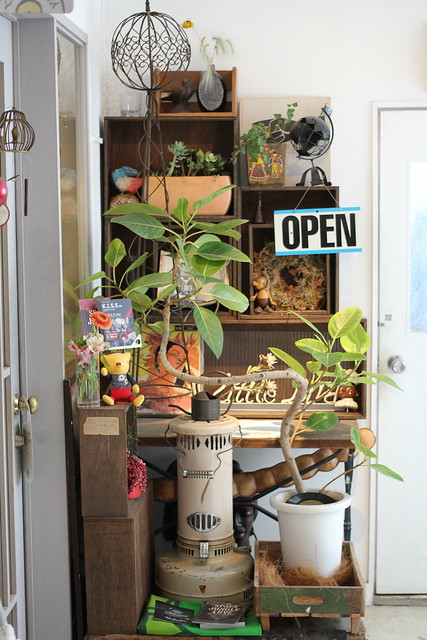 Why is it special? Because of Marcy, owner of Little Bird and disc jockey extraordinaire. 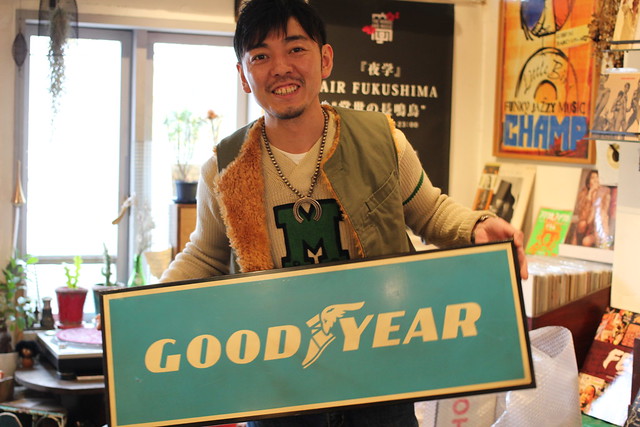 He has a nicely edited collection of his favorite funk, soul and R+B classics. And disco hits from Japan too! 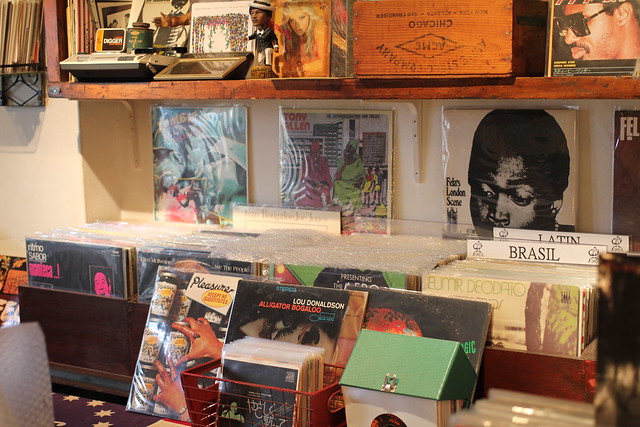 He had this photo dangling on the wall -- Oakland! Taken right down the street from Umami Mart World Headquarters, fyi. 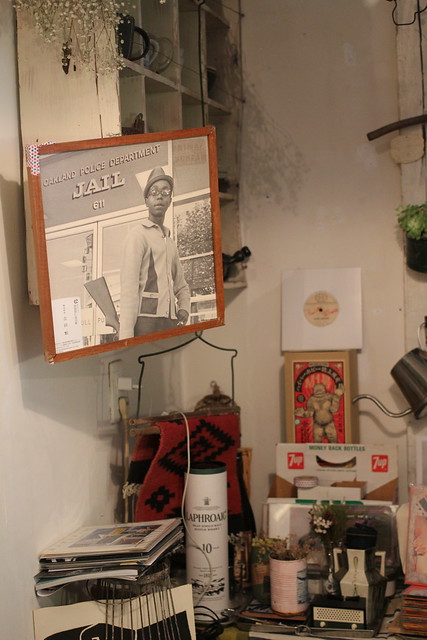 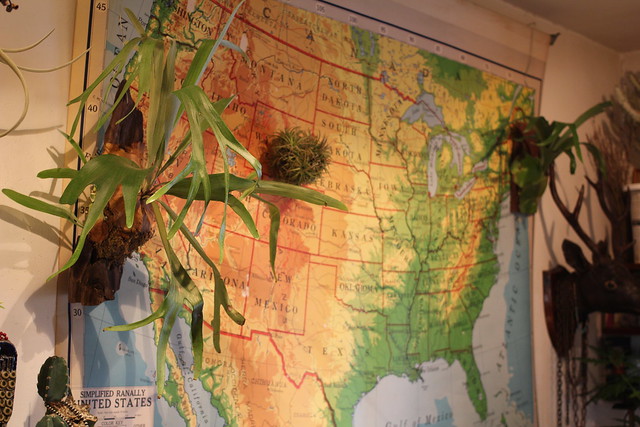 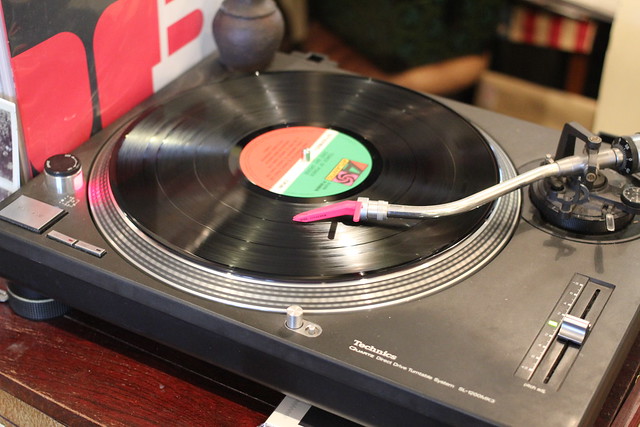 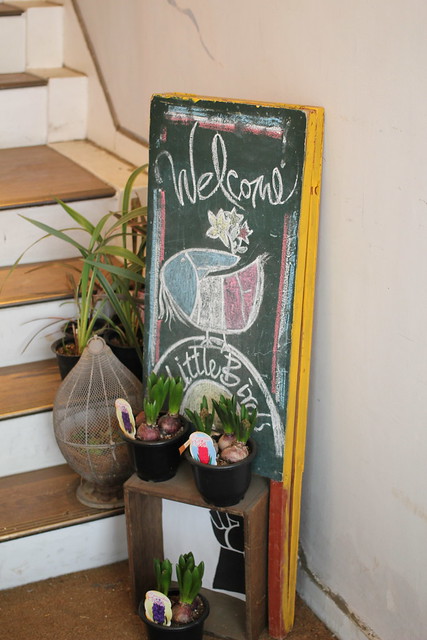 After we said farewell to Mr. Anzai and all the trendsetters in the building, we realized we were starving. It was nearly 3pm and we had not had breakfast or lunch! The nice lady at Optical Yabuuchi pointed us towards the direction of a kissaten (coffee shop) around the corner. 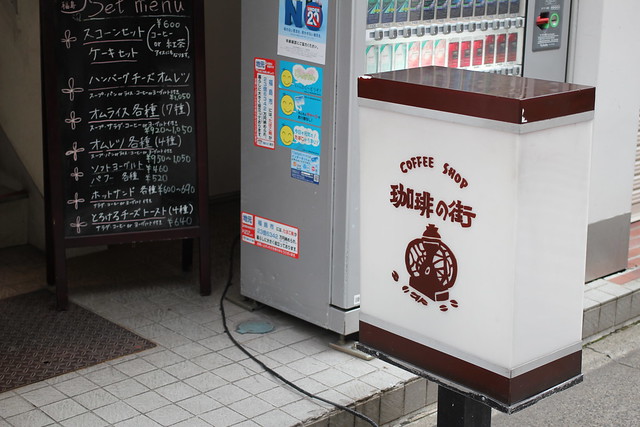 This is where I took inspiration from for my postcard last week. It was truly a charming cafe. With excellent food!!! 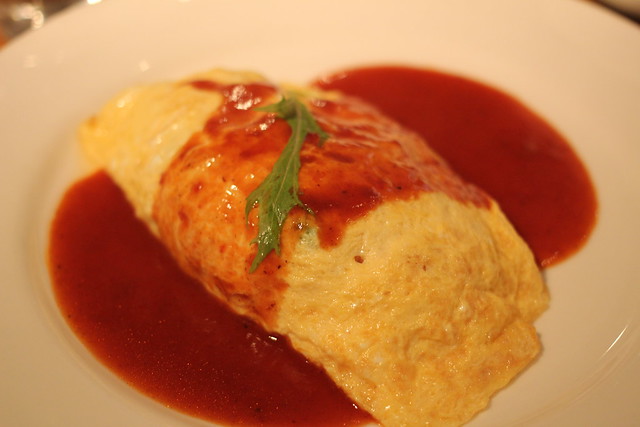 One of the best scenes in Tampopo! 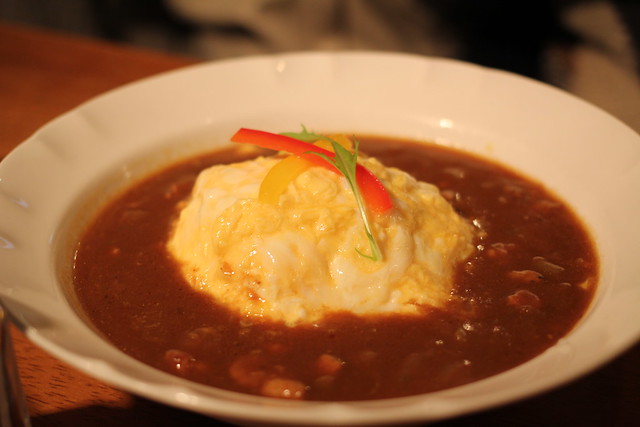 And this came with white rice, not ketchup rice. Tori-chan said she would try to make this at Jicca!

I'll start a petition for her to blog this on Japanify. Won't you sign it?

Since it was so late in the afternoon we thought we would only have a few bites to save room for dinner. Well... 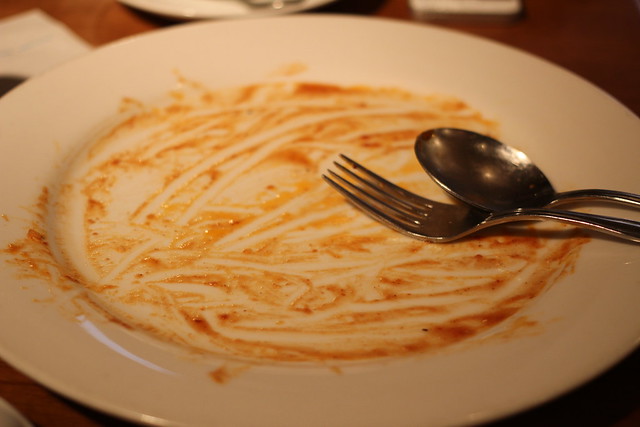 A collection of porcelain coffee cups and saucers: 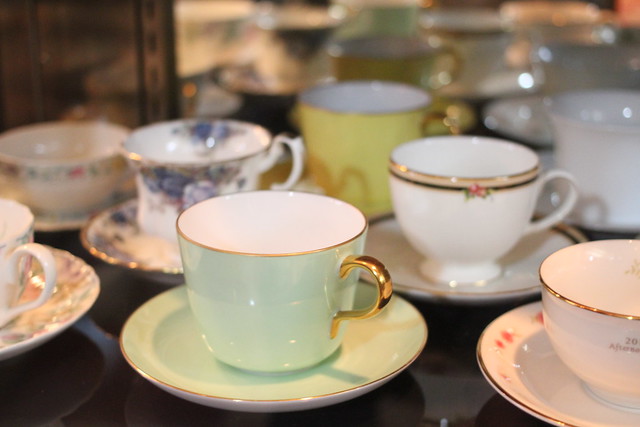 The mural that greets guests as they walk in and out of the shop: 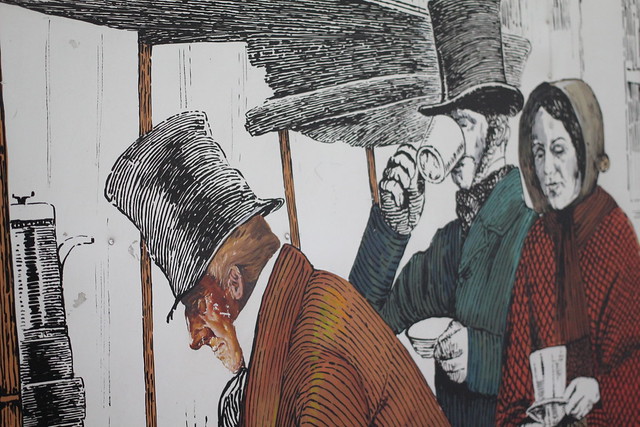 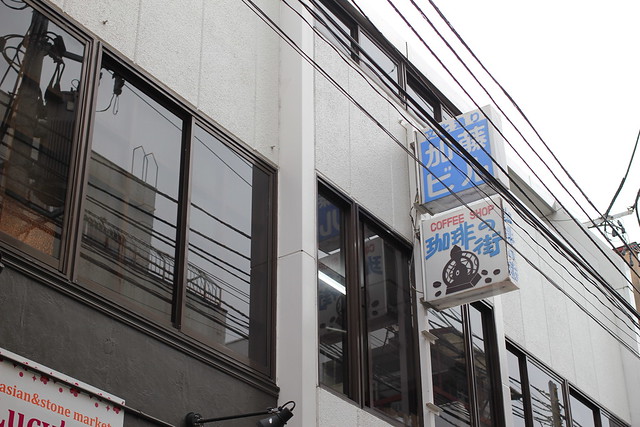 From here, we took a bus out to a small town called Tsuchi-yu in the mountains for onsen (hot springs)! But I'll leave that for another post.

In hushed tones, people in Japan advise one another not to eat vegetables or sea creatures from the coast of Fukushima, and rightly so. My own cousin who lived in Yokohama all his life recently moved down to Okinawa, the most southern island in Japan, to re-start life. After the disaster, many folks from not only Fukushima, but even in Tokyo and beyond, decided to flee the city to start a fresh, humble life.

But there is still a clear vision and inspiration in Fukushima! We saw it with our own eyes. I won't be trite, but I did feel that the town was full of kind people who wanted to build a community and make serious changes. There is sort of a revolution, I felt, happening in Fukushima City that is exciting and hopeful. And daring! We experienced this during our visit. I am so happy to have the opportunity to meet Mr. and Mrs. Anzai, Mr. Yabuuchi, and DJ Marcy. It was really so fun and we will absolutely be back.