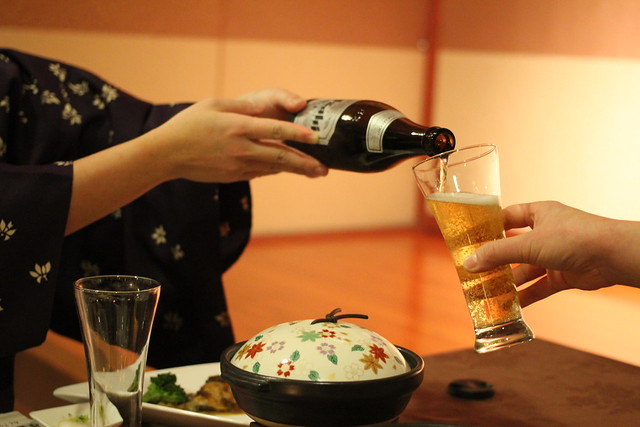 Japan is a country full of people who work hard and play hard. Many put in 60+ hours into the work week, not including the after hours drinking they are forced to join with their colleagues. But I'm happy to report that they rest hard too. Usually there is a ryokan, aka Japanese-style hotel or inn, just a short train ride away where people can go to for one night with their families or partners. It's the best way to escape rowdy city life, lazy around in yukata (casual kimono-style outfits), soak in the onsen (hot springs) and have dinner and breakfast feasts prepared for you.

Whenever we are in Japan, we make it a priority to visit an onsen. They are scattered all around the country and are really well-conserved and taken care of, as there is no other country that prizes its water source than Japan. And they should. There is nothing more luxurious than a scalding HOT springs bath.

In Fukushima, we took a short one-hour bus ride out of the city to Tsuchi-yu, a town known for its onsen and ryokan. 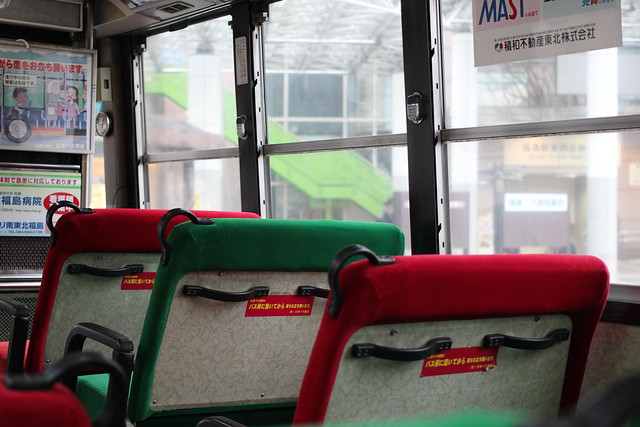 Tori-chan had kindly made the arrangements and this would be the only real R&R Yoko and I would get. We were pumped! Here are some scenes from the bus ride to Tsuchi-yu: 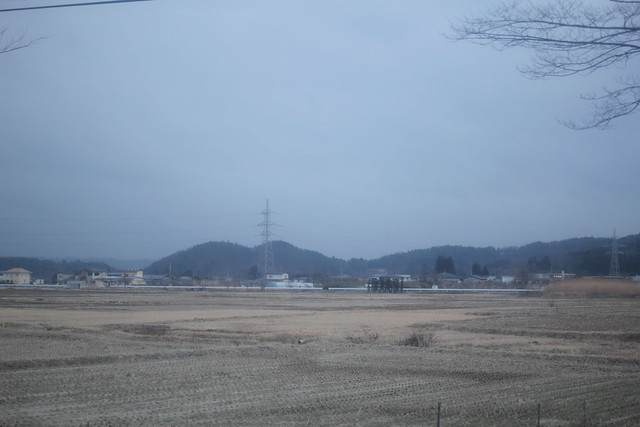 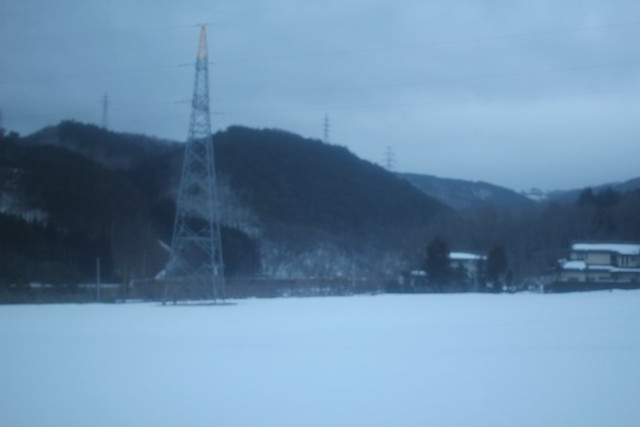 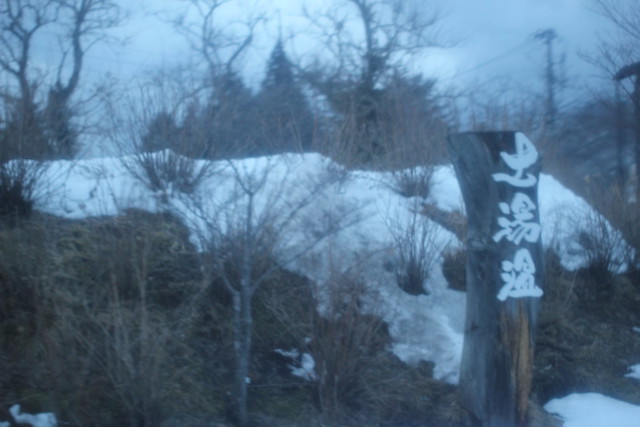 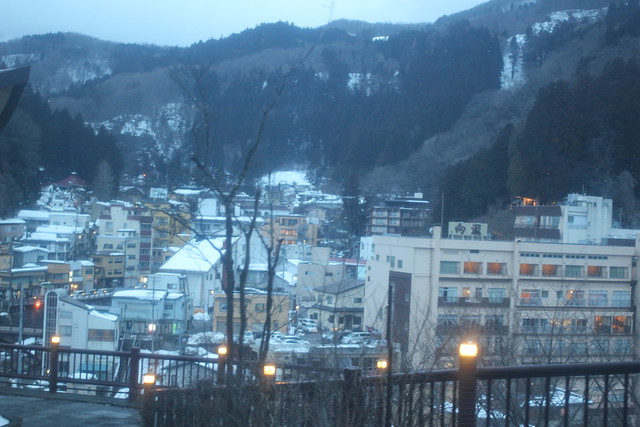 Tsuchi-yu is well known for their kokeshi dolls. I'm reading on Wiki that the snow storms here would make the town impossible to pass through, thus little tourism during the winter months. So the residents took on kokeshi craftsmanship in order to make money during these slow months. There were literally kokeshi everywhere. It was a little freaky, actually. John Malkovich would definitely star in this movie, as the kokeshi-maker of course. 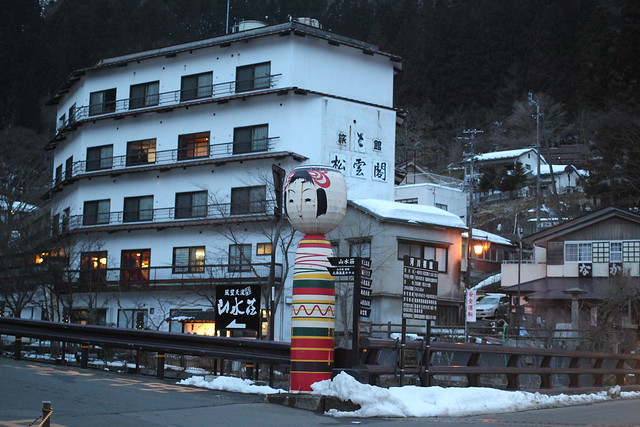 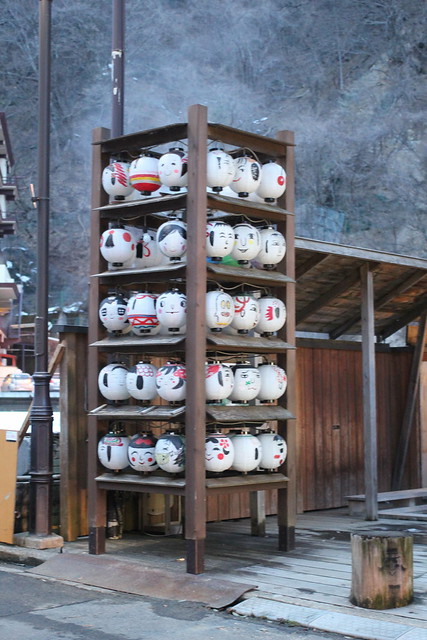 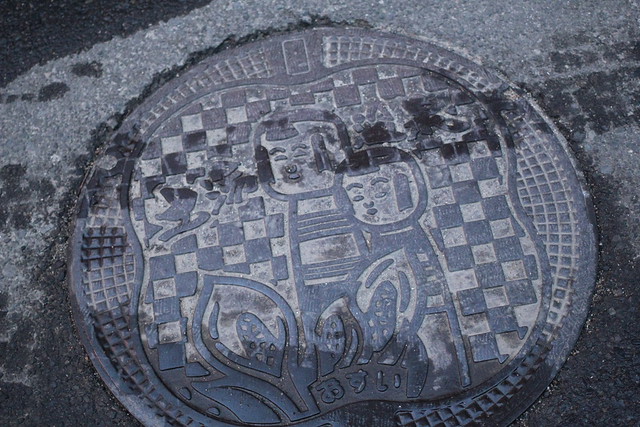 Our ryokan was a short walk from the bus stop. In the lobby they had the entire Hinamatsuri doll set out, for Girl's Day on March 3. 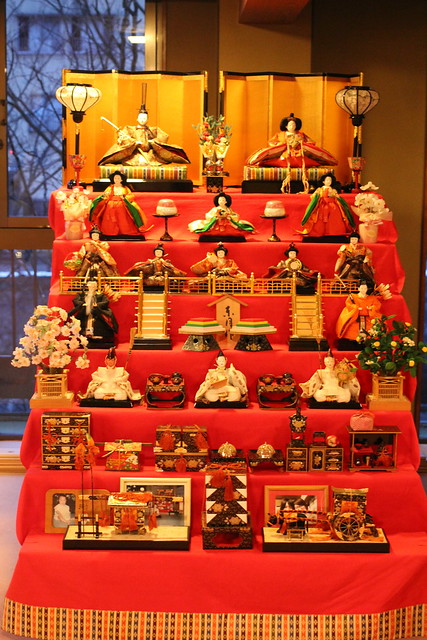 We only had about an hour until we were supposed to be downstairs for dinner. In Japan, they say that a hot bath makes you hungry. And here, the bath was HOT. Again, Wiki says that the spring water in Tsuchi-yu is 300˚F before it reaches the surface! Indeed, the onsen was scalding, and I needed to sit next to the cold water spout the entire time. Sorry, no photos of that hahaha.

Down at dinner, a feast was prepared for us. 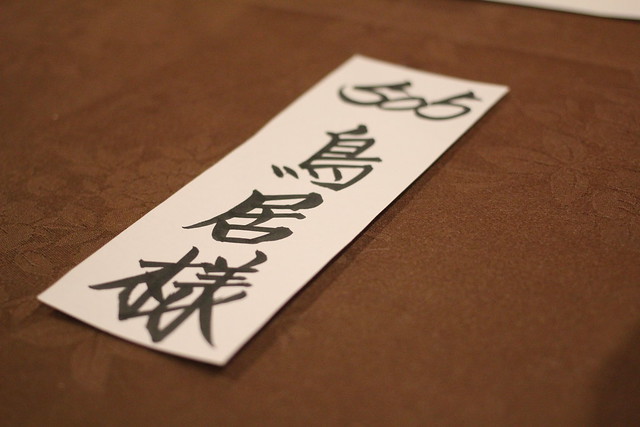 Pour for others! Photo by Yoko Kumano 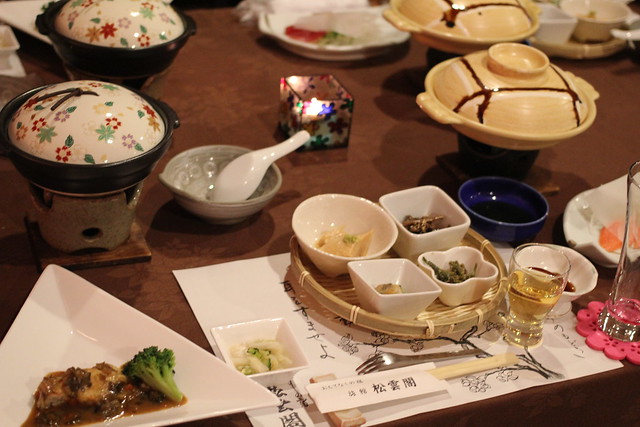 A lot of little plates 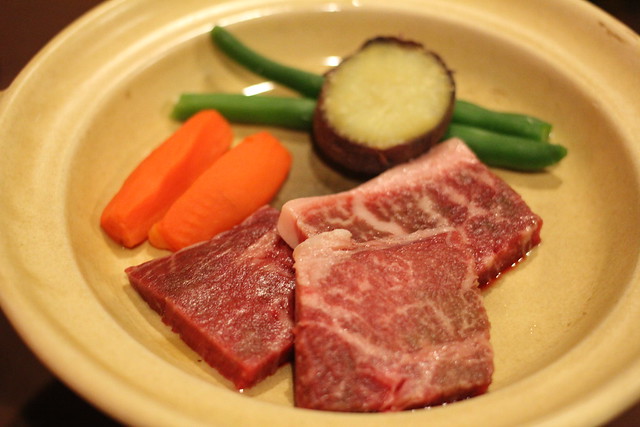 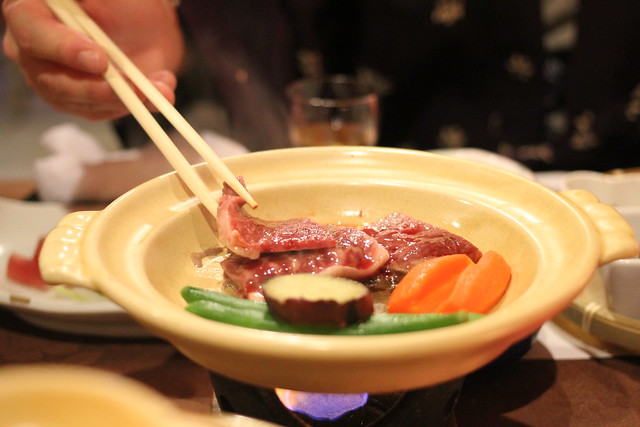 Our own personal skillets! Photo by Yoko Kumano 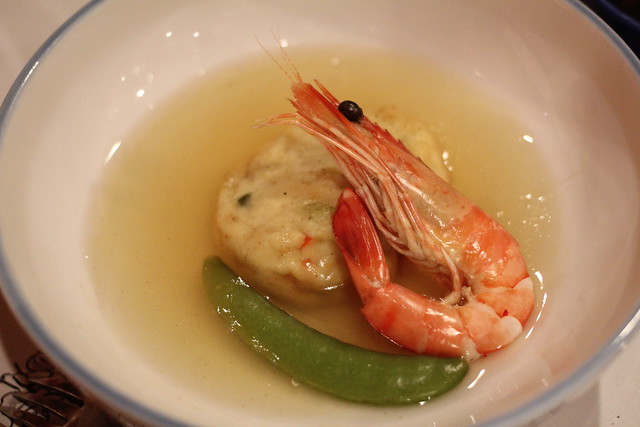 I enjoyed this dish, it was a fish cake with steamed shrimp in a thick ankake sauce 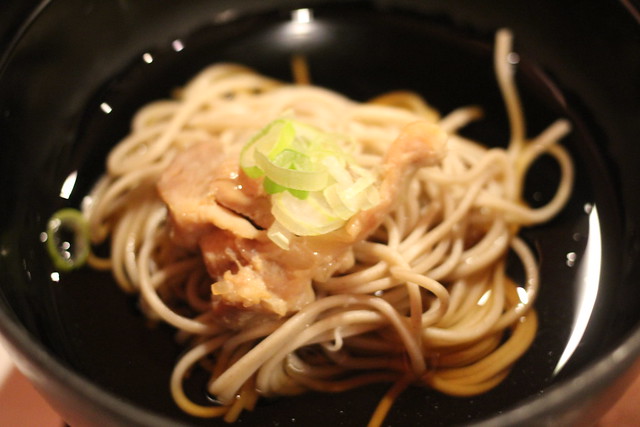 Back up in our room, it was time to drink! 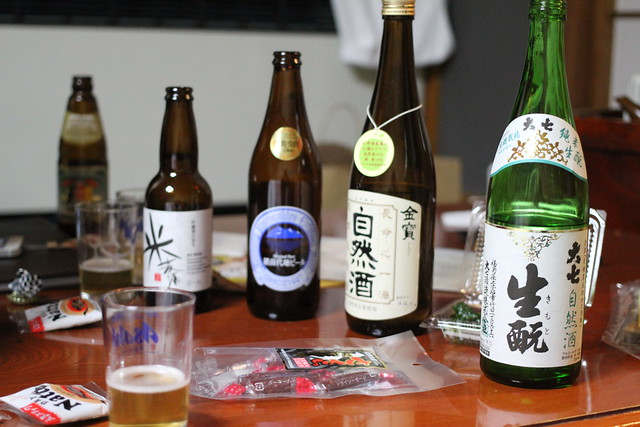 We had brought our own snacks and bottles of sake and local beers.

I'd love to give you my full-on two-cents about these beers and sakes but I was a bit drunk so my review may not be accurate. For sure the sakes were pungeant and as Tori-chan says, "Taste like a true Fukushima sake." They were very pronounced, fragrant and savory. It is a sake from Kinpou brewery on the left and an all-natural Kimoto sake by Daishici Brewery on the right (probably the most famous sake brewery from Fukushima). They were excellent accompaniments for... 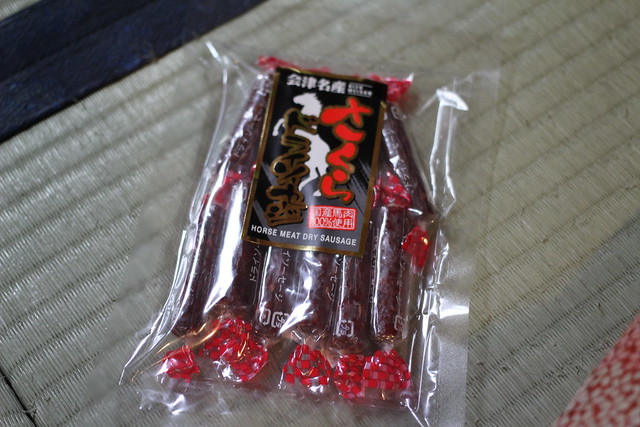 This shiso-maki is a Fukushima regional snack that paired really well with our robust sakes. Yoko and I made them the other day, stay tuned for the recipe!

Well, R&R can't last forever, can it? We've got to keep working harder to appreciate the down times. We left Tsuchi-yu early the next morning rejuvenated and ready for the rest of our monster trip.

Back at the train station I made room for a plate of soba. Tori-chan said that the soba is well known in Fukushima so it was high on my slurping list. 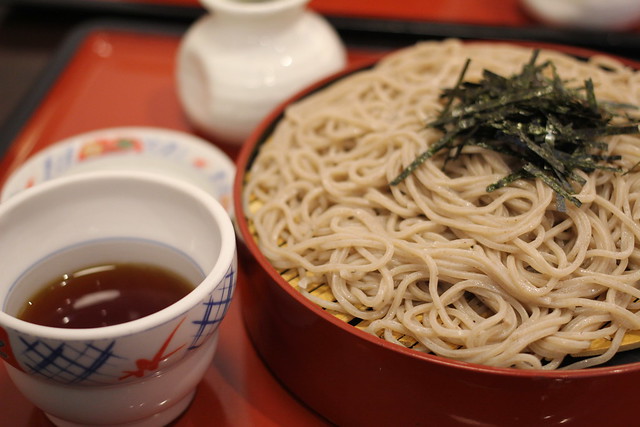 I have to say this was the best soba I have had in a long time. Al dente and the dipping sauce was very savory. We will absolutely be back, Fukushima!