Yoko, our friend Seri and I visited Honolulu last month and we had such a memorable trip! Our friend Mei was getting married in Kailua, so we decided to make a little getaway out of it. A bachelorette weekend for us, if you will.

We had visited Oahu earlier in the year, but it was cold and the North Shore was stormy. Whenever we drove into Waikiki, it was a mess of tourists and traffic. We had an awful meal at Giro Giro and Johnny was moody the entire time. It was a trip worth forgetting.

This time around, I wanted to make things right with Oahu. We took a family trip once when I was younger (according to my father, a trip to Hawaii meant that we've "made it" in America) and then again on a graduation trip with two girlfriends. I got my first fake ID on this trip! My name was Ashley McDonald, DOB 4/30/1976. I had fond memories of this island and knew that it could be better than my experience in the beginning of this year.

And it was! We splurged a little and stayed at a nice hotel in bustling Waikiki. With an oceanfront balcony!

We dined at Nobu, where we sipped Saketinis and had ankimo (monkfish liver) doused in a miso sauce:

That green thing was a little peach from Japan. We were charmed.

We sang karaoke in Japanese and English at Wang Chung's, an awesome late-night spot owned by Seri's friend from college.

Pro tip: you must get the crab rangoon!

We sailed into the sunset, drinking local beers, while overlooking Diamond Head and Waikiki beach:

We hiked the Pillbox in Kailua at dawn where Mei and Kevin tied the knot!

A major treat was this rabbit Loco Moco at Moke's in Kailua. They make their rabbit patties fresh using bunnies from a local farm:

Eaten this way, the rabbit had the texture of grilled fish. It was delicious.

We sunbathed at the famed Lanikai beach in Kailua...

As always, Yoko and I were craving some sushi or fresh fish. We did some Yelping and took a cab to Izakaya Gaku. It was about 10 minutes off the main drag by car and hard to get a reservation. When we showed up, we were all hungry but decided to stay put and wait patiently for our table at an Italian restaurant and bar across the street.

All this to say that it was definitely worth the wait. Gaku was more like a kappou to me than an izakaya -- it was more upscale, with distinctive ceramics and tableware. All of the gentlemen behind the counter were dashing and wore stylish chef garb from Japan.

The dishes on the menu were all well thought out and felt a bit more special than what you might find at any old izakaya. Like a dish of fresh-picked local yuzu: 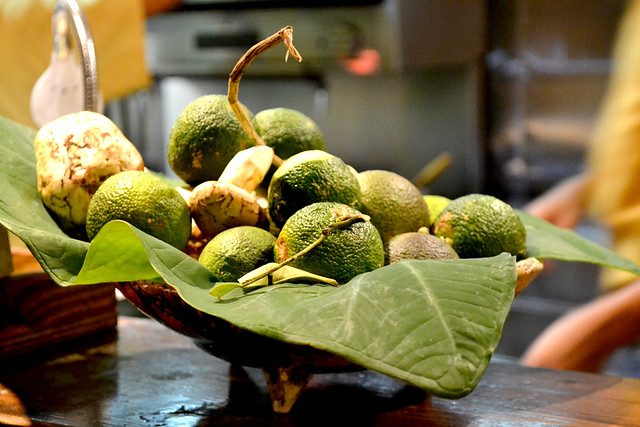 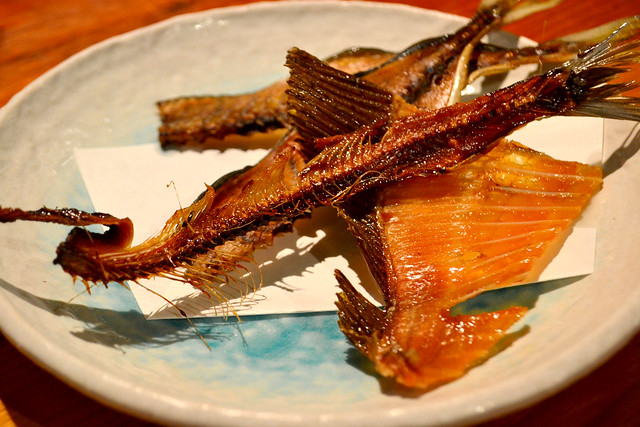 The most decadent sashimi moriawase (assortment) in the world! 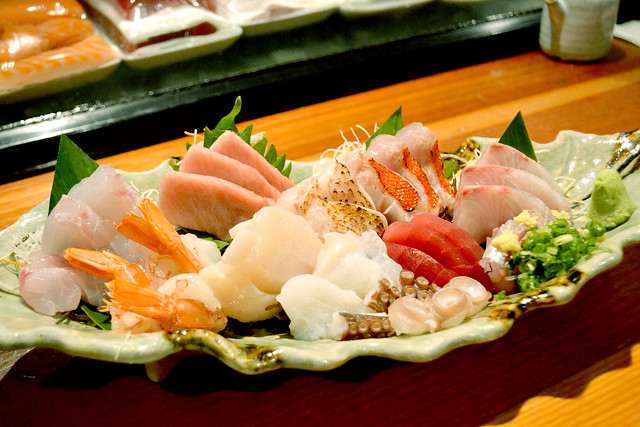 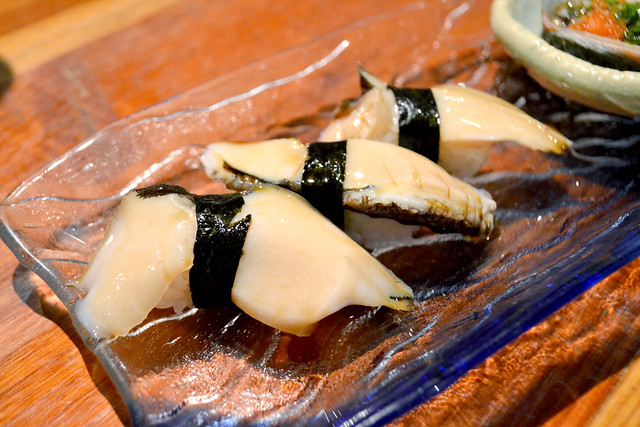 The texture of fresh awabi is difficult to describe -- it should be crisp yet pillowy. This was very special!

All served with Akitabare Koshiki Junzukuri, a dry and refreshing sake that paired so well with the entire meal.

The owner/chef clearly took pride in his eatery and its interiors, turning Gaku, a restaurant on a bustling drag in Honolulu, into a space that transported you to Kyoto. It was a special spot.

Other places that made the Umami Map are Leonard's for malasadas and Musubi Cafe for freshly squeezed rice balls.

I decided on this trip that I would return every fall. It's so close to the Bay Area and by September, tourism is sparse. See you in 2016, Waikiki!

Photos by Yoko Kumano, Seri Traver and myself.