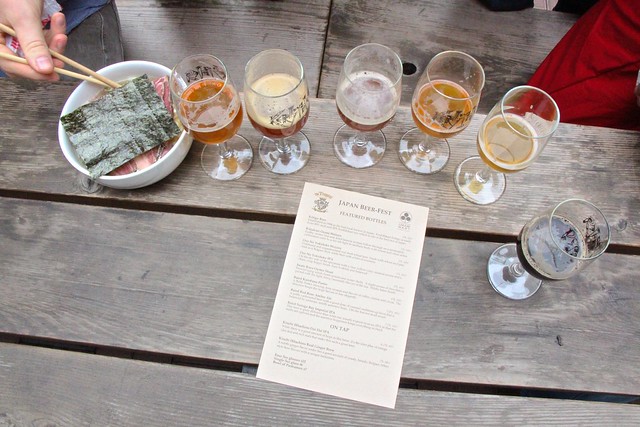 It was a humid and overcast Saturday morning on February 15th, 2014. It wasn't even 11:45am when people began lining up outside The Trappist, some even sneaking around the back to access the patio, where the festivities would take place. 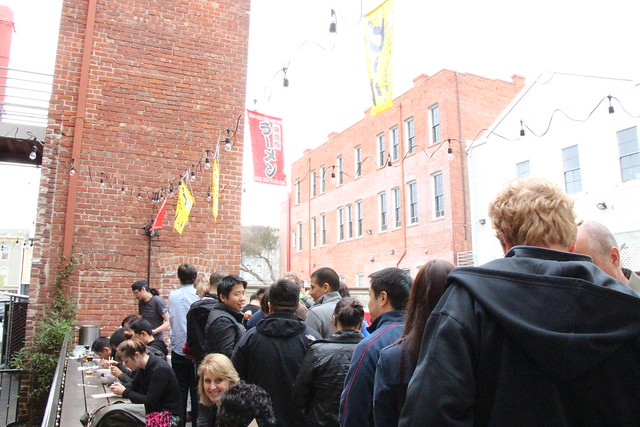 When 12 o'clock hit, a crowd flooded the patio, lining up for bowls of noodles and flutes of premium brews from Japan. Yup, it was an immediate fiesta. 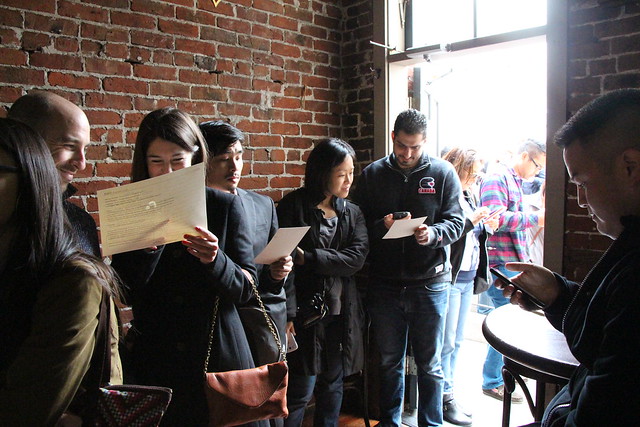 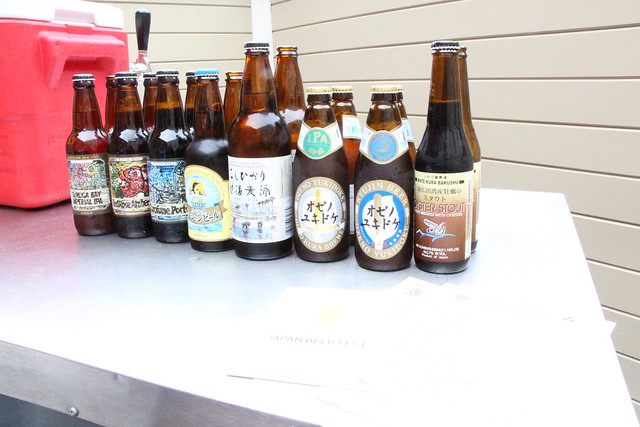 In addition to the unique beers, people came to eat! Conrad of Seto Ramen, teamed up with Michael, the chef at The Trappist and Mikkeller in SF, to make something so wrong, yet so right: Pastramen. 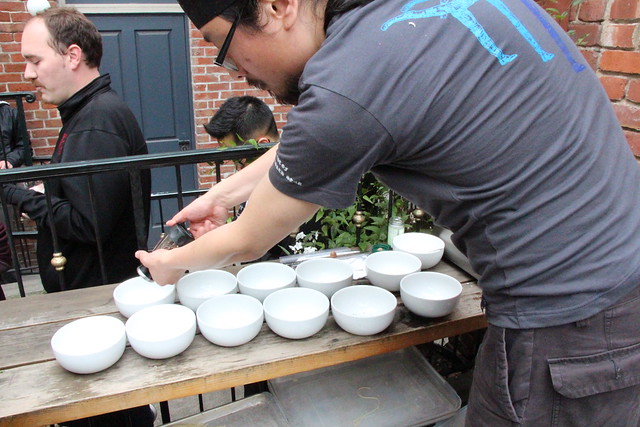 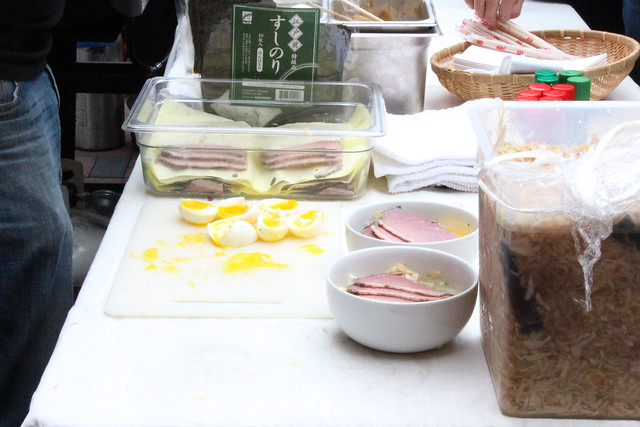 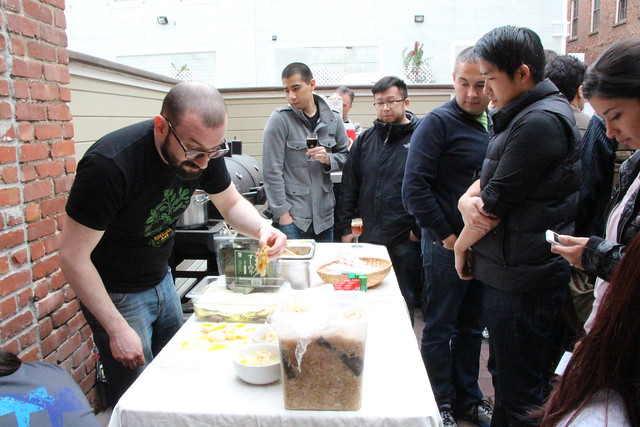 Pronounced PAST-ramen, this bowl consisted of noodles, pastrami, a soft cooked egg, sauerkraut, and an umami-bomb mushroom -- all of which swam in a pool of pastrami-broth. Again, wrongfully good, but so, so right.

Michael and Conrad prepared 150 order of Pastramen. By 2pm, the last bowl had been served. People settled down in any and every nook and cranny the patio had to offer -- some getting taking matters (and bowls!) into their own hands. 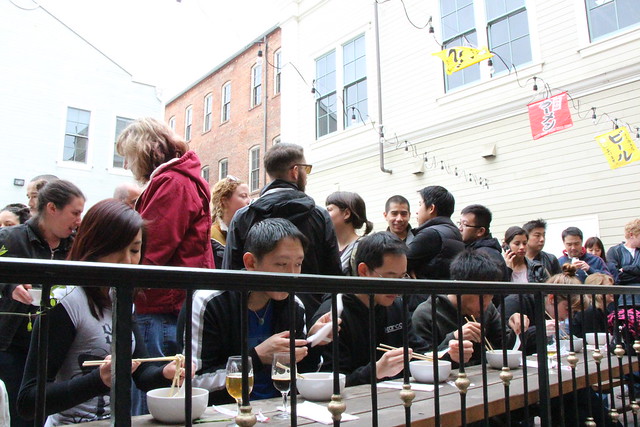 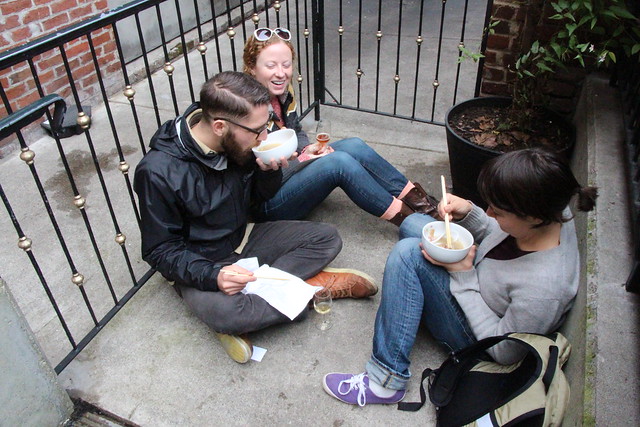 The soup, the flight, and the menu.

After the ramen sold out, people were able to relax and focus on BEER! The stout made with oyster shell sold out just after we stopped serving ramen. There were so many excellent beers to choose from! 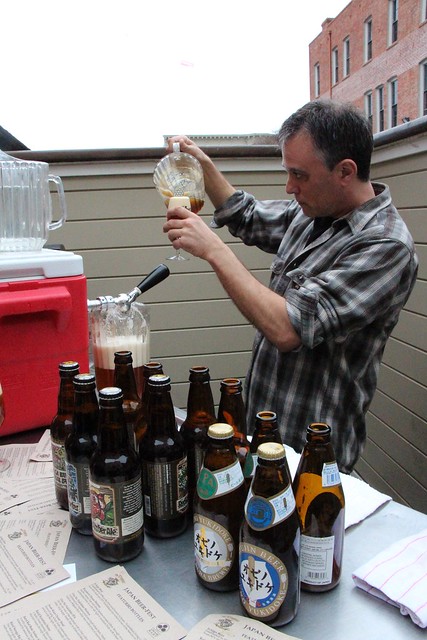 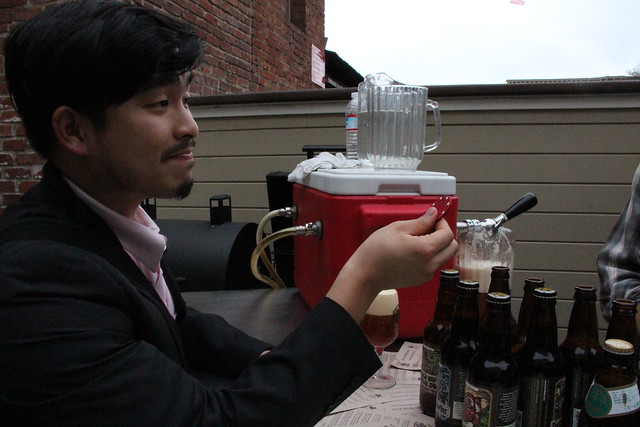 If you were at The Trappist this lovely Saturday, your afternoon would have looked somewhat like this: 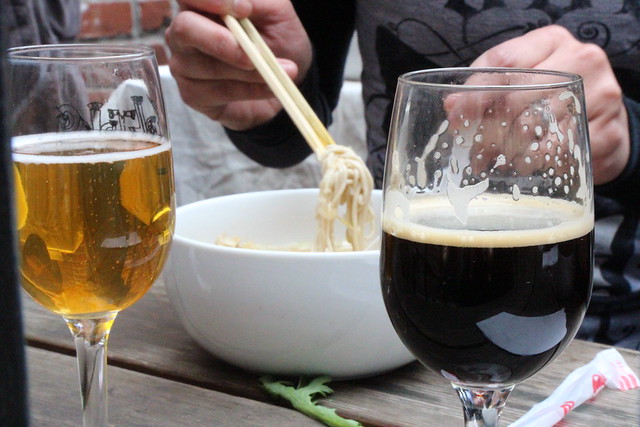 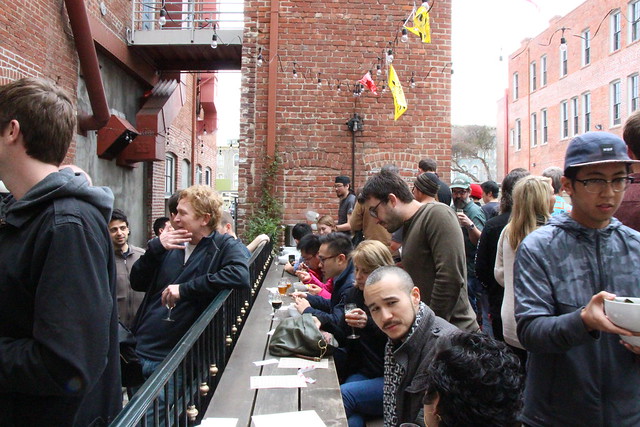 The Umami Mart crew working hard to identify the UMAMI in these beers. 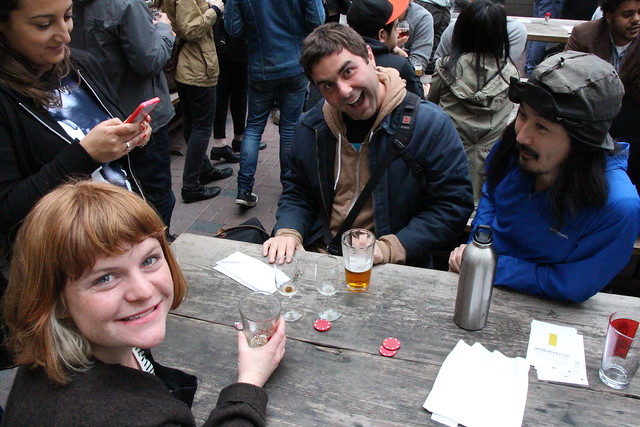 Thank you to The Trappist for co-hosting this awesome event with us, and Michael and Conrad for creating such a delicious dish! The memory of PASTRAMEN still lingers. 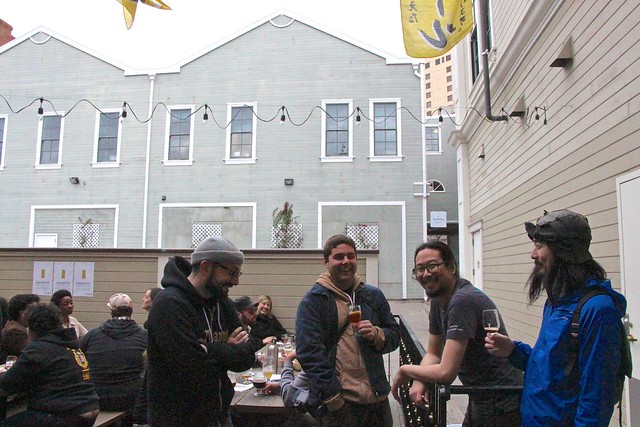 And thanks to everyone who came out for our first Japan Beer Fest. Until next year everyone, kanpai!

All photographs by Melissa D. Gordon.